There are a few questions in the hot questions and in meta that make clever use of Unicode. The titles of these questions render poorly in the iOS app. For example: 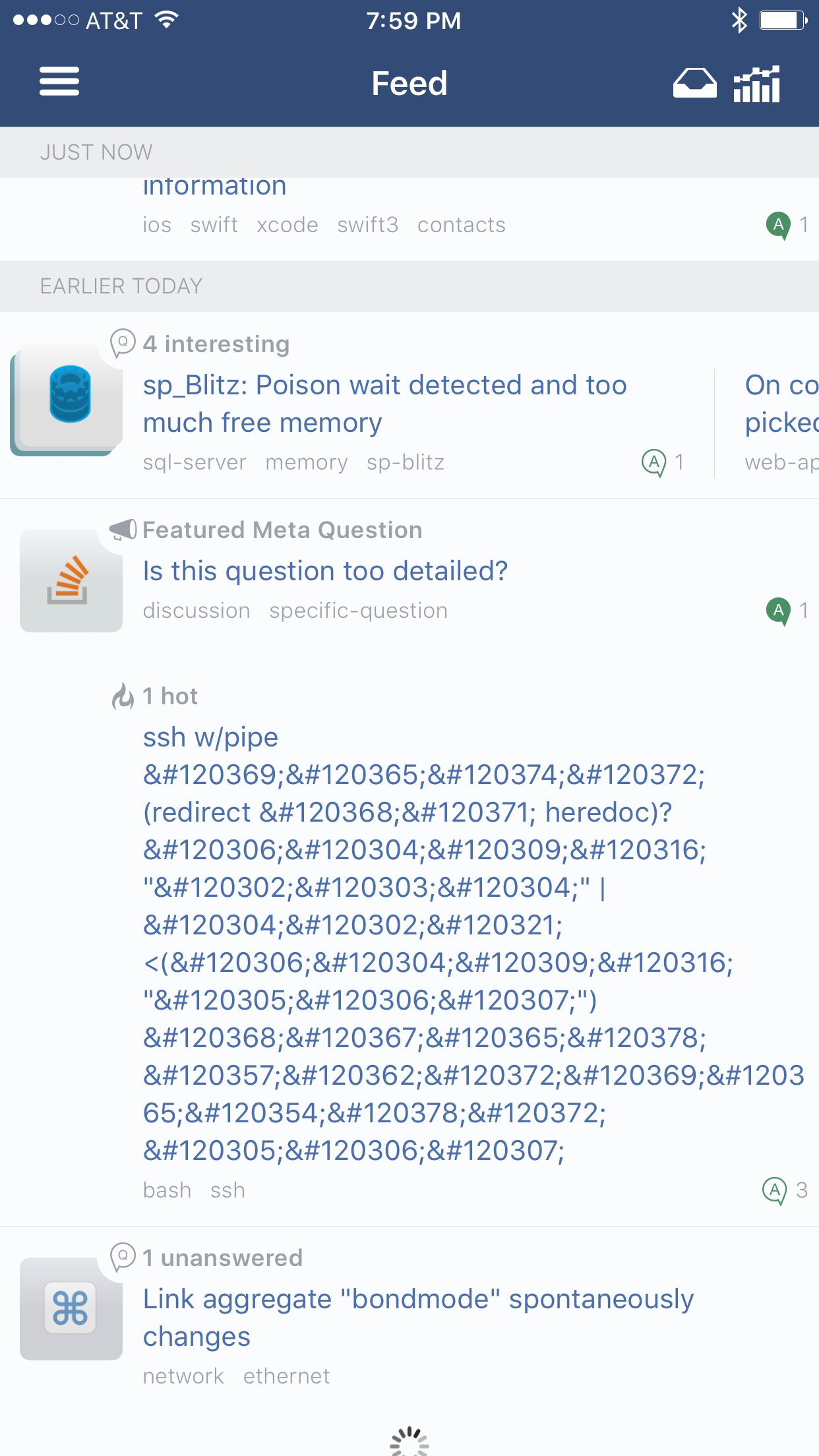 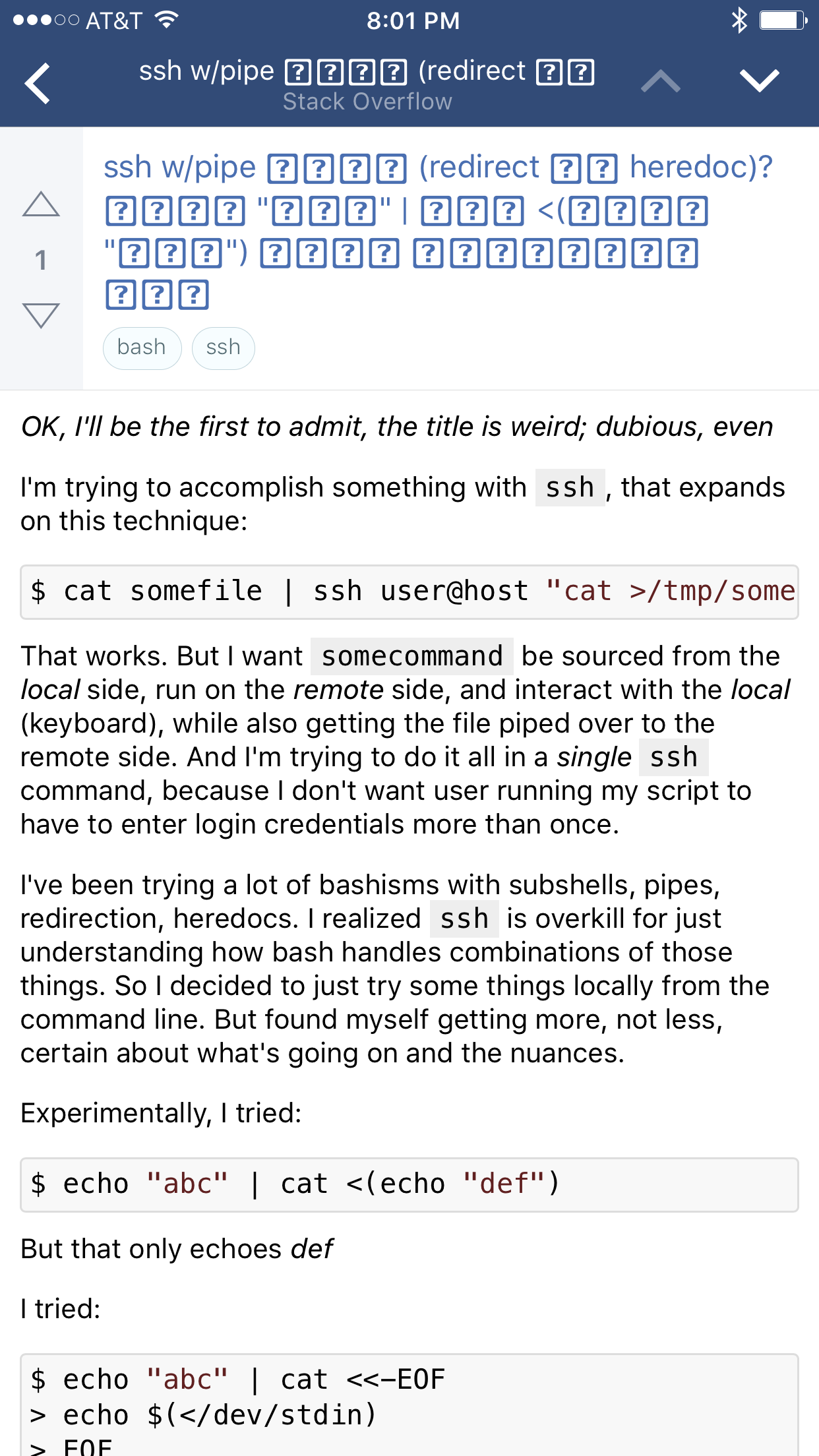 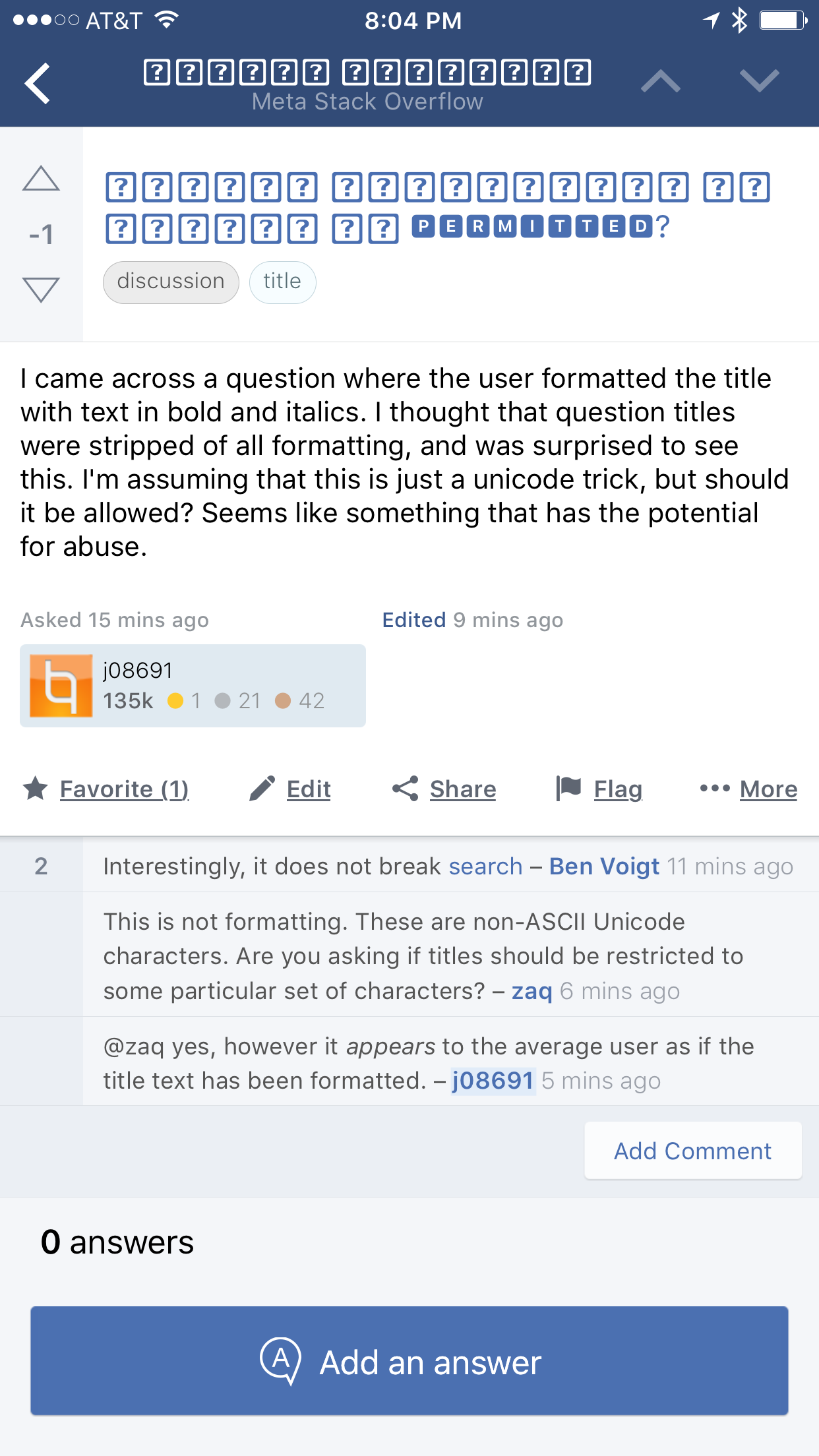 To clarify, the following things seem like bugs to me:

And in the message viewer it's different:

There are two problems at play here.

The one that I can actually help with is that DTCoreText doesn't support HTML entity codes longer than 5 digits, and even for those five digit ones, anything outside of the UTF-16 range is broken.

I've submitted a pull request that expands the support to all UTF-32 codes.

The difference between the feed and the title on the actual question is just that for whatever reason an aggressive layer of entity conversion is happening in the feed model.

The other problem is that even when that pull request is accepted, the iOS UI fonts don't support those characters. You need to pester Apple on that one.

Not the answer you're looking for? Browse other questions tagged bug ios-app .

40
Cannot @ reply to users with usernames composed of non-visible unicode characters
15
Why is the mod diamond red for question titles in the iOS app? ♦
9
Wrong avatars showing in iOS app
96
Too many Shogs when viewing the close reason in the iOS app