Whilst using the SE Android application last night I noticed I had an upvote on this answer I wrote a while back. This answer features the ♦ character which is the same character used to distinguish moderators. Rather than treating this as a regular ♦ character, it gives it the same larger, orange style that the moderator diamonds have, both in text and within a code block: 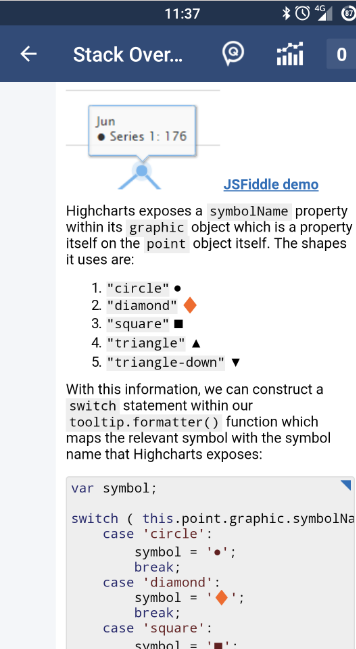 This affects the listing screen as well as question titles: 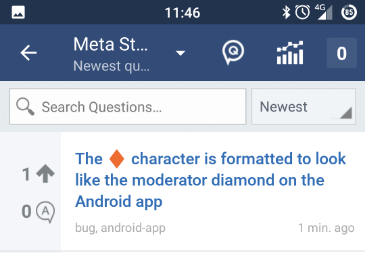 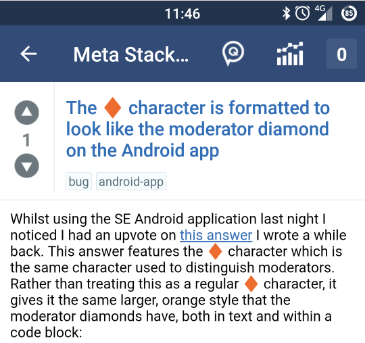 On my phone, I see a shaded black diamond: 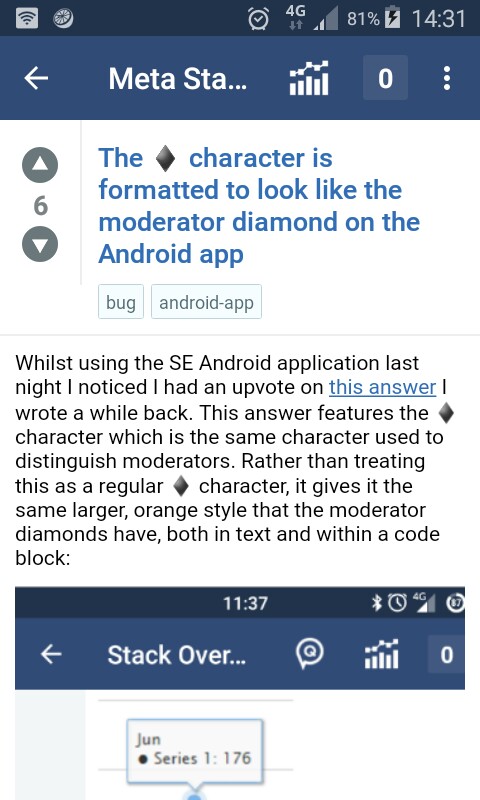 This indeed looks the same as the diamond after moderators' user names does on my device. It also matches the appearance of the other black playing card suits in my comment above. I thus conclude that tha SE Android app isn't actually doing anything special about the ♦ character, but just letting your device render it as usual. It just happens that your Android device is choosing to render it as a fancy colored (or, in my case, shaded) "emoji-style" character, rather than as just a flat black geometric shape. The exact appearance probably depends on your Android version and any customizations your device vendor may have made, including the set of installed fonts.

Anyway, perhaps the real issue here is that the app should be rendering the real mod diamond as some custom icon, instead of just displaying a Unicode U+2666 Black Diamond Suit character and letting the OS render it any way it likes?

14
Titles beginning with double-quotes are missing their first and last characters in Stack Exchange global profiles
42
Adding a new link to a post messes up indexes in square brackets in code already present in the post
99
Moderator diamond is too large relative to other text on Android
192
Allow us to vote to delete from the Android app
115
What are the permissions the Android app needs?
8
Stack Exchange android application crashes too often
52
Please show hats in the Android app (aka android app hates hats)