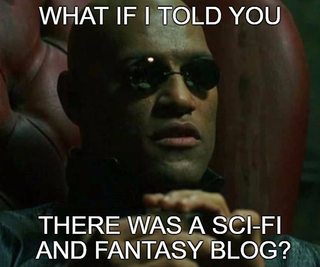 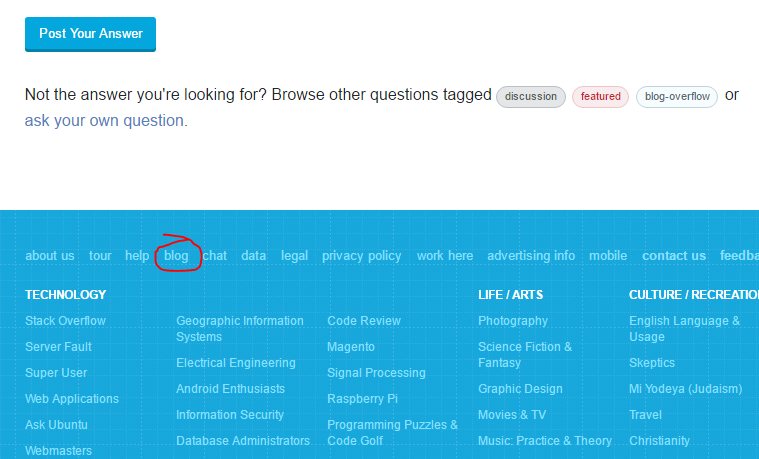 163
What privilege should 30k users get?
43
Can we have a list of all the Stack Exchange domains somewhere, for firewall purposes?
42
We're no longer starting new individual site Community Blogs - here's why
14
What's going to replace the moderator newsletter when Blog Overflow is shut down?
13
Why do I see a Spanish featured blog post?
13
Link to blogs outside BlogOverflow in StackExchange menu?
8
Not a good example: example newsletter takes over 10 seconds to load
9
How can we improve blog promotion?
8
Where can I find site community blogs?
-10
Stack Exchange topic-specific blog posting
See more linked questions

1476
Fastest Gun in the West Problem
2784
A Terms of Service update restricting companies that scrape your profile information without your permission
827
Net Neutrality and Stack Overflow / Stack Exchange
493
Congratulations to our 29 oldest beta sites - They're now no longer beta!
2482
Firing mods and forced relicensing: is Stack Exchange still interested in cooperating with the community?
2219
Stack Overflow is doing me ongoing harm; it's time to fix it!
973
Firing Community Managers: Stack Exchange is not interested in cooperating with the community, is it?
550
The company’s commitment to rebuilding the relationship with you, our community