This question has been asked before, but the suggested feature request wording was not specified. I am suggesting a three word addition to the voting icon descriptor:

Something as simple as appending "feature request agreement/disagreement"

It would be great to see the voting arrow descriptors indicate that on meta the votes indicate "agreement/disagreement". This information is available in the Help Center:

On posts tagged feature-request, voting indicates agreement or disagreement with the proposed change rather than just the quality or usefulness of the post itself.

...but it would be useful to have it right at the point of action: 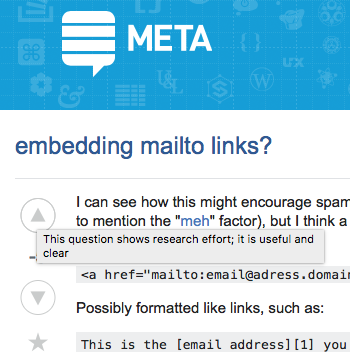 19
Meta Stack Exchange should not penalize downvotes
72
Add a note about downvoting on Meta
17
Why do we have a down vote rep threshold for meta?
177
Don't lock votes on Meta sites
36
Voting on Meta is not just for (dis)agreement. Update the help center to reflect this
5
Add “Voting on meta sites is different” confirmation text before allowing a post on meta sites