How do I un-favorite a question that has been migrated to another SE site?

Almost a month ago, I favorited this question which was originally asked on Movies & TV SE. It was later migrated to Music Fans SE.

I favorited this question to check its status. Now, it's been migrated and I want to un-favorite it. But I can't do that because I favorited it on M&TV, not on Music Fans.

So, my question is, how do I un-favorite questions that has been migrated?

Here are the screenshots if it can help. 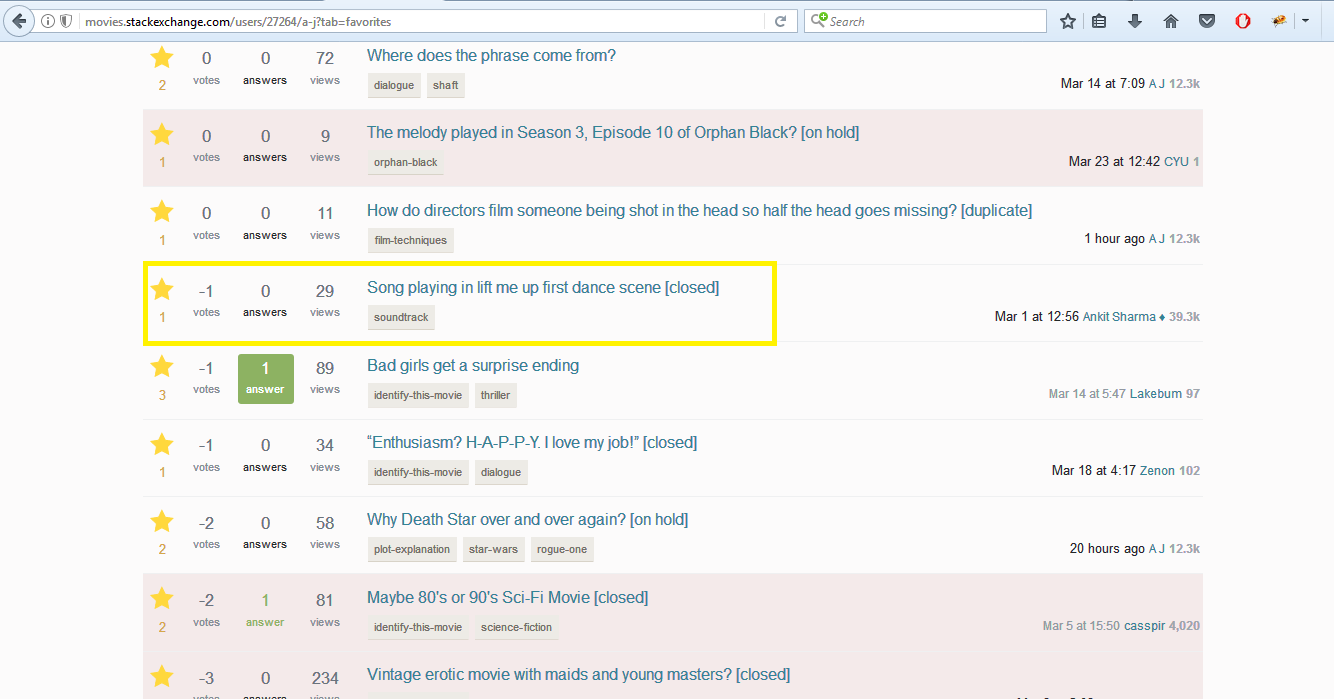 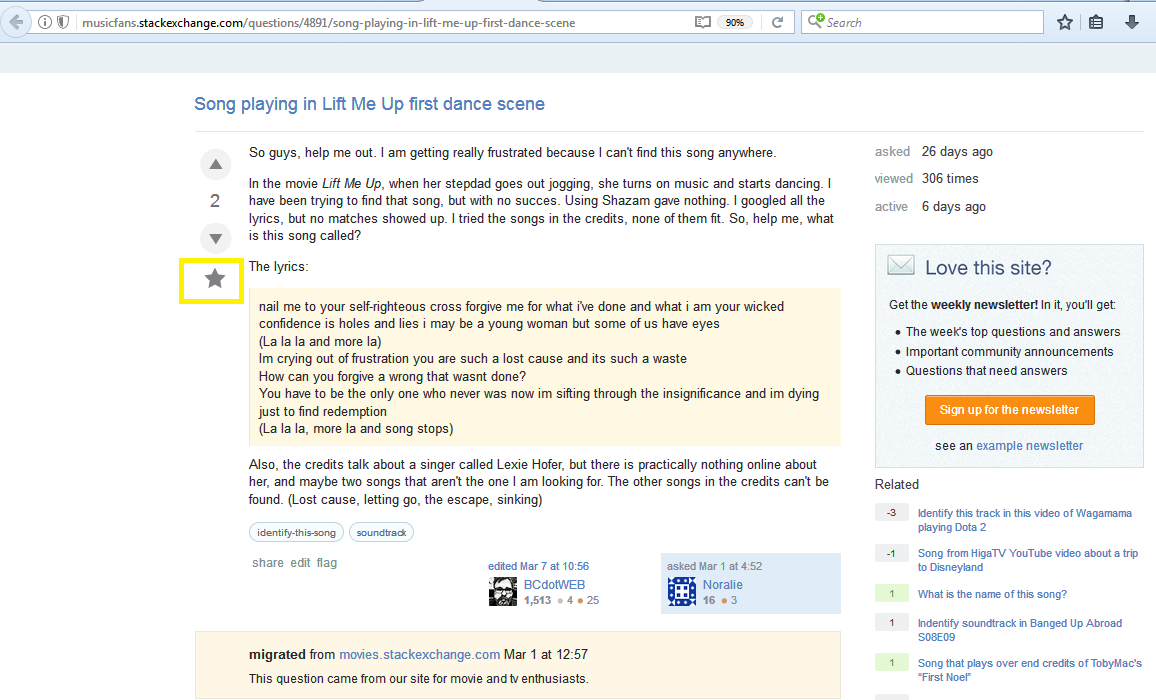 For example, use this for your case:

And then just unfavorite it by clicking on star.

I found another way to un-favorite a question.

The trick is to go to favorite tab (taking my profile as an example) and click on the star on the left side of the question that I want to un-favorite.

Not the answer you're looking for? Browse other questions tagged support bookmarks migrated-questions .

6
Bug: Can't de-favorite a (locked, closed, migrated) question
711
How do I get attention for one of my own questions without a good answer?
9
Subscribing to receive notifications at a fine-grained level
266
How do question bookmarks work?
19
Should 'favorite' stars migrate with a question?
25
Pipe migrated questions to the review queues of the destination site
6
How can I filter my Favorite questions based on a tag or set of tags?
5
Why can't I vote to delete a migrated question?
313
Was the retroactive change to CC BY-SA 4.0 approved by Stack Exchange's lawyers?