Discrepancy between the green rep number and the numbers inside [duplicate]

Is there a reason for this? Or is it an actual bug? I haven't received any downvotes recently, so that's not the issue.

Edit to include some questions from the comments below:

Re duplicate of this: I haven't deleted any posts recently, nor have any posts of mine been deleted, as far as I can tell. 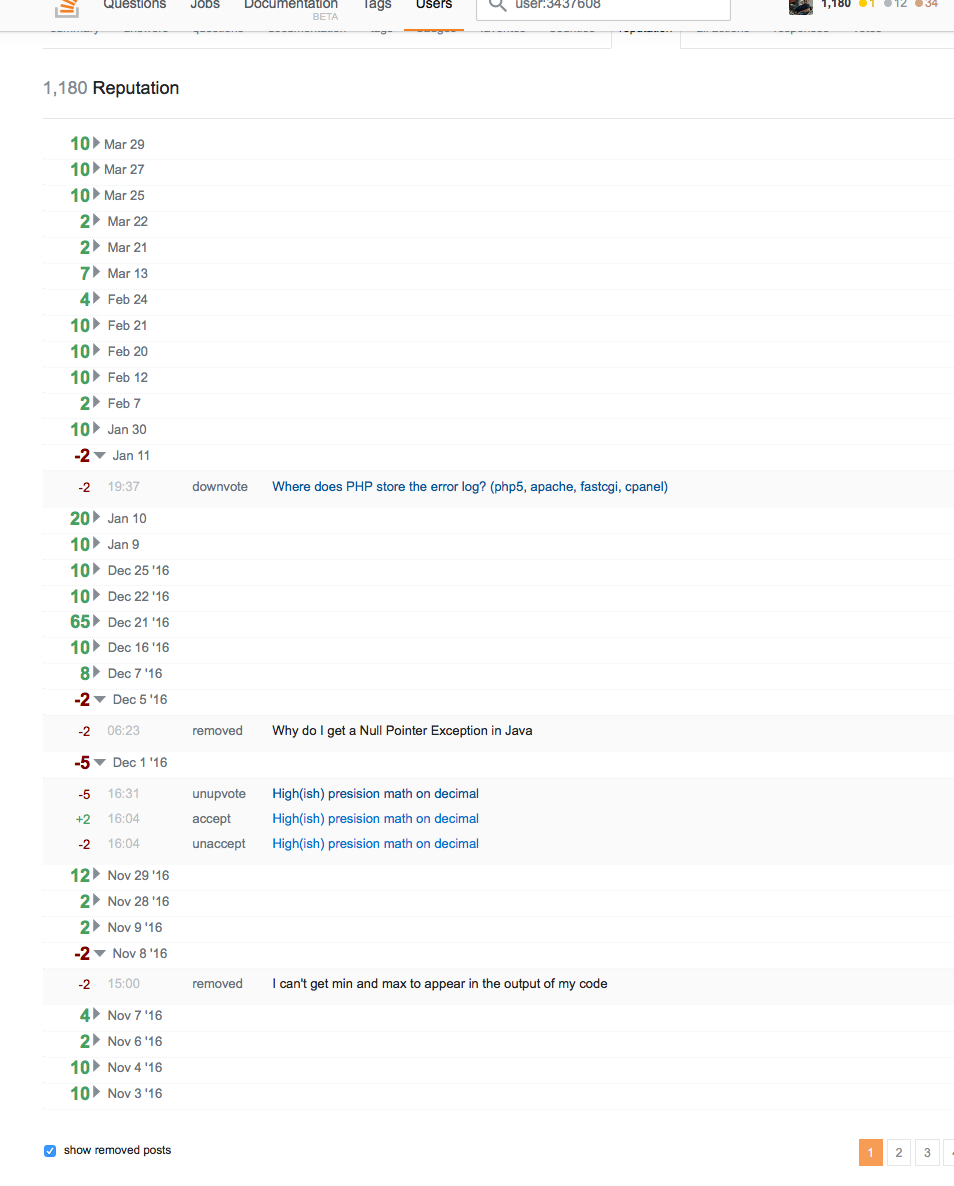 IIRC, I have downvoted an answer (or question) before (at some point in time), but I'm pretty sure it's been at least 6 months :D. @Shadow Wizard said that maybe the answer I downvoted (-1) got deleted (+1), and then undeleted (-1). That's possible, I guess (I had thought that they expire after a while and only mods can undelete, but I guess that's not the case).

Aannd it just happened again. (Although as @Cai pointed out, I might have already gotten the +5 from this post so this might be a false positive (aha- see what I did there)) 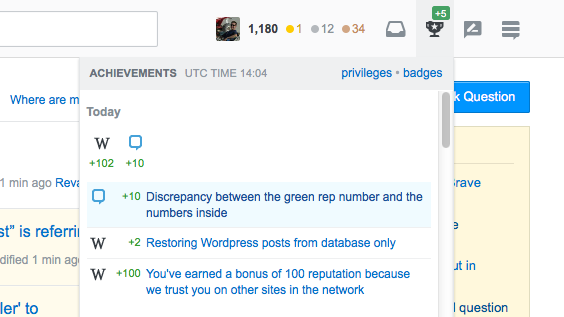 I see this routinely - a discrepancy of 1 - and I think it's because something I downvoted was deleted. This gives me my -1 back. The thing to click on might say +11, but when I click, I only see a +10 event. There's no "event" in the dropdown for the +1 of getting my -1 back. I have also seen the loss of a +2 for editing something, and I supposed if I both suggest-edited a question and downvoted an answer to it, and the whole thing was then deleted, I would have a net of -1.

The point is, when you lose or gain rep due to the deletion of a question or answer, you don't see it listed in the dropdown of things that affected your rep. I am not sure whether you see it on your rep page or not, but my hunch is you do not, that the original entry days ago giving you the rep just goes away.

Not the answer you're looking for? Browse other questions tagged support achievements-dialog .

41
Reputation items in the achievements dropdown don't add up
0
Green rep change notification doesn't match the actual number in the tab
26
Topbar tells me about a +1 recovered from a deleted DVed post, but detail view doesn't show it

726
Which tools and technologies are used to build the Stack Exchange Network?
780
What are the badges I can earn on each site, and what are the exact criteria for earning each badge?
70
Show recently cast downvotes
535
What is the association bonus, and how does it work?
128
The vote fraud script breaks legitimate polling questions - A serial downvoter's lament
141
Make voting activity on your posts available on site metas (what you would get from rep if metas had rep)
416
A site (or scraper) is copying content from Stack Exchange. What should I do?
10
Help! A moderator asked me to undelete my “answer”, but it seems I can't
2390
Firing mods and forced relicensing: is Stack Exchange still interested in cooperating with the community?