Can we protect an answer from spam comments?

I had an answer on Stack Overflow that helped a few iOS souls. The question itself is protected from spam answers but my answer is filled with spam comments like

Screenshot of some of them in case comments end up getting removed: 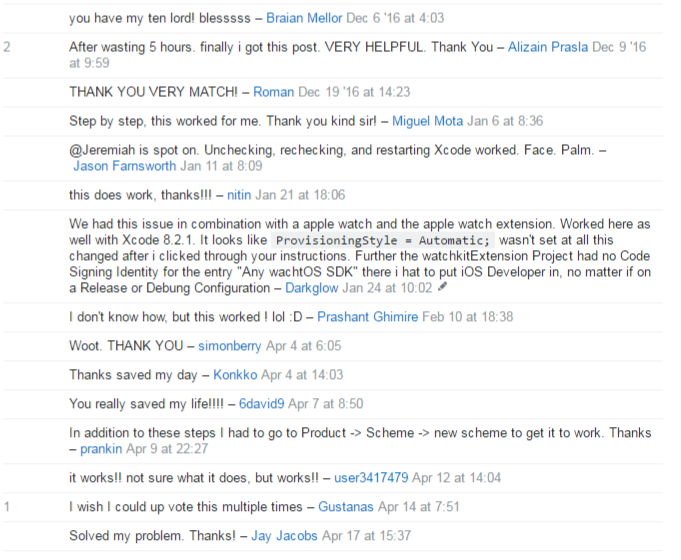 Is there a feature to protect an answer from spam comments? If there isn't one, can it be requested? Seems like the monkey just got moved around ... from spam answers to spam comments.

discussion comments rules
Share
Improve this question
edited May 23 '17 at 12:35

There is no preemptive protection for this. Comments matching certain patterns are automatically deleted when you flag them (not sure where that is formally documented) but "thanks" isn't one of the patterns. Currently, you have to take action after the fact.

Then, a mod will eventually handle it.

I've gone through and flagged the comments on that post (the flags were handled within a couple hours and the comments are now cleaned up). That post's comments were... unusually bad.

Comment protection similar to post protection (raised rep threshold) would be problematic as you don't want to prevent new users from leaving relevant comments. The only reasonable option, if protection were added, would be to e.g. add short comments containing "thanks" to the auto-delete-on-flag filter, which is a good balance of easy deletion and required human intervention (still, it would be difficult to create an accurate filter that also matched everything in your example). On the other hand, the current flagging mechanism is effective and relatively quick.

Not the answer you're looking for? Browse other questions tagged discussion comments rules .

61
Common reasons why your meta post may be negatively received
-7
Should we really allow thank you comments?

1080
Should 'Hi', 'thanks', taglines, and salutations be removed from posts?
342
Allow downvoting comments
362
Inline links in comments
429
Add data.SE style "magic links" to comments
14
Should not questions be automatically protected, when the number of deleted answers from deleted accounts is higher than X?
714
Your answer is in another castle: when is an answer not an answer?
417
Can a machine be taught to flag spam automatically?
2474
Firing mods and forced relicensing: is Stack Exchange still interested in cooperating with the community?
717
Dear Stack Exchange: a statement and a letter from your moderators