Should we edit old posts and change Programmers to Software Engineering?

The Stack Exchange site that was known for years as Programmers.SE has been officially renamed to Software Engineering a while ago. Obviously, in any new post we should use the new name.

However, should we also edit old posts to reflect the change? Here is one example, where someone edited then someone else rolled back the edit: 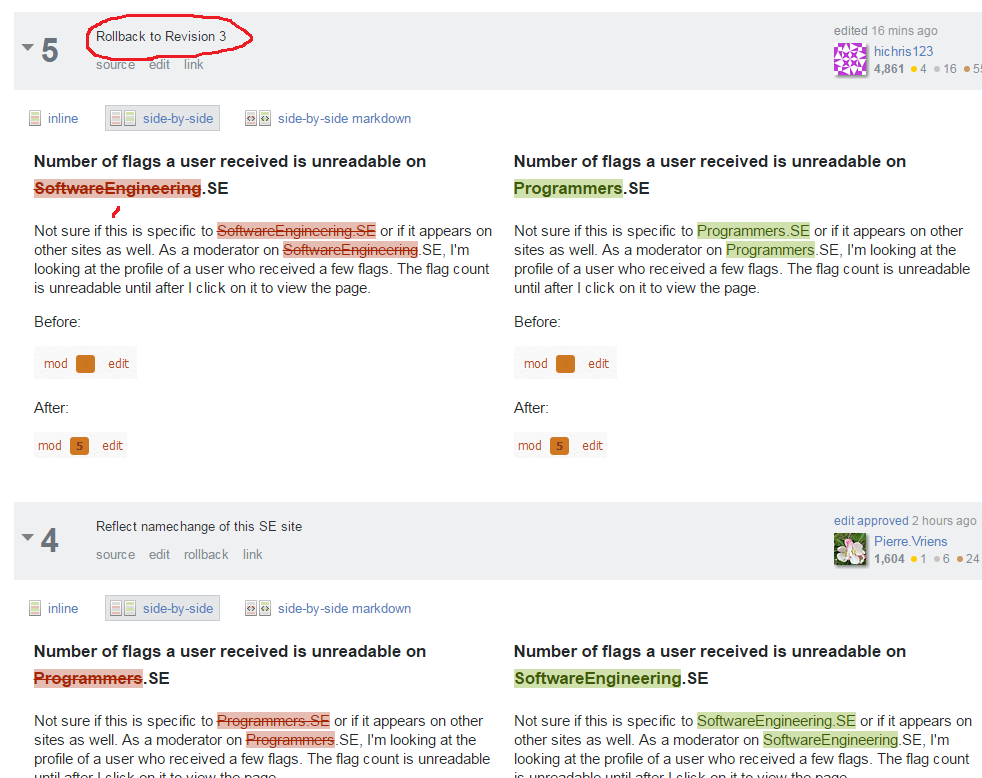 So, before we go into edit wars, can we please reach a decision here and act (or not act) upon it?

There is no reason not to, but only when it actually helps. The questions need to be considered carefully, first. For example:

So if you are going to make an edit, instead of blindly editing, it's important to actually read the question and consider what the appropriate action should be. Don't edit it if it's not a useful question. Close it (without editing and bumping) if it needs to be closed. Etc. Before editing ask yourself "Who will benefit from this change?".

This applies not just to editors, but to reviewers of suggested edits as well. Always be sure to take a good look at the question and make sure the suggested edit matters and/or consider if there is a more appropriate action to be taken (such as closure).

This goes for all such "edit quests" in general, by the way. Not just programmers -> software engineering.

As for rolling back: To me, the major issue is the bumps, and a rollback doesn't help with that. The other issue is when a more appropriate action should've been taken, which you can still take without a rollback. If the edit is already made, unless it hurts the question itself, might as well leave it alone at that point. If somebody else does choose to roll it back, personally I'd just let it go, because if it's on an inconsequential question, then at the end of the day it doesn't really matter if it's "programmers" or "softwareengineering", and what's done is done (edits, rollbacks, and all), no reason to carry it on or start edit wars on old posts. The one case where you'd want to roll it back, though, is if the literal name "programmers" itself is critical to the question, although I can't think of an example.

Also, please excuse me for not being completely articulate, I haven't had any coffee yet.

Not the answer you're looking for? Browse other questions tagged discussion edits site-name .

12
Number of flags a user received is unreadable on Programmers.SE

985
Should 'Hi', 'thanks', taglines, and salutations be removed from posts?
30
How should we handle questions for projects that have been renamed or forked?
301
The future of meta.stackoverflow and meta.stackexchange
76
Should I vote to close a duplicate question, even though it's much newer, and has more up to date answers?
291
How do we encourage edits to obsolete/out of date answers?
30
Is “Software Engineering” the replacement of “Programmers”?
17
Data dump, Programmers and Software Engineering
370
Updating the Hot Network Questions List - now with a bit more network and a little less “hotness”!
1801
Stack Overflow is doing me ongoing harm; it's time to fix it!