Check the answer to the question, Does anyone know how Slic3r determines its infill adjacent strand spacing, instead of using fill density?

Looking at the screen shot below: 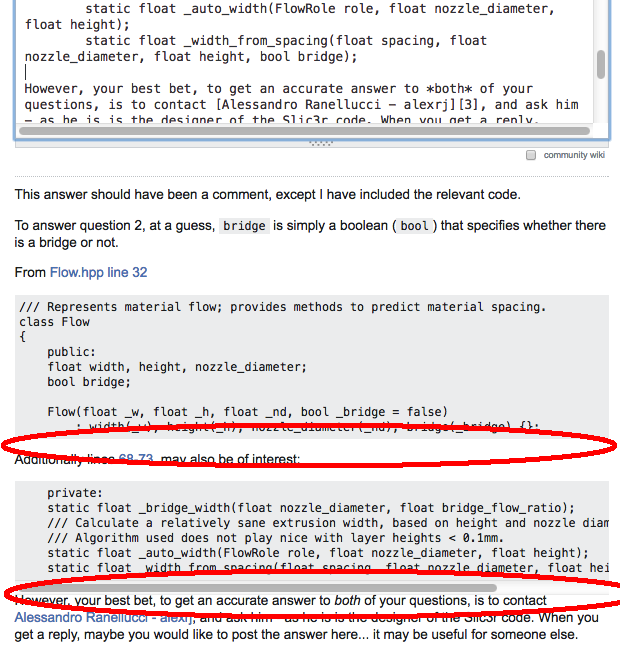 The text under the first code snippet (which had no horizontal scroll bar) is nicely spaced, with a blank line between the snippet and the next paragraph.

The text under the second code snippet (which has a horizontal scroll bar), is much more tightly "bunched up" to the bottom of the snippet. There is no (or not much of a ) blank line between the second snippet and the start of the following paragraph.

It appears that the additional horizontal scroll bar is taking the space provided by the blank line.

It would be nice if the snippet with the scroll bar, provided an additional blank line, somehow.

Hmm... could be caused by out of date browsers...

2
Strange scroll bar in source code display
0
DOS-format files appear to become double-spaced when pasted into question
472
How do I escape a backtick ` within in-line code in Markdown?
12
Attempting to space out multi-level lists causes mis-alignment of child elements
1
Formatting bug with strikeout
4
nested formatting inside code block
4
Code blocks have no background colour or scrollbars in beta sites