Data.SE breaks when looking things up on Beer, Wine, and Spirits

When switching sites to Beer, Wine, and Spirits on the site switcher on data.SE (this thing), I get a Runtime Error: 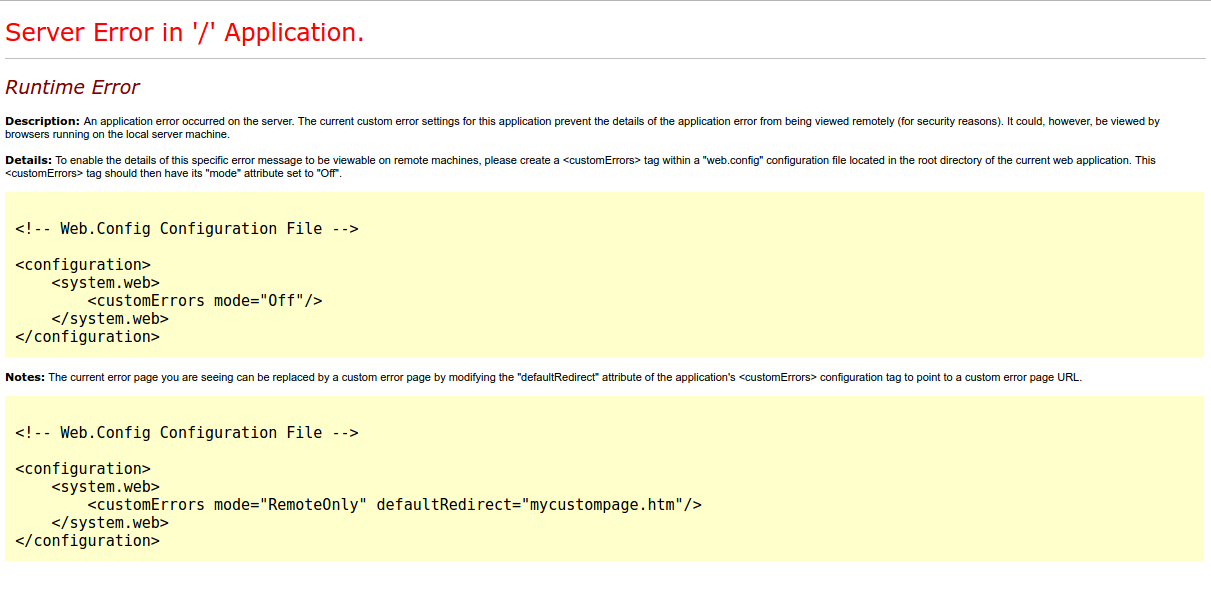 Description: An application error occurred on the server. The current custom error settings for this application prevent the details of the application error from being viewed remotely (for security reasons). It could, however, be viewed by browsers running on the local server machine.

Details: To enable the details of this specific error message to be viewable on remote machines, please create a tag within a "web.config" configuration file located in the root directory of the current web application. This tag should then have its "mode" attribute set to "Off".

Tested on this query and this one.

The problem is the & in the name of the site. The actual error thrown is:

A potentially dangerous Request.Path value was detected from the client (&).

Here is my local reproduction of the error: 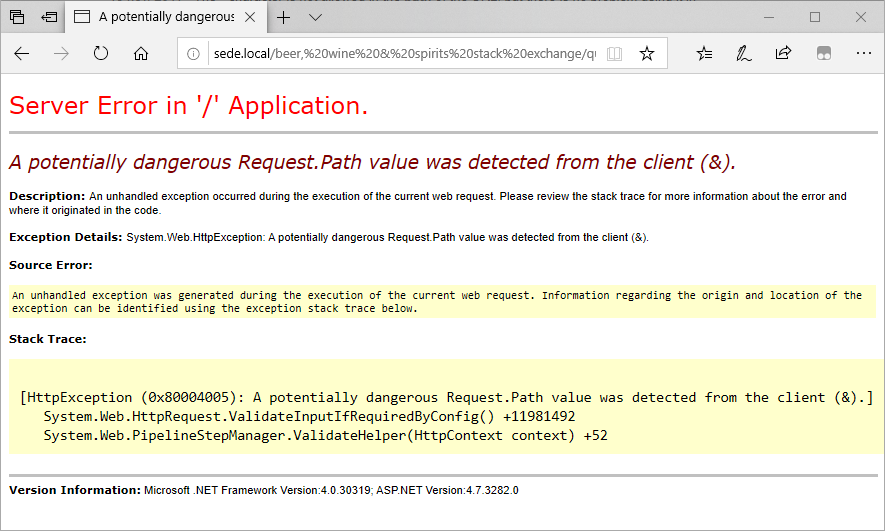 The easiest fix for now is to change the record for alcohol.se in the Sites table as found the Data.StackExchange database. I don't fancy fiddling with webserver settings

Particularly I propose to change the Name column to Beer, Wine and Spirits Stack Exchange but keep the Longname column with the &. That change will still show the site name as we are used to, even in the site switcher:

while it uses the value from the Name column to construct the url when you click that item.

A quick inspection didn't reveal any other serious mishaps with this change in place.

Now we need to bribe someone with database access to execute this query on Data.StackExchange:

Looking at sites.xml over at the Data Dump in the Internet Archive I start to believe those Id's are stable ...

It's not just that switcher, I can repro with the main dropdown as well:

The issue appears to be that the dropdowns generate the wrong site name for that site, attempting to use beer, wine & spirits stack exchange instead of beer and incorrectly sending you to:

It has something to do with how those dropdowns work. They appear to use the Name parameter from http://data.stackexchange.com/sites rather than the actual data explorer site name, for example if you go to:

You will be redirected to:

I suspect it has something to do with the & in Beer, Wine & Spirits's Name field in /sites, as that is unique to that site1 and it's the only site I could find where that redirect fails. It's not just that it isn't encoded (replacing it with %26 does not create a working link), it's something more than that.

As a temporary workaround it does work if you click the site from the site list or visit http://data.stackexchange.com/beer/query/new directly.

An alternate solution, if correcting the underlying routing error is too complex, might be to fix that site's Name field to be Beer (and a similar fix for its meta).

1 Note that there are other sites with & in their name, but only Beer, Wine & Spirits has it in the fields in /sites. For example, English Language & Usage Meta's "official" name contains the ampersand but its entry is:

And it is displayed with the word and in the dropdowns.

Not the answer you're looking for? Browse other questions tagged bug status-completed data-explorer .

10
Chat down with no custom error page
4
Error when attempting to download a .CSV file from SEDE
5
Changing OpenID is broken on Data Explorer
13
Stackexchange.com is broken (some of the time)
20
Most of the network is throwing a Runtime error