Lately in The Nineteenth Byte (I know, it's always us), we've been dealing with an issue where one or more users have decided that spamming stars on every recent message is funny. While moderators and room owners can cancel stars on messages, there is no effective way to deal with a determined star spammer. Even placing a room in timeout doesn't help, because users can still star messages during a timeout.

Even if they use up their daily star allowance, a user can simply use a sockpuppet account to continue to spam stars. Since there is no way to see who starred a message, the sockpuppetry goes completely unnoticed (a moderator can determine that an account is a sockpuppet, but they would have no way of knowing whether or not that sockpuppet account was being used to bypass the daily star limit).

Over 3 years ago, a request was made to allow moderators to see who starred messages. There was no SE response to that request, and 3 years later, we're still dealing with this issue.

A few changes would make dealing with star spam a lot easier:

The ROs of TNB are at our wit's end about how to deal with this problem, and I'm sure we're not the only room dealing with this. Help us, SE. You're our only hope.

I strongly agree with this feature request, though I would personally opt for the second option on #3 since the first option would severely affect rooms like Contact and others on Puzzling. I might, however, add a few other capabilities that moderators and RO's ought to have: 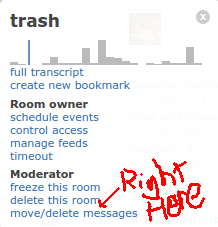 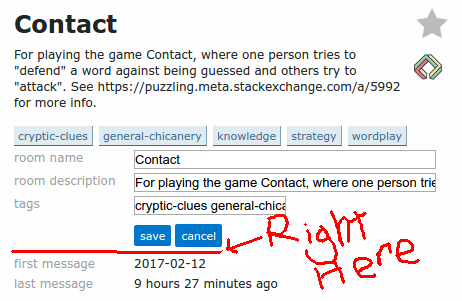 Just my two cents (which rounds down in Canada).

58
RFC: Better chat @mentions – A prototype
69
Provide a way to determine which user is spamming stars in chat
4
Is it possible to filter the star list in a room for a specific user?

107
Please provide moderators with better tools for moderating users in chat
44
Allow cancelling of stars from message
307
Moderators should be able to manually ban users from suggesting edits
274
Make moderator messages anonymous
292
Why we don't keep public records of suspensions
33
New chat moderation tools for the Teachers' Lounge
31
Please can room owners and moderators be given more tools to help prevent spam from suspended users?