Convert outside image links to imgur links on iOS app 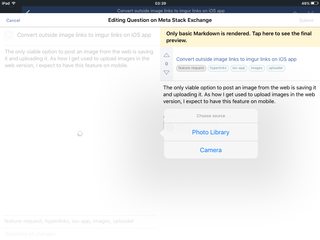 For comparison, here's the buttons in the Android app: 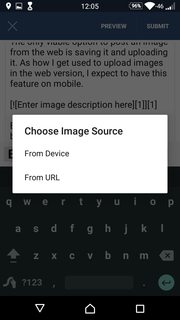 2
How do I add an inline photo from a URL on the iOS mobile app?

33
Add an Image Upload button to the Mobile Site
2
When image linked to image the Android app displays it twice
3
App image uploader replaces previously-uploaded image Markdown with most recently-uploaded image URL
3
Uploading an image doesn't use the new clickable image format
2
How do I add an inline photo from a URL on the iOS mobile app?
11
Facilitate flagging and use of moderator tools from mobile devices