Is it possible to have a Stack Exchange site dedicated to a specific computer game?

As a rule, can one create a Stack Exchange site dedicated to a specific computer game?

This is not necessary. We have Arqade.com, where you can ask questions about any computer game.

So, if you created a proposal for a specific game on Area 51, it would be closed as a duplicate of Arqade.

So, the answer is no.

In general, Stack Exchange tries to build sites that last, for a broad userbase. A single computer game is likely to lose interest over time, leading to a "ghost town" - an old site where nobody goes anymore.

TL;DR: The only possible exceptions I can think of would be longstanding, specialized communities like or Minecraft or Eve Online.

Adding to S.L. Barth's answer, in most scenarios a game-specific site wouldn't be needed, as most questions could easily be applicable on Arqade.

That doesn't meant there aren't any scenarios where a more specific-focused site could be helpful.

Let's say there were a site proposal covering a specific game or subject matter.

While there aren't many great examples of this, there are a few exceptions. Take the split between Ask Ubuntu and Unix/Linux a few years back. 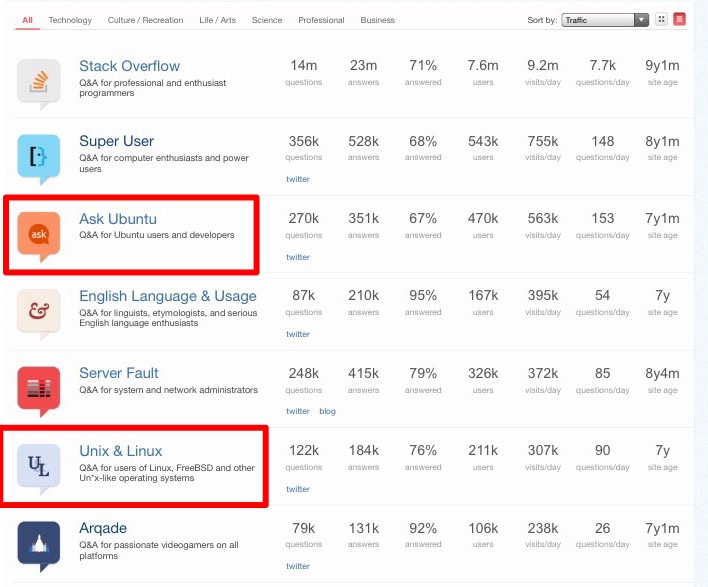 In the end, the split made sense, as Ubuntu had a strong, passionate group of experts that didn't want to be grouped with a more generalized "Unix/Linux" site. 7 years later, the two sites now co‑exist as healthy, independent communities.

Games like Minecraft or Eve Online might have communities which could cover questions and topics that may not be the best fit for Arqade. Whether or not there is a strong desire for game‑specific sites is another matter entirely.

Not the answer you're looking for? Browse other questions tagged support site-proposal .

463
What HTML tags are allowed on Stack Exchange sites?
678
How do I get attention for one of my own questions without a good answer?
257
Do posts have to be in English on Stack Exchange?
795
The Many Memes of Meta
749
Recent feature changes to Stack Exchange
755
What are the badges I can earn on each site, and what are the exact criteria for earning each badge?
394
A site (or scraper) is copying content from Stack Exchange. What should I do?
2188
Firing mods and forced relicensing: is Stack Exchange still interested in cooperating with the community?
276
Under what circumstances will Stack Exchange, Inc. share private/sensitive information with the press?