In the list of accounts on my network profile, the badges for the new Augur Stack Exchange site aren't shown: 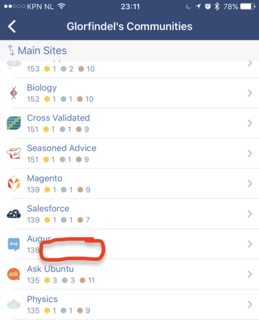 It should've shown 8 bronze badges, I had those for a couple of days so it's not likely to be a caching issue. At the time of posting this question, Augur.SE was still in private beta. This seems to be the core issue; 6-8 months later, the badges for Augur.SE (now in public beta) are shown but for the new private beta Quantum Computing they again aren't.

775
What are the badges I can earn on each site, and what are the exact criteria for earning each badge?
3
Badges don't show color on mobile user page, but do on badge page
170
Asking days badges
27
Being a member of an SE site with a long name and 12 digits with all three badge types causes the design to break on some SE sites with large font
7
Rep Point changes aren't showing in iOS app achievements tab
6
Literature SE in private beta “at least 5 more days” for some, open for others
127
Make the mobile apps open source!