Why am I limited to 5 tag wiki edit suggestions?

I am an active user of Stack Overflow Pt, my reputation is +19K, which already gives me access to a great range of moderation tools.

I was editing some tags, and due to the restriction of the privilege of users under 20K, I can not directly edit tag wikis or excerpts, only suggest edits. After 5 suggestions, the button to edit wikis and excerpts simply disappeared, as can be seen in images below: 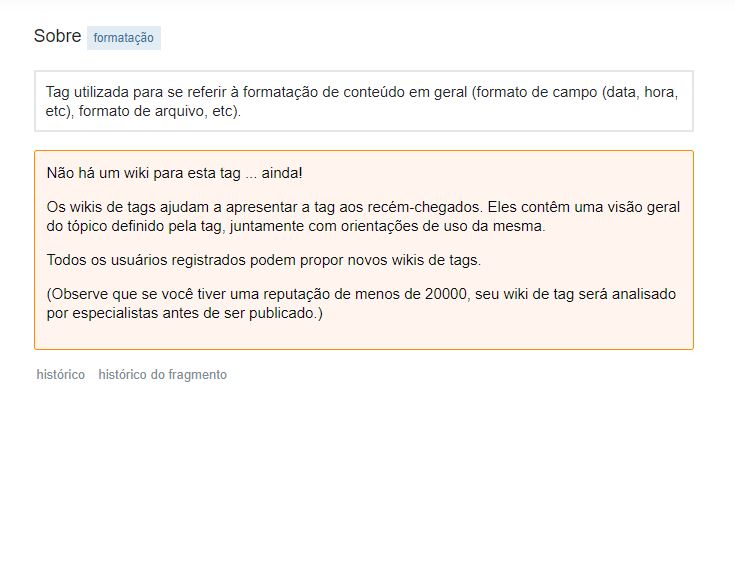 Why should a user with high access level need to be limited to 5 suggestions in this way? I question because I really did not understand the logic of this, the simple fact that it requires 2 people to approve my tag wiki edits is already a sufficient restriction.

You've already answered it yourself: you have full editing privileges for normal edits, but not for tag wiki edits.

The restriction on having at most 5 pending edits was a relatively recent addition to Stack Exchange, aimed at preventing edit sprees. Editing sprees have occurred on both tag wikis and regular posts, so there was no reason to make a separate ruling for tag wikis.

(The reviewers can also be blamed here, I guess. I don't know about pt.SO, but on the english Stack Overflow, users on editing sprees would get a lot of their suggestions robo-approved. If the reviewers had done a better job, these editors would have gotten edit suspensions instead of points. Then this rate limit would not have been so badly needed there.)

One could argue that 20k is pretty high for full editing privileges on tag wikis. But that is another discussion.

800
Allow an edit to notify downvoters: “I think I've fixed the issue now - please check”
921
What are “Community Wiki” posts?
16
If I can't improve a tag wiki edit, don't show me the button
13
Why can I single-handedly approve tag wiki edits, but need someone else's approval myself?
29
There should be a way to review recent tag wiki edits
35
Can we have tag wiki and wiki excerpt edit reviews in a separate queue to suggested edits?
1031
Why is Stack Overflow trying to start audio?
2286
Firing mods and forced relicensing: is Stack Exchange still interested in cooperating with the community?