What should I do in cases where someone blindly upvotes all posts in a tag?

I'm a moderator on Literature Stack Exchange. Today, someone flagged a case of possible serial voting. I took a look at it, and after a while, determined that it was someone who had gone through a tag and upvoted every post in that tag, regardless of who posted it. Looking at some public reputation histories... 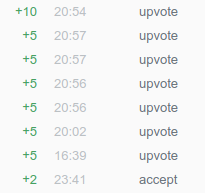 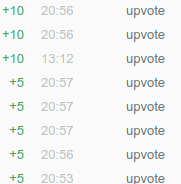 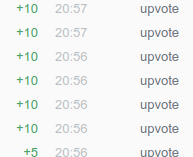 ...plus some other users who also got votes within those five minutes.

Looking at some sekrit mod things I think I've figured out who it was, but... I'm not sure what to do in this case. Should I have the votes invalidated? Mod message them? Nothing?

Is there any guidance on what to do in this case?

The real question is, are the upvotes actually blind? You say that someone went and upvoted every post in a tag, which is definitely suspicious, but are any or all of those votes unwarranted?

In other words, how sure are you that you're dealing with blind voting rather than someone with expertise in [tag] who actually determines that these are all good and useful questions and answers? As yannis mentions in comments, it's really not all that unusual to load and read a lot of posts in a row, then go back and vote on them all at once.

(On a side note, I also noticed this recent Literature Meta post. I have seen regular users on Islam.SE (where I moderate) take similar such posts as an encouragement to seek out and upvote posts that they feel deserve recognition, often heavily and often for days at a time; naturally such upvotes would concentrate under the tags that they are particularly involved in.)

The main thing I would look for is posts that probably shouldn't have been upvoted receiving upvotes. Presuming that you as a moderator don't have particular expertise in [tag], you can still check to see if upvotes are coming on obviously VLQ or NAA posts, or posts that have already received a negative score: If so then yeah, it's probably blind. On the other hand, if every single post under that tag also happens to be a good post and now is also upvoted, not really anything wrong with that; at the very least, it makes it really difficult to distinguish "blind voting" from "enthusiastic but valid voting" without other supporting evidence.

If a user votes on something else than the content of a post, it is an invalid reason to vote on all questions in a tag. It is serial voting, but then in another way.

I hope the automated script will revert those votes, but if it doesn't, you should really get those votes reverted and the user warned.

Not the answer you're looking for? Browse other questions tagged discussion voting moderation serial-voting .

1031
Should 'Hi', 'thanks', taglines, and salutations be removed from posts?
561
Exit strategies for “chameleon questions”
526
The current review system encourages fake reviews; some people upvote everything rather than actually fixing problems
128
The vote fraud script breaks legitimate polling questions - A serial downvoter's lament
5
How do we know serial upvoting is fully reversed?
2392
Firing mods and forced relicensing: is Stack Exchange still interested in cooperating with the community?
274
An open letter on the state of curation and moderation
296
An update on my resignation notice