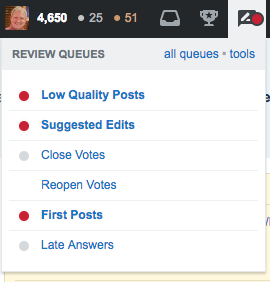 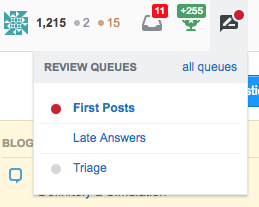 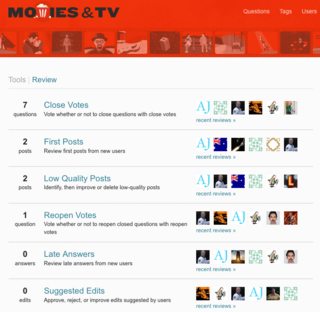 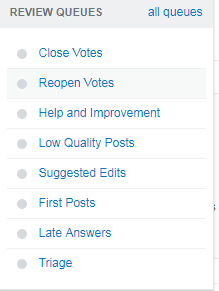 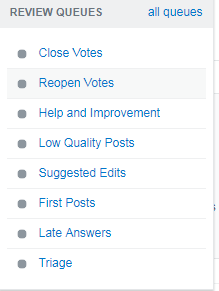 Not the answer you're looking for? Browse other questions tagged discussion design review top-bar .

46
Notify users of possible reviews on toolbar
2
Why the first post review tab is red?
239
Review queue workflows - Final release
56
New top bar is live
53
New top bar is coming to the Stack Exchange network
106
What criteria should we use to determine which review queue indicator a site will have?
97
Lock questions in the review queue while being reviewed
50
2017 TeamDAG project updates
37
Experiment: Review-needed indicator logic for sites that sometimes have empty queues
41
Review Count - Fix It or Lose It
See more linked questions

420
Can a machine be taught to flag spam automatically?
11
Review Queue Bat Signal - How can we make it more useful?
37
Experiment: Review-needed indicator logic for sites that sometimes have empty queues
106
What criteria should we use to determine which review queue indicator a site will have?
154
Improving the Review Queues - Project overview
228
Improved experience for users with review suspensions
121
Visual design changes to the review queues
239
Review queue workflows - Final release