iOS app does not show images

Since a few days, inline images do not show and instead

Text appears. Tapping does not show the image either. (I've included the screenshot here, yet it doesn't show to me!!) 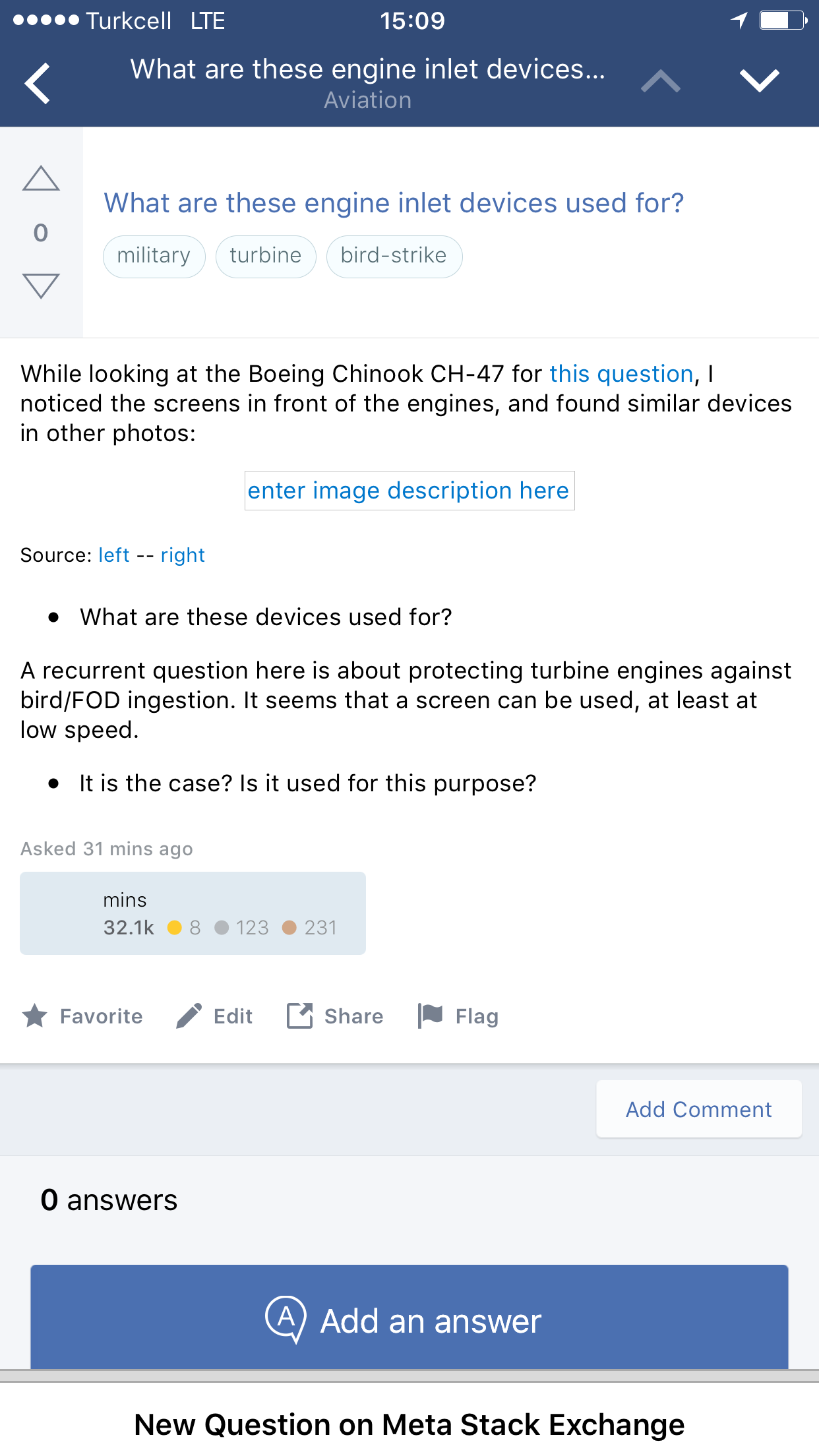 On my iOS I can see your screenshot, please check your iOS, possibly a network error on your side. (proxy, firewall that block content type, etc...)

I see Turkcell as a provider, if in Turkey I know the state often block some site by blocking DNS resolution.

nb; Added my comment as answer to show you my printscreen. 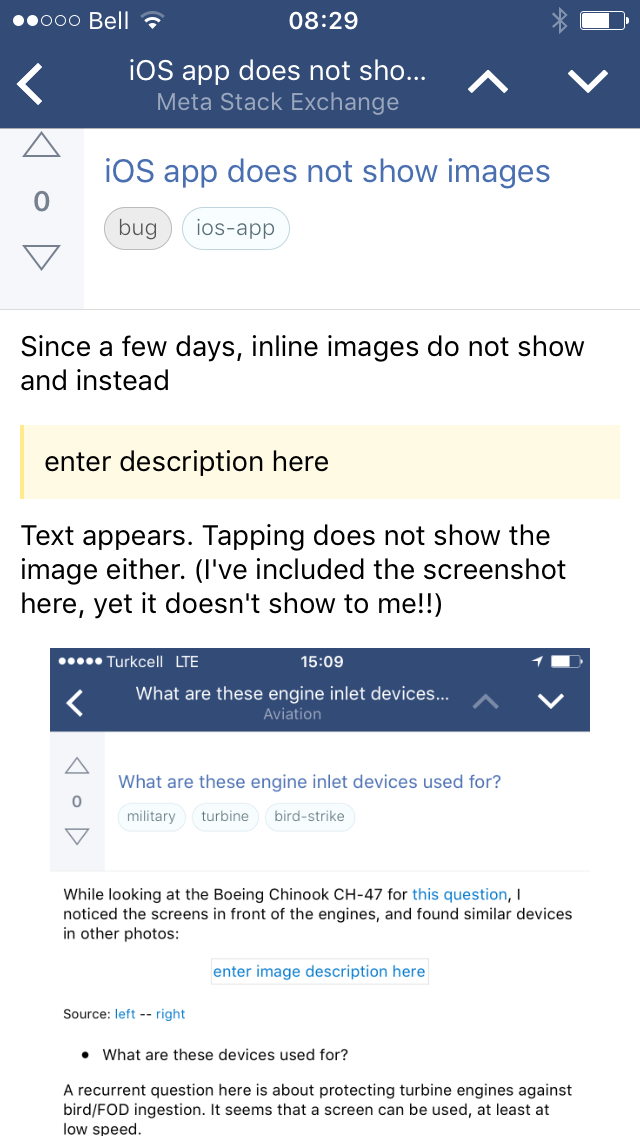 Apparently this situation arises when and if the image cannot be reached, on the net.

In this particular case, imgur (that apparently hosts all images posted on SE) cannot be reached.

Sometimes, some domains are blocked, and most probably imgur is currently a blocked web domain.

I don't know how important this issue would be for SE. I've found out that it's not a bug that SE experiences.

However, this can be seen as a feature request to have redundancy of image sources. If one does not load, load the secondary one, or use a different server/domain for people with access issues.

Not the answer you're looking for? Browse other questions tagged feature-request bug ios-app .