Last year, I posted 2016: a year in spam. Since that was pretty well-received, here’s the 2017 version. Ladies, gentlemen, aliens, and everyone in between: more statistics about spam that you never needed to know.

Caveat/disclaimer: this data is from metasmoke, the web dashboard for SmokeDetector. It picks up a very large proportion of spam that hits the network, but there may be a post or two here and there that isn't included in the data.

All times/dates are UTC.

Stack Overflow saw less of the total spam this year than last year — down from 26% to 21%. Ask Ubuntu, Ask Different, and Graphic Design are all up, however, while Super User and Meta Stack Exchange continue to drop.

The peak spam hours have changed a bit since last year. The peak now starts later and lasts a little longer, but the core hours have stayed the same. Behold, a chart! 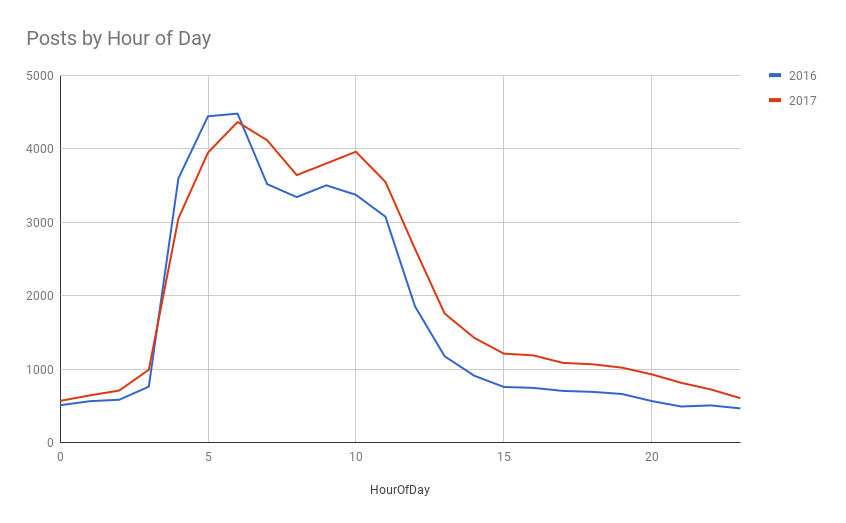 It took less time to delete a spam post in 2017 than it did in 2016. On average, deletion came just over a minute quicker this year — 69 seconds faster. 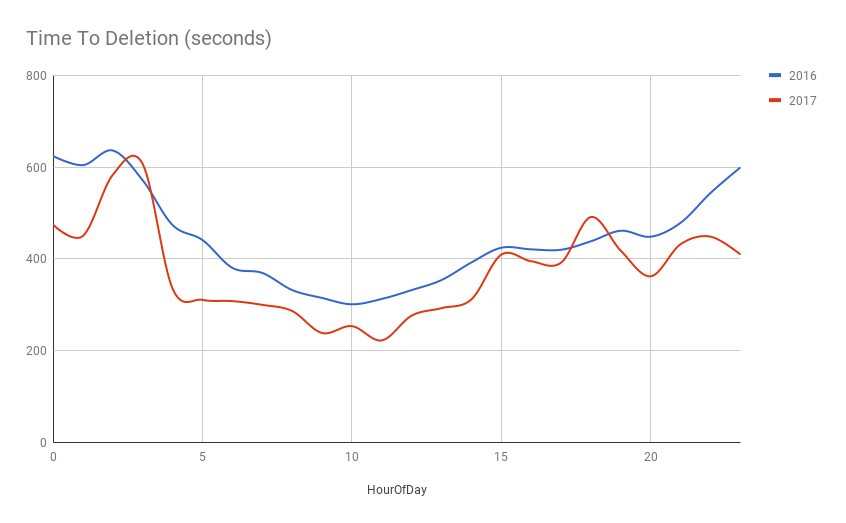 This is in part down to the autoflagging system that Charcoal has been running this year. Speaking of which...

The number of posts we’ve flagged through the year has stayed pretty consistent each month. The number of flags cast, however, has changed as we’ve adjusted thresholds and the maximum flags cast. 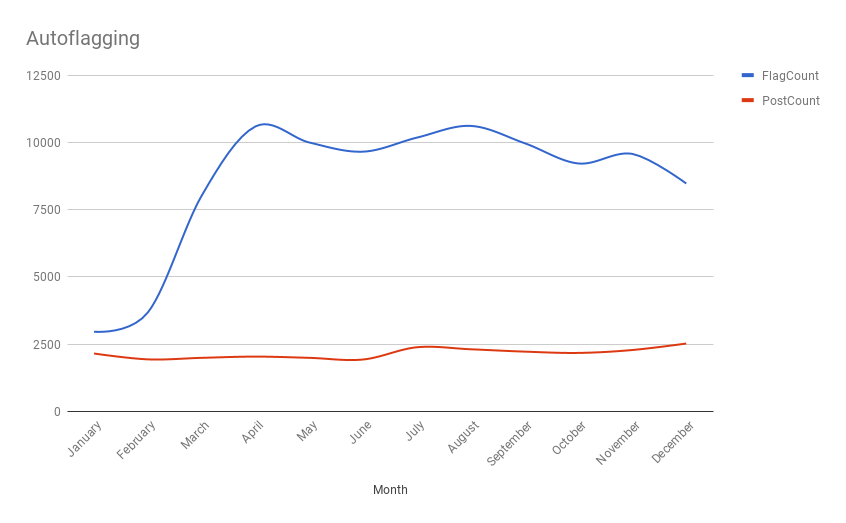 As of today, 208 users are participating in autoflagging, 23 of whom are moderators (of 24 sites between them). Our autoflaggers have also cast 33,528 flags manually through Charcoal’s various tools.

The data for the charts in this post, including the charts themselves, are available in a Google sheet.

22
What can we do about the increasing amount of spam on Ask Ubuntu?
50
What can we do about all the reoccurring spam?
2794
A Terms of Service update restricting companies that scrape your profile information without your permission
47
2016: a year in spam
422
Can a machine be taught to flag spam automatically?
173
A machine can flag spam automatically. Can it do better?
24
How accurate are users with their spam flags?
58
2018: a year in spam
2515
Firing mods and forced relicensing: is Stack Exchange still interested in cooperating with the community?
583
We're switching to CommonMark