I'm looking for a total tag count up until a specific date for a given tag - or ideally, tags plural - on Stack Overflow. Any suggestions appreciated.

Here's a simple query to count the number of posts with a given tag on a certain date:

Unlike rene's query, this one should only count the latest set of tags on the question before the limit date. With my query, I count 25,494 questions tagged haskell on SO on 2016-01-01 (and 36,229 as of the latest SEDE update, which matches pretty well with the current live count of 36,303).

However, note that the results of this query are still not 100% historically accurate, since it fails to count questions that have been deleted after the cutoff date. This is simply because SEDE doesn't provide access to post history information for deleted posts. While it's possible to find out which tags a deleted question had when it was deleted by examining the PostsWithDeleted table, there's no way to reliably tell when the tags were added to the question.

I also wrote a query that can graph the number of posts with a given tag in monthly increments. Here's what the growth of the [haskell] tag on SO looks like: 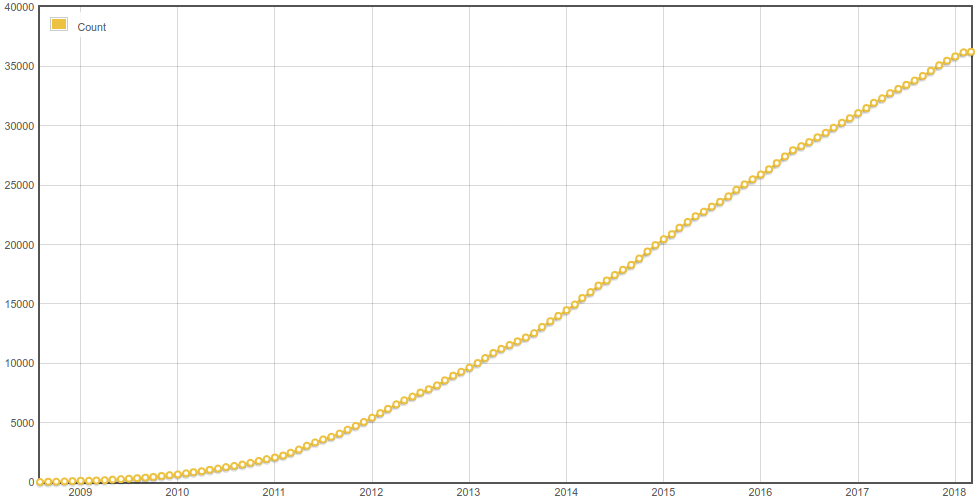 And for comparison, here's the same graph for the [problem] tag, which was apparently first burninated in October 2009, bounced back a bit and was nuked again a couple of times, and was finally blacklisted in 2011: 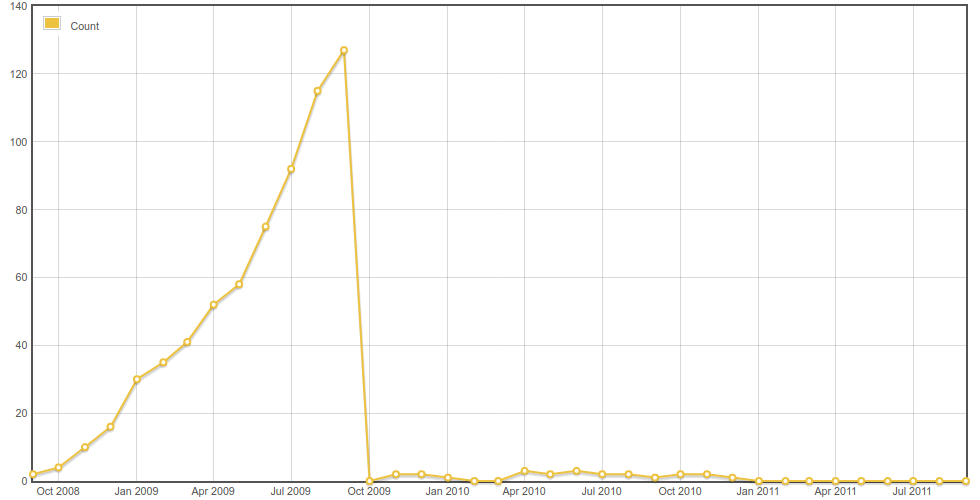 Of course, it should be noted that these results also don't include deleted questions, which probably makes the [problem] seem a lot smaller now than it actually was back in 2008–2011.

631
Formatting Sandbox
801
Recent feature changes to Stack Exchange
832
What are the badges I can earn on each site, and what are the exact criteria for earning each badge?
202
Can we allow 7.5K users to suggest tag synonyms without a score of 5 in the tag?
260
A real solution to ambiguous tags
250
The homework tag is now officially deprecated
451
A site (or scraper) is copying content from Stack Exchange. What should I do?
111
Improving Tag Synonyms