My reputation as of today on a Stack Exchange site is: 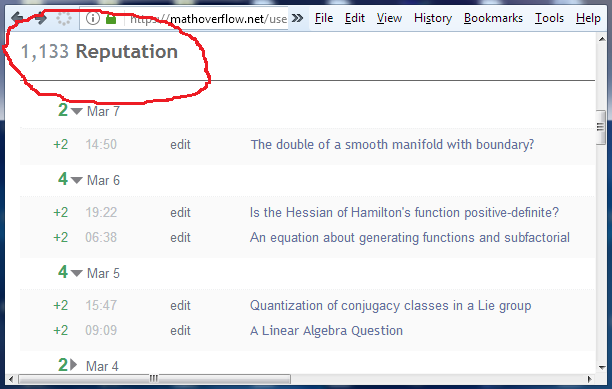 But the /reputation page (aka reputation audit) for me gives: 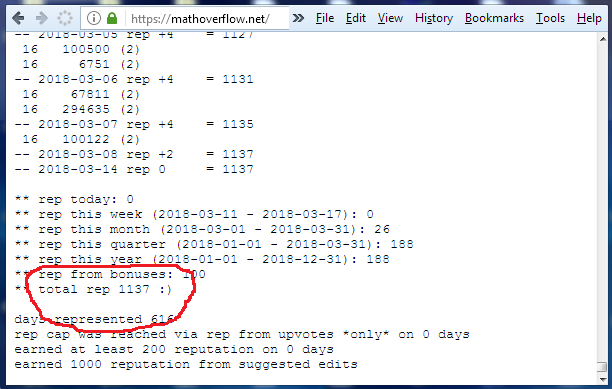 Speculating about the reason for this, the last line of the audit says:

I am currently not earning any points on approved edits, as 1000 is the maximum allowed. But the audit page shows only 488 approved edits, and so it may consider me under the limit and thus gave 2 points each for the last two edits, on March 8th and one on March 7th, as shown: 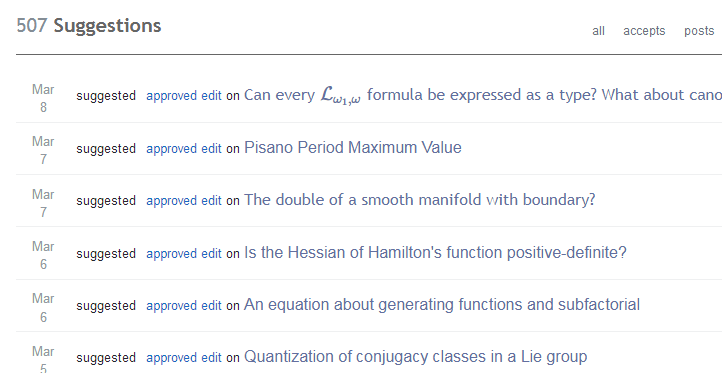 This problem may have be caused the loss over the years of points for approved edits of posts which were subsequently deleted.

As of December 2013, there is no "Trigger Reputation Recalc" button anymore. Recalc is performed automatically only, in case of reputation inconsistency that does not resolve itself please file a new bug report.

I waited six days to see whether this would resolve itself; it did not. The only recent similar reports seem to be: