This now deleted question (10k only) stated that questions by new users are generally received worse than other questions. It was based on anecdotal (n=1) evidence, but are there some statistics from e.g. SEDE to support this observation or not?

Yes; questions by users which are newly registered (less than one month) are less well received than questions asked by users who have more experience on the site. This could be research by Captain Obvious, but if you dig deeper, there seems to be an interesting trend. According to this SEDE query, the average question score on Stack Overflow decreases when you look at accounts older than a year: 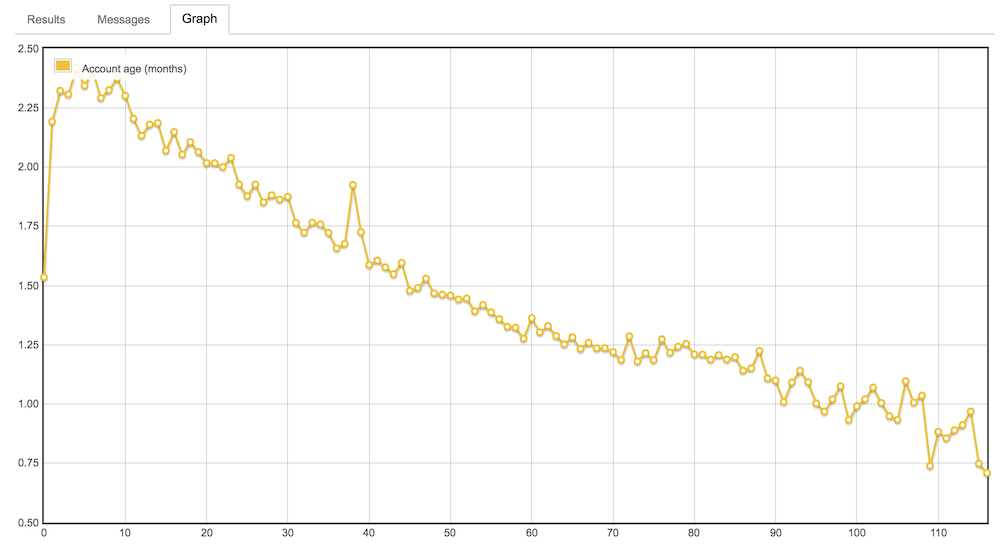 Questions by users with an account of about 4 years are (on average) just as 'good' as questions by 'newbies'. If you 'zoom in' to the first year (with this SEDE query), you see that already after a few weeks, the score is nearly equal to the 2.25 average for the rest of the first year. 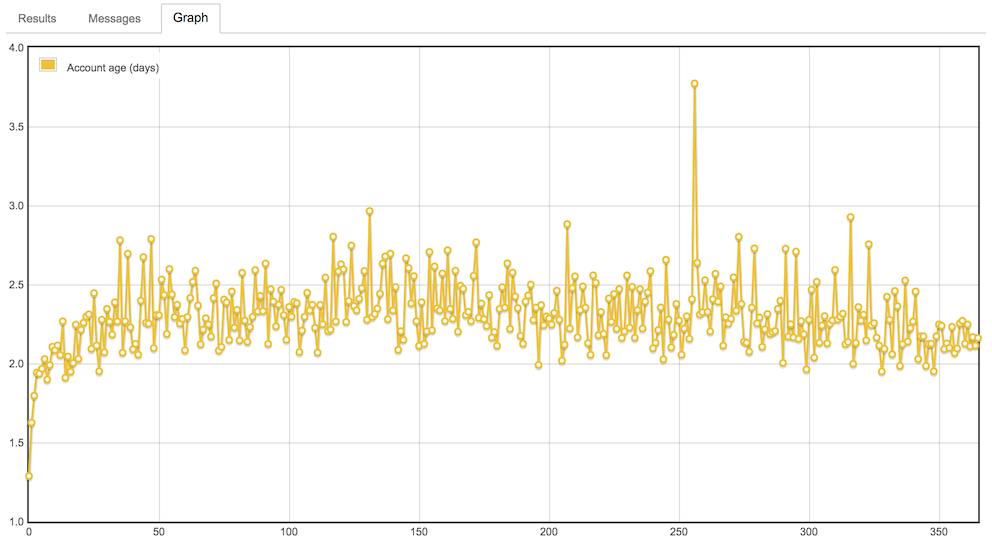 It's also interesting to investigate the behaviour on other sites. Mathematics does not observe a decrease after a year. On English Language & Usage there's a small downward trend but not as much as Stack Overflow (the zigzag at the end is caused by the small number of data points). On Meta the trend is upwards.

But all sites exhibit the same behaviour for new (< 1 month old) users, which is not surprising since it takes some time to 'know' the Stack Exchange culture and how to phrase your question. Note that the SEDE query does not include posts which were deleted (often by Roomba) due to their low quality. New users are more likely to post these, but those have already been filtered out.

Actually, upon further investigation, the trend on Stack Overflow seems to be skewed by old, highly upvoted questions. Those were only posted by users which were at that time new. This SEDE query shows that more recent questions follow the same trend as e.g. Meta Stack Exchange: 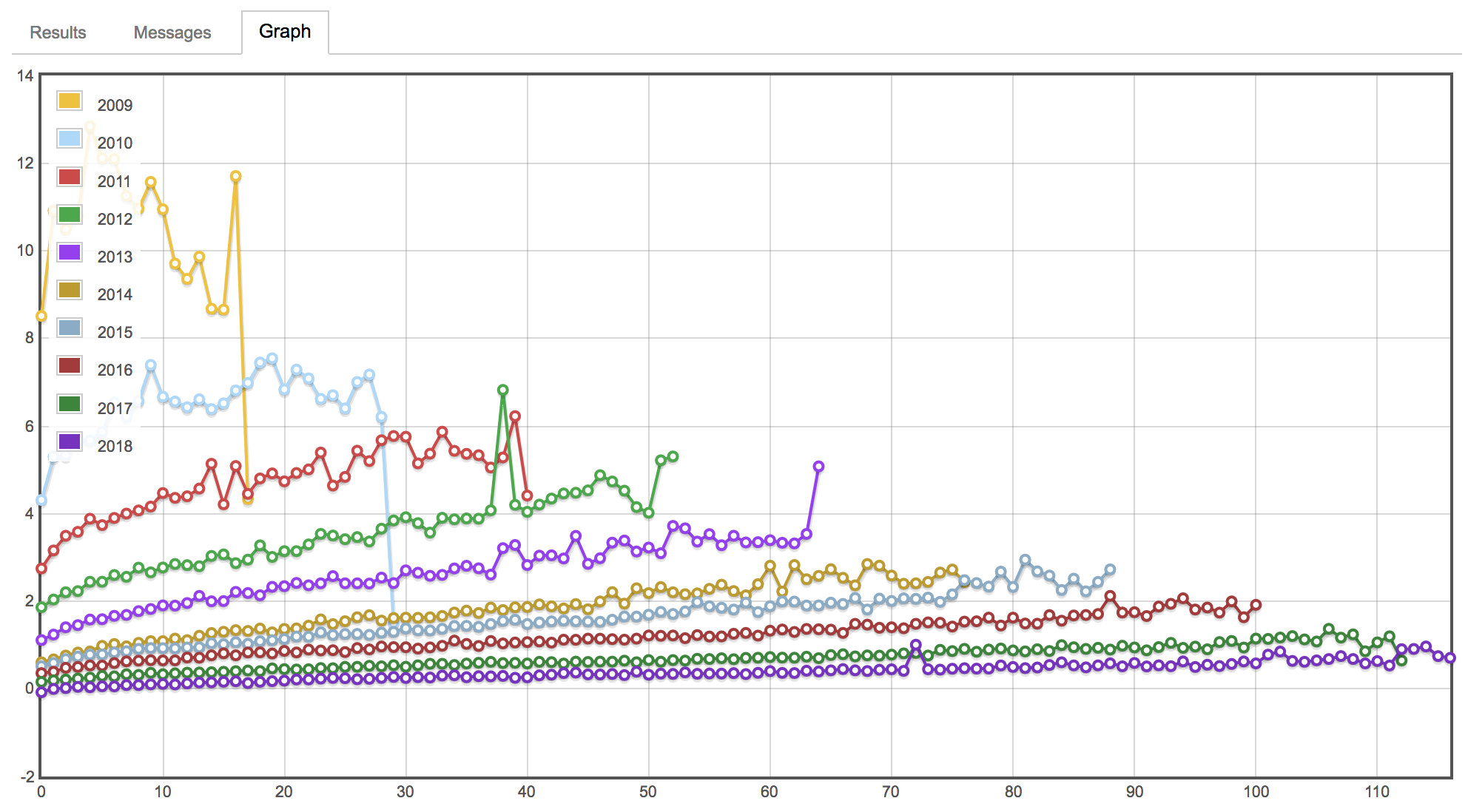 Another case of Lies, damned lies and statistics?

Not the answer you're looking for? Browse other questions tagged discussion data-explorer new-users score .

907
Why aren't people voting for questions?
1820
Could we please be a bit nicer to new users?
586
Exit strategies for “chameleon questions”
2779
A Terms of Service update restricting companies that scrape your profile information without your permission
824
Net Neutrality and Stack Overflow / Stack Exchange
2456
Firing mods and forced relicensing: is Stack Exchange still interested in cooperating with the community?
2164
Stack Overflow is doing me ongoing harm; it's time to fix it!
958
Firing Community Managers: Stack Exchange is not interested in cooperating with the community, is it?
732
New Feature: Table Support