How do I display inline image in a post on Stack Exchange / Stack Overflow (not a link to a photo)? [duplicate]

How do I display an image inline in a post or answer on Stack Exchange?

I've noticed other answers on similar questions show how to link to pictures, but don't show how to display a picture in a post.

I've answered the question below to help the community.

Note to community: I'm asking this (duplicate) question to provide the answer because the other (duplicate) questions like this didn't let me provide a more detailed answer since they were closed as duplicates, and the existing answers on all the existing questions like this didn't contain enough detail for me to figure out how to post inline pictures, although they were good hints to get started. My answer below is verbose and explains how to anyone. 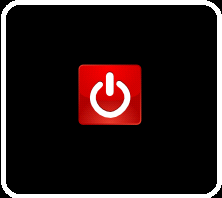 There is an exception to this rule: if it is your own question post or an answer to your own post, you don't need any amount of reputation to include an inline image, as I have done below in this answer and in this question above.

Note that if you use the graphical / GUI way of adding an inline image to a question post or answer, by pressing the button on the WYSIWYG post/answer editor, and you do not have adequate reputation for adding an inline image, no warning will be displayed by Stack Exchange indicating you do not have the adequate reputation for including inline images on your posts on the given Stack Exchange site you are using, and your image will simply be linked to and not included inline on the webpage, with no warning.

It will look like this (inline image on webpage) if you have done so correctly and have adequate reputation:

Note that you now appear to have to use https: as the protocol in the link for inline images.

This detail escaped me at first, and doesn't appear to be documented in "advanced help" for markdown on posts.

I hope this helps. I found this very confusing at first, and I found the documentation very lacking. Perhaps the lacking documentation is intentional, so that everyone isn't posting pictures inline and posts which can be difficult to moderate (a picture could contain anything, right! hard to filter automatically). However I find inline pictures in posts and answers invaluable, so hopefully this helps you!

For resizing images: Resizing an image in a post?

FAQ page addressing this issue: How to upload an image to a post?

Hopefully Google and DuckDuckGo pick up this post so people can find it easily. I was unable to find this FAQ easily for this issue using simple Google queries. This post is an ordinary (duplicate) question with several keywords in the question and the answer that people are likely to use on a search engine.

Not the answer you're looking for? Browse other questions tagged support edits images .

561
Formatting Sandbox
131
How to upload an image to a post?
38
Can we get a way to wrap text around images?
45
Is making yourself appear (at first glance) to be a moderator acceptable behaviour?
2
Extend image formatting
54
Making a better image uploader
2208
Firing mods and forced relicensing: is Stack Exchange still interested in cooperating with the community?