You can use this question as a formatting sandbox. You can:

Answers that are considered annoying or obnoxious, or that cause breakage for users, will be deleted. This is codified as a policy as of March 29, 2018.

Notably there is no white space or gap between "commodo consequat" and "Duis aute".

After CommonMark (if spaces and > are added):

After CommonMark is displays correctly(?) as: 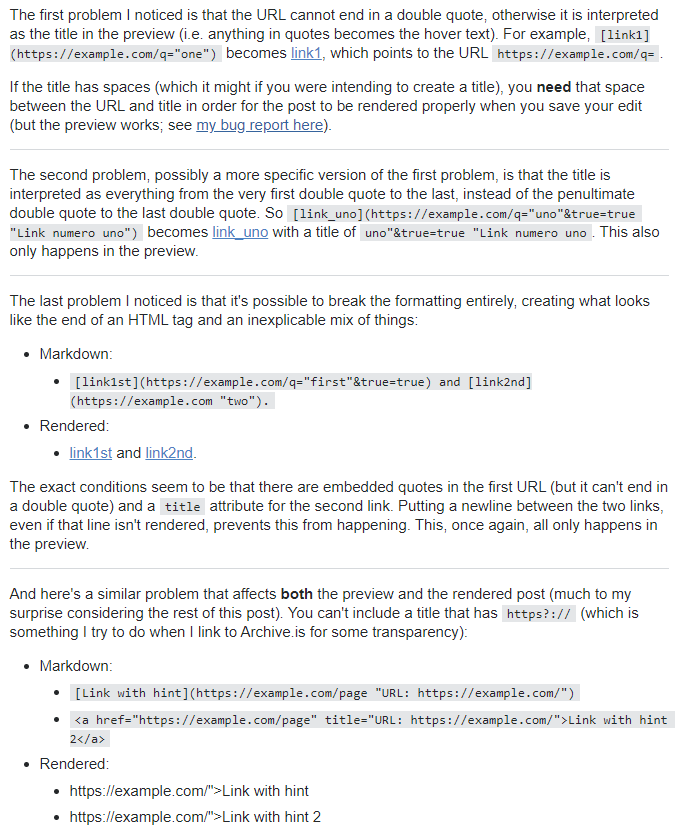 I don't understand the "last" problem

Testing whether a formatting bug was removed by CommonMark (???)

Adding a parenthesis at the end of the link though, makes it appear correctly in both the editor and the post: wolfram alpha

Can I undelete an answer myself if it was deleted via Recommend deletion votes from review?

This is testing for undeletion when a post is deleted with

Review ends with 4/6 recommend deletion votes and none of them was cast by a trusted user.

Anyone, feel free to flag this as NAA or VLQ.

Non-trusted users only (below 20k rep), feel free to recommend to delete this post~

Moderator, consider replying if you get any mod flag?

Can I undelete an answer myself if it was deleted via Recommend deletion votes from review?

This is testing for undeletion when a post is deleted with

Review ends with a mix of 1 or 2 delete votes and recommend deletion votes.

Anyone, feel free to flag this as NAA or VLQ.

Anyone is also free to recommend to delete this post~

(Trusted users (20k rep): consider commenting after recommending to delete this post, so that other trusted users can skip it..?)

Moderator, consider replying if you get any mod flag?

Hi this is a person who is very non-blessed-by-the-storms.

That's supposed to say "goofy text" but it rendered far worse than I expected. Let me try again, changing the properties a bit this time.

Eh, a little better, but still quite bad. I guess that's what happens when you mix up sub with sup. More testing incoming. 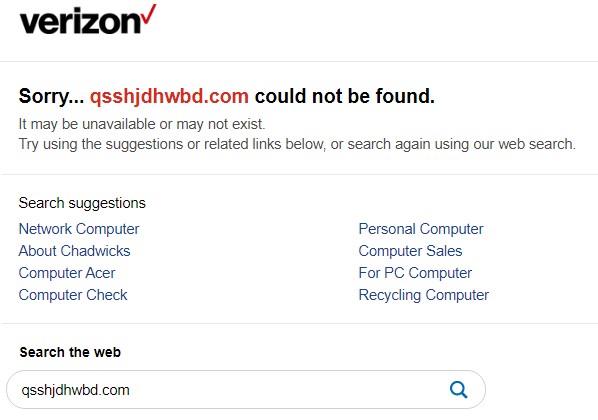 
I put <code> markup on the word "and" in the keyboard input markup but as you can see it did not render. I also discovered that when I put the ** right after the image link it renders as so:

Notice how both of the **s did not make the bold effect, and one of them was rendered outside of the code even though it was inside.

Test snippet to see if I even know a single bit of JS:

Look! You can add italics to emojis! 😜 😜
But adding bold to them hardly has any effect. Here's an emoji with bold and another without bold. If you look closely at the one with bold (first one) you'll notice a tiny difference.

This is my code:

Minimal example for HTML comments breaks formatting from that point, but bloated in order to avoid being converted to a comment when I want it to remain as an answer.

.bold text after a dot works in answers

.it can also be done using HTML tags

Try editing the above sentence post to say something else (but dont remove the <$), you'll have nightmares >:)

A I have tried adding a diamond ore block to a still image of my table just as a proof of concept, but cannot figure out how to render the passes properly.

A The method I tried is as follows:

I created and textured my object and put it on view layer 1 along with the lights in the scene.

I modeled the scene using planes for realistic lighting, textured them similar to my real-life walls and table, and put it on view layer 2.

I set up the nodes following this video.

Here's what I mean

As you can see, the table plane's reflections also shows up in the render whereas all I want is the actual reflection. With the current image, I can't comp that in because the colors are not right.

So is there any way to render the gloss, shadows etc. without rendering the plane of the table?

Not the answer you're looking for? Browse other questions tagged discussion support markdown sandbox testing .

42
Stack Snippets Sandbox: Try It Out Here!
7
How to write text in small font
0
Where to practice creating a post (for *stackoverflow)
8
Is there a sandbox to play with Stack Overflow API?
2
Would it be a good idea to have a test site for the API?
561
We're switching to CommonMark
863
Is there Markdown to create tables?
225
<kbd> elements are way too intrusive
0
Sandbox archive
494
Implement ```-style (fenced) Markdown code blocks
See more linked questions

1
“Unformatting” a code block
58
Changes to syntax highlighting
494
Implement ```-style (fenced) Markdown code blocks
294
How do we encourage edits to obsolete/out of date answers?
11
Should we set restrictions on what answers can be posted to the Formatting Sandbox?
441
Employee profiles are now marked with a “Staff” indicator
2363
Firing mods and forced relicensing: is Stack Exchange still interested in cooperating with the community?
561
We're switching to CommonMark