Neutering and spay were synonyms of desexing.

I swapped the master and synonym on Pets.se for desexing and neutering.

So neutering is now the master, which can be seen in the url https://pets.stackexchange.com/questions/tagged/neutering.

A search on the neutering tag shows it doesn't exist: 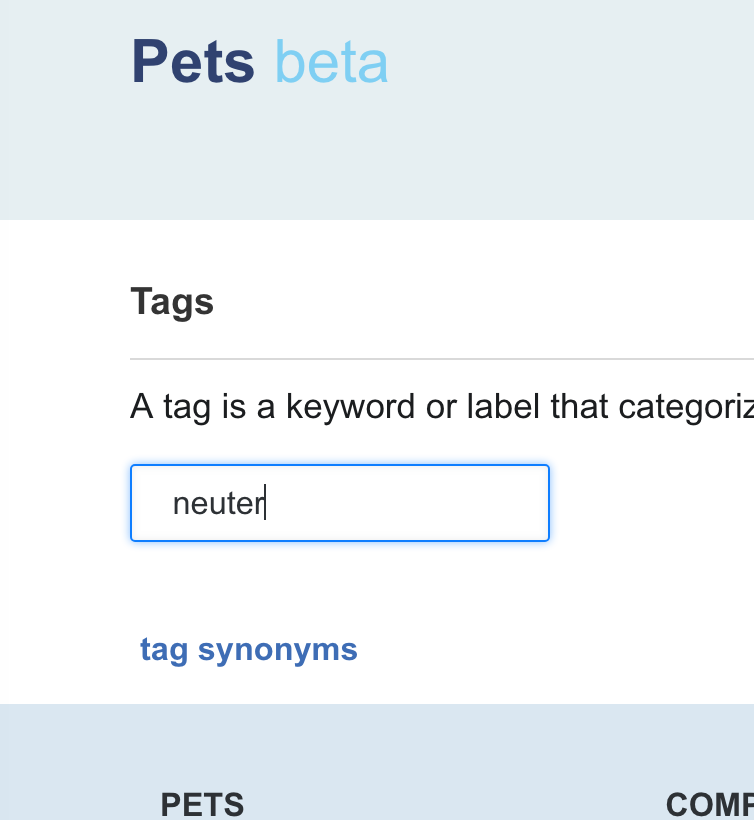 The spay tag still exists, but is not associated with any posts.

So I created the tag and added it to a post: 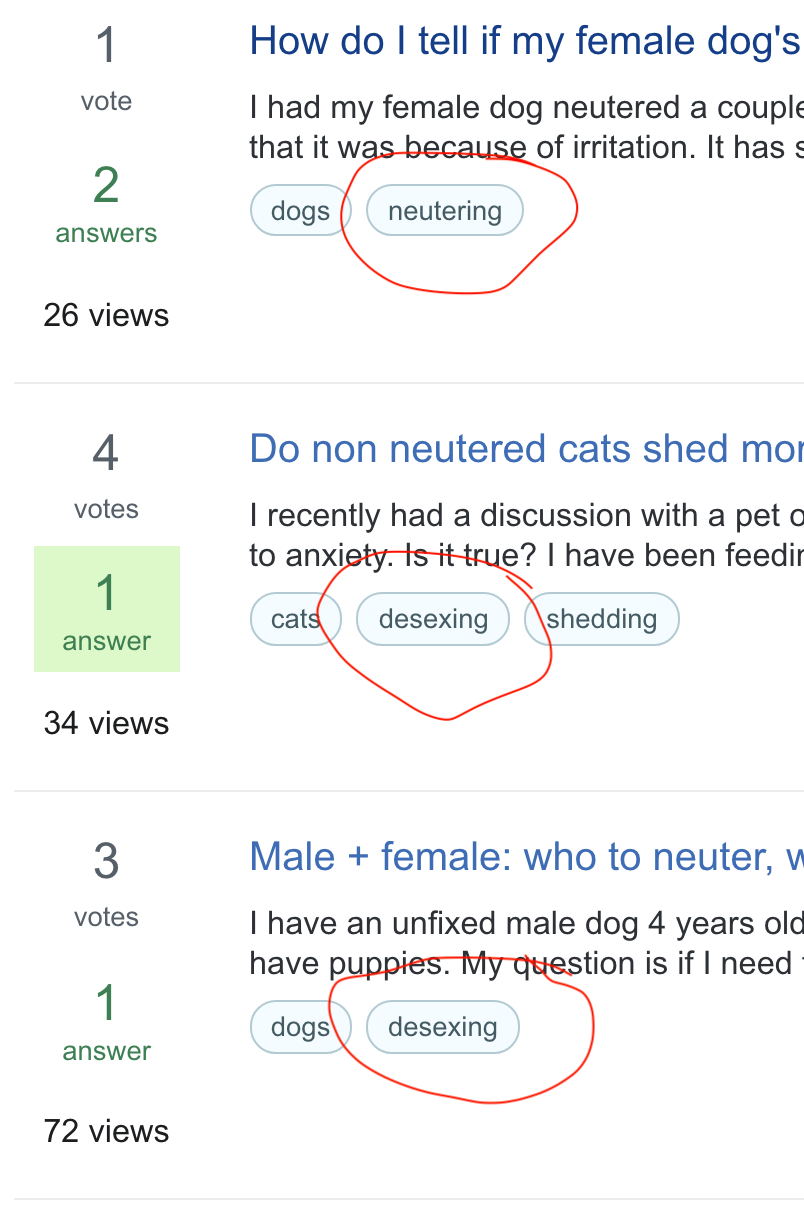 These posts are totally unrelated:

Tag synonym disappeared without a trace?

Why did my tag-synonyms disappear?

Swapping a synonym doesn't actually do all that much, and certainly not as much as you think it's doing. Literally the only thing it does is change the synonym record so that the master and source tags are swapped. It doesn't retag any posts, and doesn't change any past synonyms.

That tag doesn't "show up" in that scenario because a) it is not a synonym that points somewhere else, so we don't show a stub regardless and b) it does not have any questions tagged with it. There is no case where we show a tag that is the master of another tag but doesn't have any questions, because that's not really a case that's even supposed to exist.

There's another step you want to take after swapping a synonym, and that's a tag merge. On the synonyms page where you performed the swap, a merge link would've appeared immediately after, because it detects a bunch of questions with a tag that's supposed to be remapped to a master tag. Do it. Completing the merge will solve all the issues you think went wrong with the swap by:

10
Tag synonym disappeared without a trace?
6
Why did my tag-synonyms disappear?

5
Searching for a tag that is a synonym should use the master tag
15
Please remove the [c++11] tag synonym
11
Tag synonyms shouldn't be listed in Related Tags on the sidebar
10
Remove 1.25 maximum ratio for suggesting tag synonyms
100
Improving Tag Synonyms
8
What happens with the tagged questions when a tag-synonym is cancelled?
2186
Firing mods and forced relicensing: is Stack Exchange still interested in cooperating with the community?