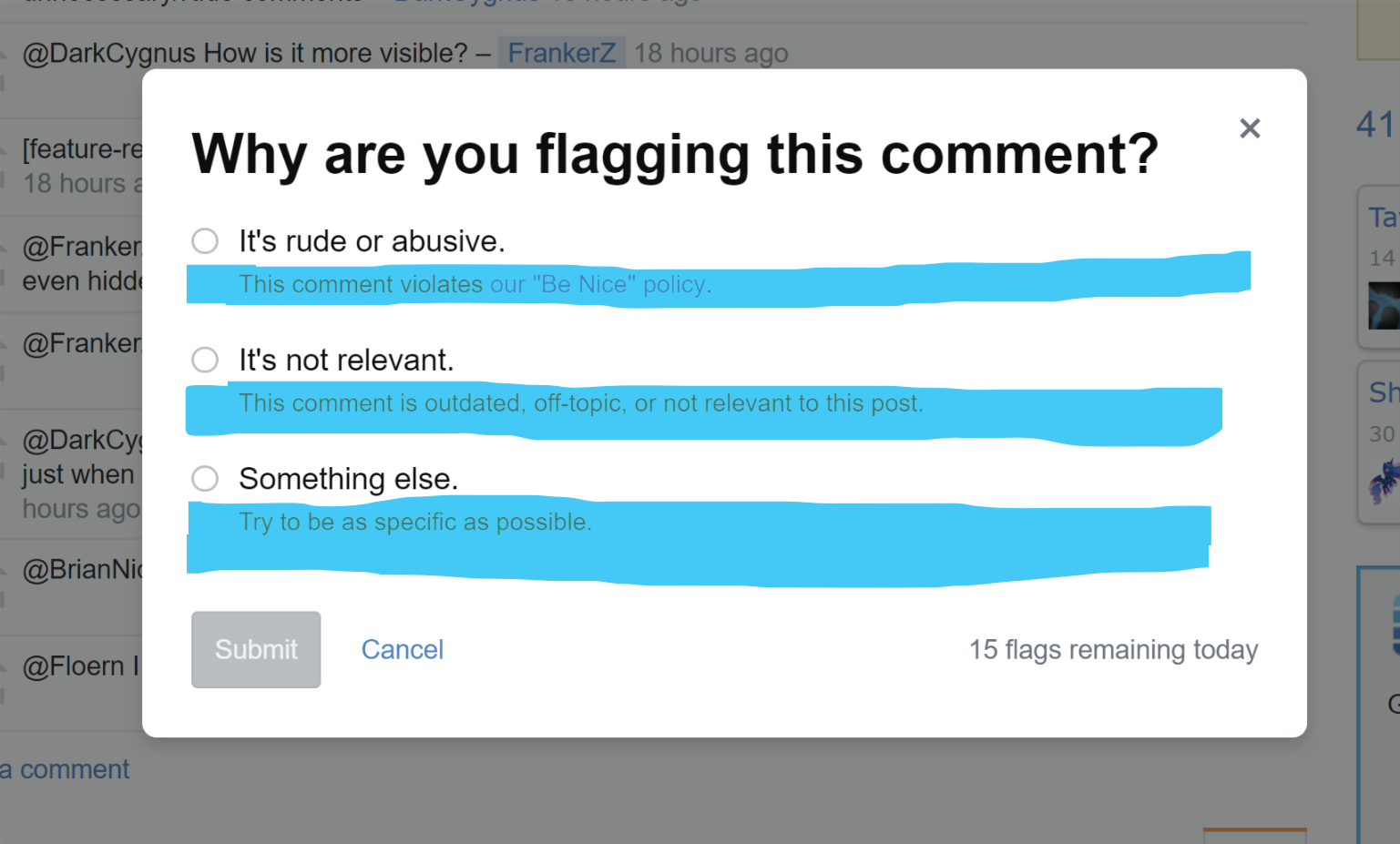 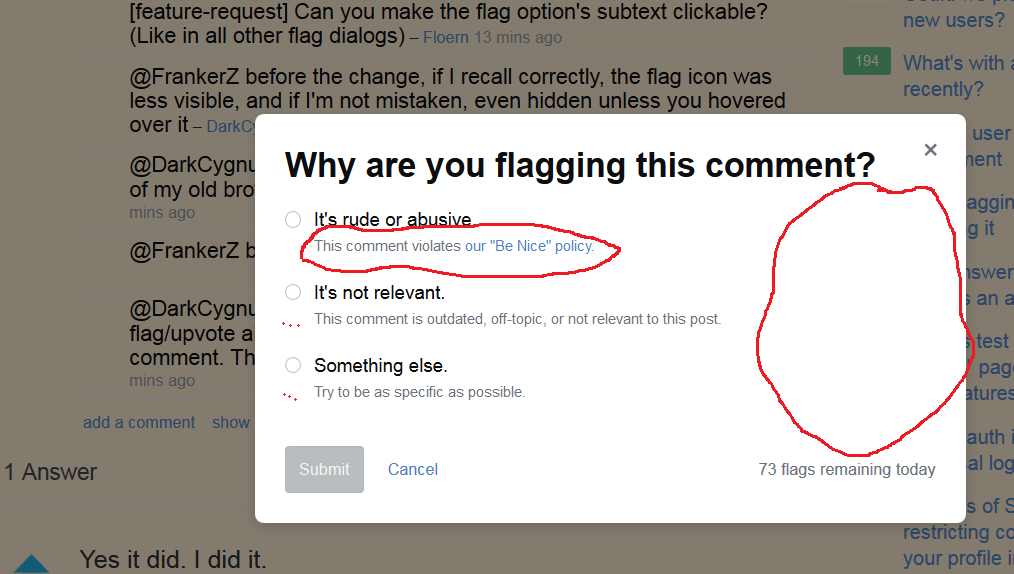 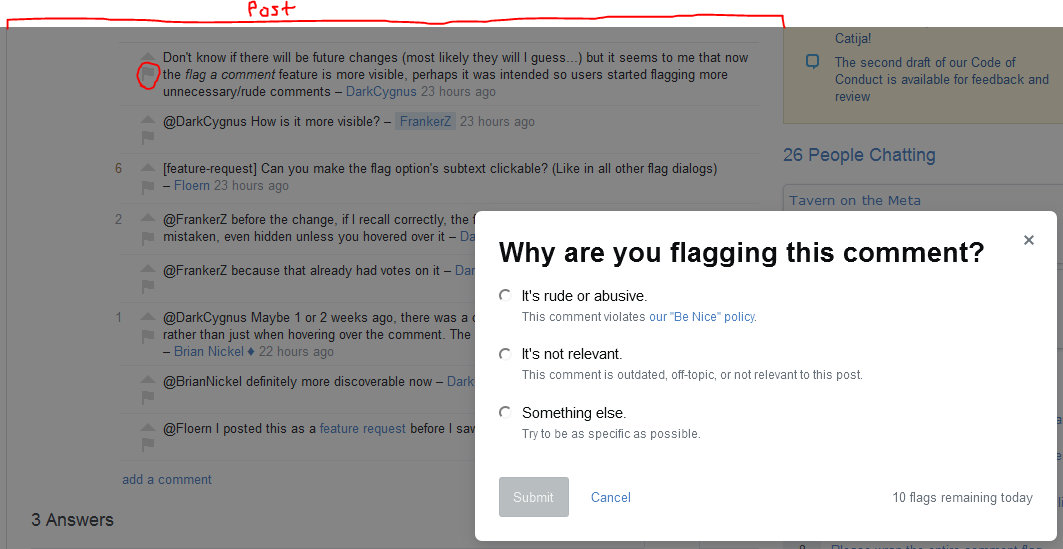 1235
Encouraging people to explain downvotes
634
Formatting Sandbox
212
What's with all the rude comments recently?
803
Recent feature changes to Stack Exchange
222
Allow flagging a comment after upvoting it
358
Why do I need 50 reputation to comment? What can I do instead?
266
Let's hold language in comments to the same standard as posts
248
Why was the previous Code of Conduct FAQ (and all answers) removed?
1005
Firing Community Managers: Stack Exchange is not interested in cooperating with the community, is it?