Is the Code of Conduct illustration “truly” inclusive?

On August 8, 2018, @Rand al'Thor posted a question observing that the image accompanying the newly released Code of Conduct, seemed to be slanted in favor of Stack Overflow (SO).

As the OP is not a member of SO but participates in several sites unrelated to computer programming, they felt somewhat alienated “…was immediately put off by a giant picture of the SO logo…” 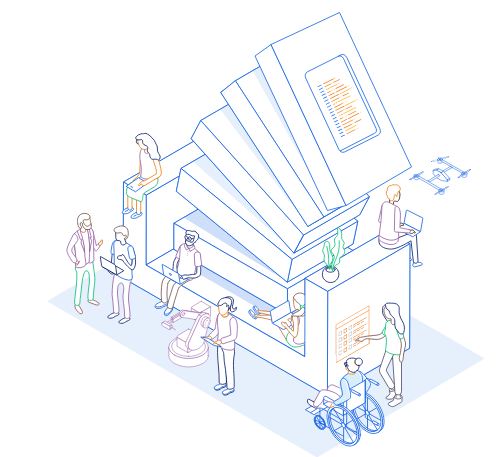 Rand al'Thor: Please can this be changed so it feels more inclusive of the rest of the network? Of course you don't want to design a special image for every single site, but how about no image at all?

I posted an answer, but it soon dawned on me that if anyone might be alienated by the cartoon, which is representing equality and inclusiveness, it would be someone whose skin color was not white.

Me: I can tell you what is missing from the image. A couple of black/brown faces, or at the very least some dark-haired people

The observation attracted a number of detractors, so the OP asked that I open a new meta question about this issue, which was fine by me. The last line in my answer has since been deleted, but I have reposted it above.

At first glance, the figures appear to have the same skin and hair color. Looking more closely, you'll notice that the thin outlines are in different shades of brown and yellow, however, the area inside those lines are left blank. Basically, the figures appear to be Caucasian and either blond or white-haired (but not everyone agrees).

So here is the new meta post. I think it's worthy of attention and some serious discussion.

To save time, here's a short list of the most significant comments:

Does the company, or anyone else, retain that black and brown people are clearly represented in the illustration? Despite the large number of users who evidently disagreed, I still see a group of people, young and old, whose bodies and faces share the same white color.

I'd say yes, it is. I'm not going to say it covers all, since that'd be nearly impossible for a group of 9 people and a robot arm, but yeah, there's differences that can be seen in the skin color outlines, so at least an attempt was made and succeeded, as far as I'm concerned. I see already three that have completely black outlines for their faces/arms/hands, and four that seem orangy-yellow to me. I see a color more like brown in two figures as well, though I must admit I zoomed in to confirm that, so that's might not count as 'at first glance' to everybody. Sounds like there's different ethnicities in there, if the line colors are meant to be an indication of that, and not just picked randomly or for thematic reasons.

Well, given that the discussion about this picture is already going on for two days in different chat rooms and meta posts right now, I guess people do care and pay attention to what's on the image. So, sure, people notice, people care, and to some people it matters a lot. Others (disclaimer, this includes me as well) might just go 'oh, picture, nice', and scroll on to the text of the Code of Conduct. I only noticed the picture after the meta posts in discussions in the chatrooms.

Like I said before, the image shows a few doodles representing a group of 9 people. So, probably not. You can't 'accurately' represent majorities of the world population in 9 line-drawn characters. I think the divide of 3-2-4 mentioned in my first paragraph is okay personally, even though it may not be accurate. And again, if this was done deliberately, it shows consideration of the fact that not everyone is Caucasian.

So, it's art, it's open to interpretation. I looked at this before we used it and I saw diversity in gender, accessibility and color:

I saw a brown person there, even though the people were done mostly abstract. I was also happy to see that someone with a disability (and depicted as much older) was also included in the group. I'm 42 and disabled, so .. that made me feel good.

She's also depicted as not caucasian, but I think the whole point of people coming in lots of colors is ... well .. endless possibilities when it comes to people and colors.

My point is, it wasn't overlooked, what we're talking about is how it was executed.

We're happy to make adjustments based on feedback, and we know that the world being what it is these days can condition folks to look for the worst in things, but please help us better select for the best and assume good intentions, because we've honestly got 'em.

I'm passing this (and other) feedback along, I think we'll leave some time for more to be expressed, and then our artists can work on some finishing touches.

There's also the thing about the odd use of space in the 'stack' but it totally works if you just turn off gravity, so I don't think we're going to fix that.

Going by the plant (green contour), the colour of the contour is indicative of the colour that would be in the space left blank.

By this metric, at least the two persons below the woman sitting in the top left are non-white, as the person next to the drone on the top right, and I would say that is true also for the woman standing next to the wheelchair.

The fact that no volume is filled with colour does not mean that represents "white".

Basically, the figures appear to be Caucasian and either blond or white-haired (but not everyone agrees).

As a Caucasian I take offence to the fact you are saying I look like that, my skin is pink and I have friends with a light brown skin, that are still Caucasians, we are very diverse and anything but "brilliant white" like in that image.

The fact you could even look at that and think it is "racist" is baffling to me and shows your racial prejudice more than anything, would you be writing this if they were all black? brown? I don't think so.

I really hope Stack Exchange is not listening to this kind of nonsense sensationalism, once you go down this rabbit hole, you won't get back out.

Rather than trying to represent everyone, try not representing anyone, that is the only truly fair way.

No. To be fair, it isn't exactly practical to represent every ethnic group by 10 or so people, but the picture doesn't even try. Every single person represented in the image has skin of white or a similar colour. ... and no, "outline" doesn't count, humans are not stick figures.

Yes, it matters. I noticed. I care. I also noticed that smartphone users weren't deemed important enough to be "represented", which is entirely appropriate considering Stack Overflow's stepmotherly treatment to the mobile site version, but it also serves to alienate users from the developing world. See more details here.

No. I'm Indian, I have friends (shocking, I know) in Central America, South America, Africa, West Asia (that's Middle East for you Westerners), South East Asia, and China (among other places). Exactly which of those 10 or so people represent me and my friends? ... and no, all of them represent everyone is a cop-out and doesn't count.

However, all that said and done, here's my main problem with that image: They have made no effort to explain what that image actually means. (or at least not done it in a way that is obvious to an average user) Even their favourite "tooltip" is conspicuously missing from the image.

Unlike a certain other famous image pictured below: 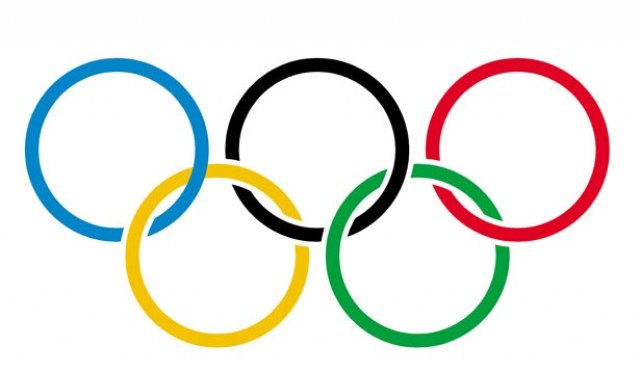 The Olympic flag has a white background, with five interlaced rings in the centre: blue, yellow, black, green and red. This design is symbolic; it represents the five continents of the world, united by Olympism, while the six colours are those that appear on all the national flags of the world at the present time.

Notice the difference? The Olympics flag tries to include at least one colour (or a shade close enough) from each country's flag, and states what the flag represents unambigiously. It doesn't leave the spectators to draw their own interpretations.

While some people could still complain that their flag has more colours, and they want every colour to be represented, such complaints can be more legitimately dismissed as non constructive because it is fair to say they weren't entirely ignored and a conscious thought was offered to including at least one colour from their flag.

This kind of approach seems to be missing here, leading to some people feeling left out or alienated.

Not the answer you're looking for? Browse other questions tagged discussion design images code-of-conduct .

-7
The Code of Conduct image is too SO-oriented

1440
Fastest Gun in the West Problem
1749
What is the XY problem?
366
Proposed new code of conduct for all Stack Exchange sites
2428
Firing mods and forced relicensing: is Stack Exchange still interested in cooperating with the community?
499
We need “assume good intent” back in the Code of Conduct
235
Why are the Code of Conduct changes received so negatively, and what can / could have been done to change that?
246
Why was the previous Code of Conduct FAQ (and all answers) removed?