Why not display the CoC link for comments on all questions and answers (not just new contributors' posts)?

If we believe that displaying the code of conduct warning is an effective way to reduce unfriendly comments, why not display it whenever someone goes to write a comment? That way everyone can benefit instead of just new contributors.

I recently left a comment on a site that I'm not very active on and almost immediately got a snarky response that reminded me why I don't participate there any more. The comment was removed eventually (I didn't flag it - it didn't really rise to that level for me) but the bad taste lingered. Would someone have been less likely to make that remark if they had been typing it under this?

Be nice and remember to follow our Code of Conduct!

Now, I'm not going to rage quit over one snarky not-exactly-unexpected remark, but I bet dealing with the negativity does make it harder for me to be patient and welcoming. Maybe the impact of preventing me from being exposed to "unfriendly" remarks would also make me less likely to get cranky and make similar comments, and the overall impact might actually be significant. Or maybe it wouldn't do much at all, but the feature is already functional, so what do we have to lose?

One risk with showing notices everywhere is that people start to ignore them. 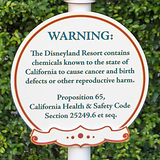 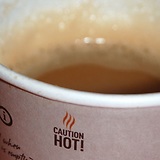 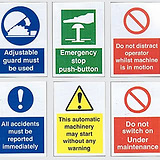 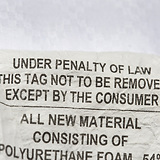 Showing the link to the CoC to new users has an obvious advantage of targeting the message to high-leverage situations. As you mentioned, as an experienced user, you aren't going to rage quit. But imagine if your only experience with the network were that one comment? You wouldn't have any positive experience to counteract it.

I'd be interested in other triggers, of course. Maybe randomly showing the warning? Or, perhaps, showing it based on some set of heuristics that indicate a higher risk?

By the way, if a comment makes you feel bad enough that you don't want to come back to the site, that seems like it rises to the level of flagging.

While the notice only appears in a few places, it's a lot of change for folks to digest. We're going to start running research interviews on the CoC itself, as well as the new user indicator over the coming months as their presence sinks in. Things surrounding new stuff can be strange; sometimes people change their minds about how they feel after a few weeks (for better or worse). Beyond bug fixing, we have no immediate plans to change anything until it has had more time.

We're probably going to need to make some adjustments to the indicator based on feedback. We very well may also need to tweak a few words in the CoC if we find that something isn't being understood or interpreted correctly.

The next step, as far as we can envision, is establishing better feedback loops to help folks understand when an encounter didn't go very well, so they can adjust and learn from the experience. We need that in more than a few places. For comments, this is likely going to come in the form of the system prompting them to take another look at the CoC after a succession of valid comment flags. We're also seeing some success with AI learning on 'borderline' comments that could help with just-in-time warnings, but that's still experimental.

The new contributor indicator is one small step, and it's as much there to help folks feel like we take their well-being seriously as it is strategically placed where it's critically important that we do. Hence, it's 'obviousness' (admittedly, some have found less charitable ways of describing this) in those key places are easier to justify.

Elsewhere would be overboard. We really need to develop better feedback loops so we need less text being less overly-specific. We'll always need something that new folks can easily identify as being put there for their benefit while they learn the ropes, but elsewhere .. I think we need to learn the art of it a bit more.

Not the answer you're looking for? Browse other questions tagged feature-request comments code-of-conduct .

146
Make recent activity and responses show new comments on questions/answers I have commented on (even if I don't own them)
181
Please add the ability to fold blocks of code in questions and answers
27
Show a short link for Answers too… not just Questions
84
auto-detect the phrase “it doesn't work” and ask user if enough info given
265
Let's hold language in comments to the same standard as posts
141
The second draft of our Code of Conduct is available for feedback and review
87
Updated comment flagging - Supporting the new Code of Conduct
308
A Pronominal Proposal
246
Why was the previous Code of Conduct FAQ (and all answers) removed?