I tend to use the keyboard extensively, including using the arrow keys and PgUp and PgDn keys to scroll through pages on the site. I recently got a new computer and am experiencing a minor, but annoying bug on Stack Exchange.

The issue is that after I complete a post, I occasionally (i.e., it doesn't happen every time) can no longer use the keys to scroll the page. Instead, I get a phantom drop-down that seems to be offering me choices for the "Edit Summary" box, which is no longer displayed. See the image below (upper left corner) to see an example. The up/down arrow keys and PgUp/PgDn keys just cycle through the choices in this drop-down.

The only reliable way I have found to get out of this is to reload the page (ctrl-R).

I can't tell whether this is a Firefox bug or a StackExchange bug, but this is the only place I've encountered it so far. The question Up and Down arrow keys stop working after dismissing a popup dialog with keyboard may or may not be related. 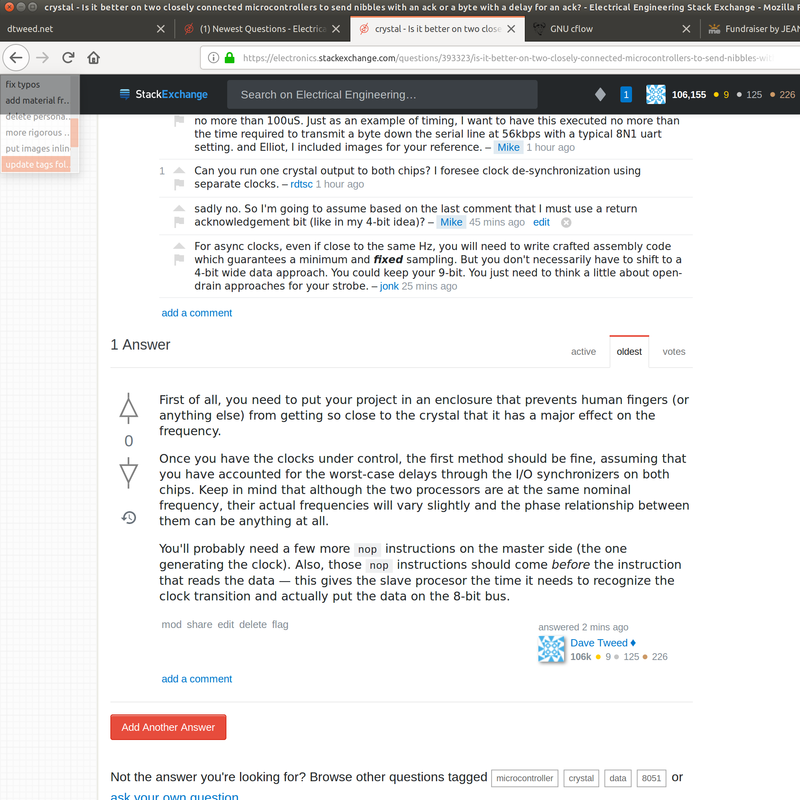 (I'm editing this post, trying to reproduce the problem. No luck so far. It may be something unique to EE.SE, such as MathJax or the fact that I'm a moderator. I can make this happen quite regularly there.)

I just tried the new beta theme on EE.SE, and that doesn't fix the problem, either.