We have updated error states for Ask a Question to use a new inline style that works better for smaller screens.

While this looks really good for errors, it isn't that good for warnings. Check this out: 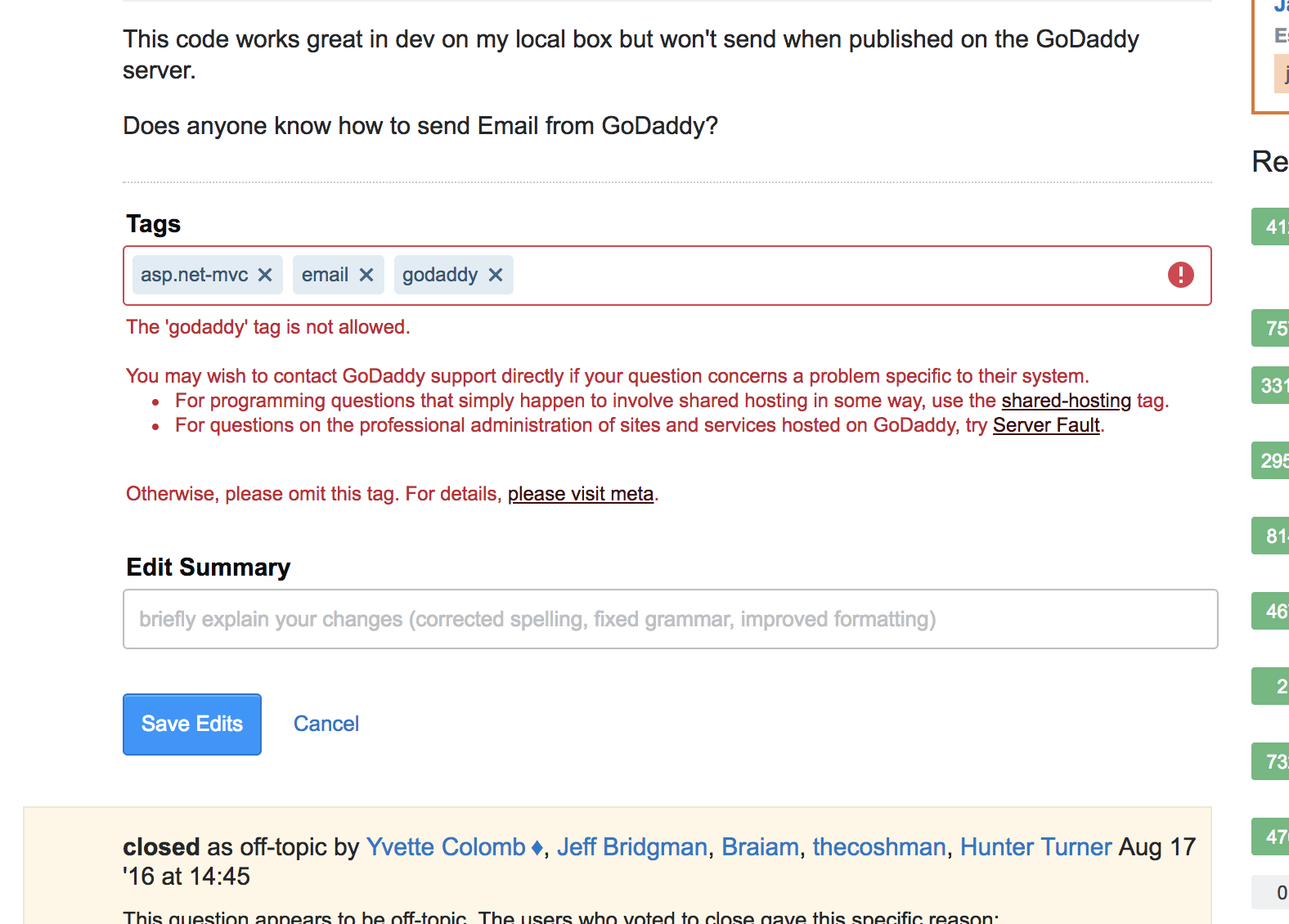 For errors the bold red does provide enough contrast to make it look a bit different and does ensure that the user reads it. Now taking a look at the warnings: 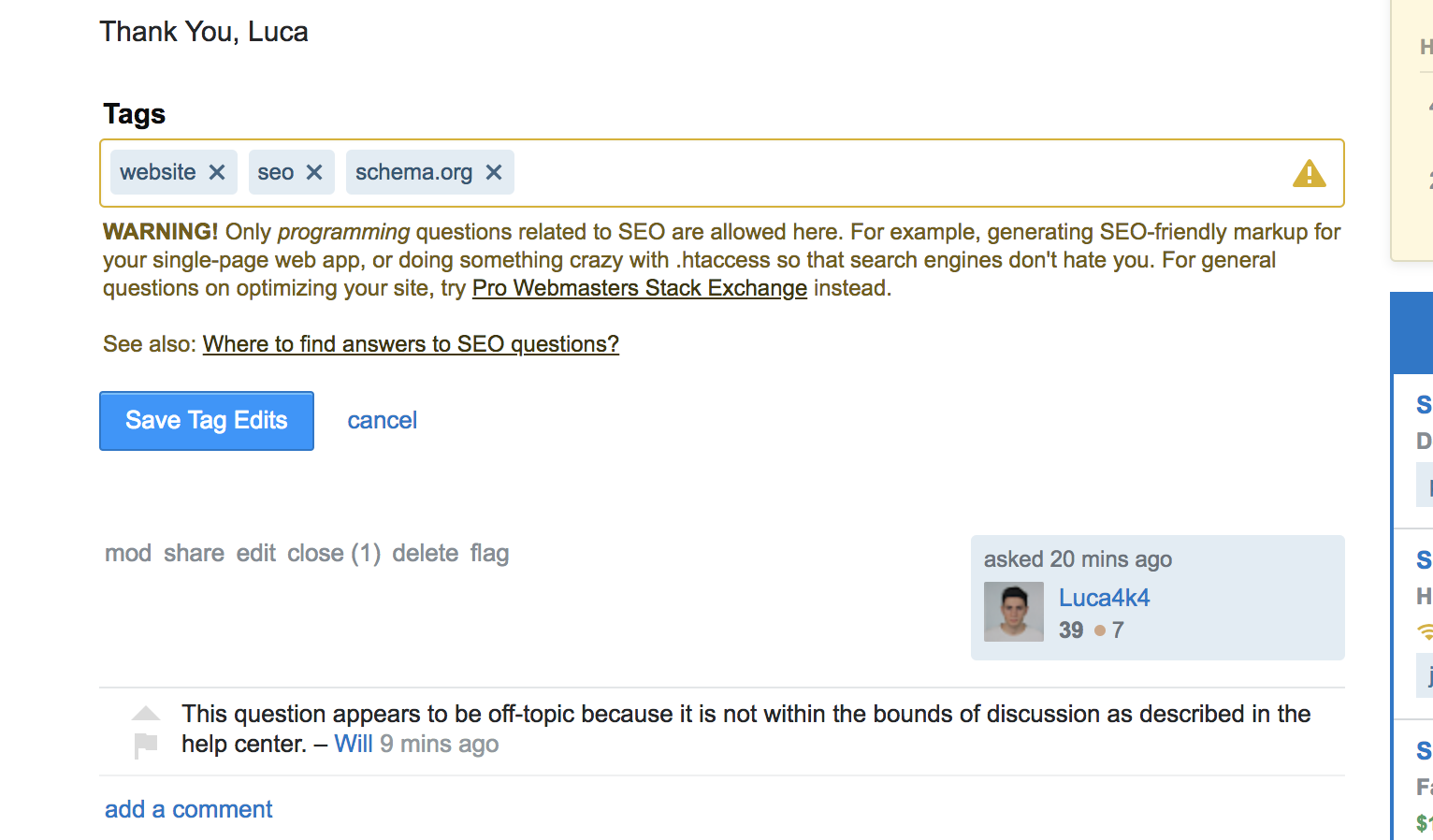 This seems to similar to the surrounding text. I get it that most users on Stack Overflow are programmers who don't give a damn to warnings, but having more prominent warnings does help sometimes.

The advantage of the huge blob to the right side was that it was out of place (with the dark background, as compared to the white one now) and called out for attention. Now it just goes below the edit tags space, where the [Submit] button looks more prominent.

(Another way would be to make the [Submit] button verify if the user has read the warning, but I guess that's more work than doing some CSS magic to make it look more prominent)

Removing a tag does not remove its warning.

It doesn't make sense to show warnings for tags that are no longer on the question.

Spacing between errors can be weird/confusing

I went on the Ask Question page on Stack Overflow and typed in the title "problem having you seo" and got several errors:

At first I thought the bullet points were misaligned, but they're not. It's just that there's a new line in several of the errors that makes it look like the last line is part of the next bullet.

The same thing happens with tags:

Not the answer you're looking for? Browse other questions tagged discussion error-message responsive-design .

8
No error handling for posting as a guest

872
Why aren't people voting for questions?
414
My God—it's full of unicorns!
2753
A Terms of Service update restricting companies that scrape your profile information without your permission
819
Net Neutrality and Stack Overflow / Stack Exchange
437
Employee profiles are now marked with a “Staff” indicator
2199
Firing mods and forced relicensing: is Stack Exchange still interested in cooperating with the community?
1810
Stack Overflow is doing me ongoing harm; it's time to fix it!
461
To reach out: on Monica, the Lavender community, and the future of the Stack Exchange network
273
Is Stack Exchange in violation of New York labor law, in using volunteer moderators?