Which name is shown next to improved edit suggestions?

When a suggested edit is improved, it creates two entries in the edit history:

This makes it clear to see which editor did what. 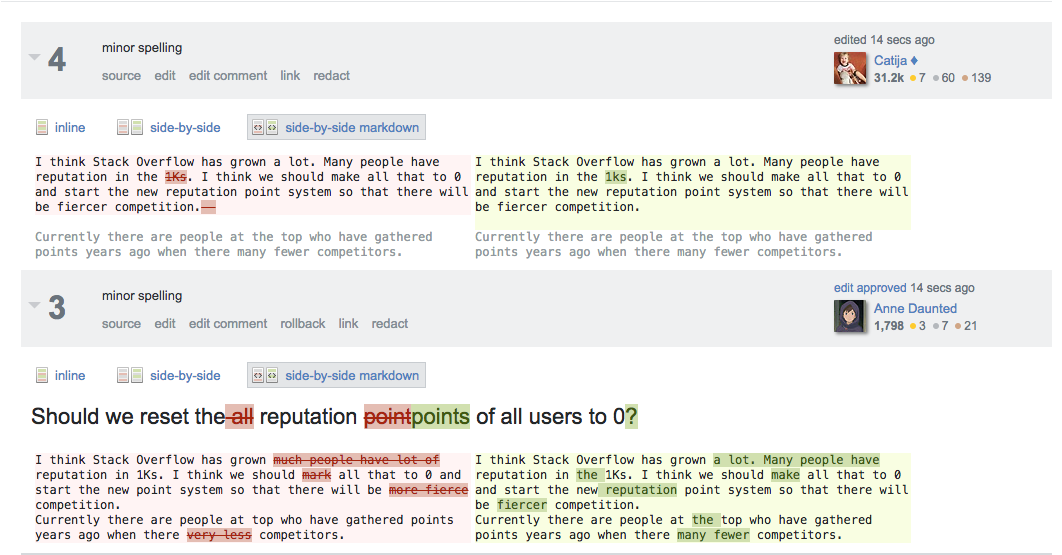 As you can see above, both edits have the same time stamp - "14 secs ago", which tells you that they were submitted at the same time.

Additionally, you can see that the edit was "approved" in edit #3, so the person who submitted it still gets credit for it.

If, on the other hand, the edit is rejected and edited, only one edit would appear, that of the reviewer.

695
How do I get attention for one of my own questions without a good answer?
972
What are “Community Wiki” posts?
17
Improved edit suggestions approved by Community
28
Would a “this edit is being improved” notification be useful?
346
Reject an already-approved suggested edit when rolling it back
1046
Why is Stack Overflow trying to start audio?
2409
Firing mods and forced relicensing: is Stack Exchange still interested in cooperating with the community?
939
Firing Community Managers: Stack Exchange is not interested in cooperating with the community, is it?