Ask Question
Asked 2 years, 5 months ago
Active 2 years, 3 months ago
Viewed 938 times
6
This question already has an answer here:
Do not load Facebook-based avatars directly from the Facebook CDN (1 answer)
Closed 2 years ago.

Thanks to KacosPro, we've identified the cause: Firefox's new Tracking Protection blocks these images: 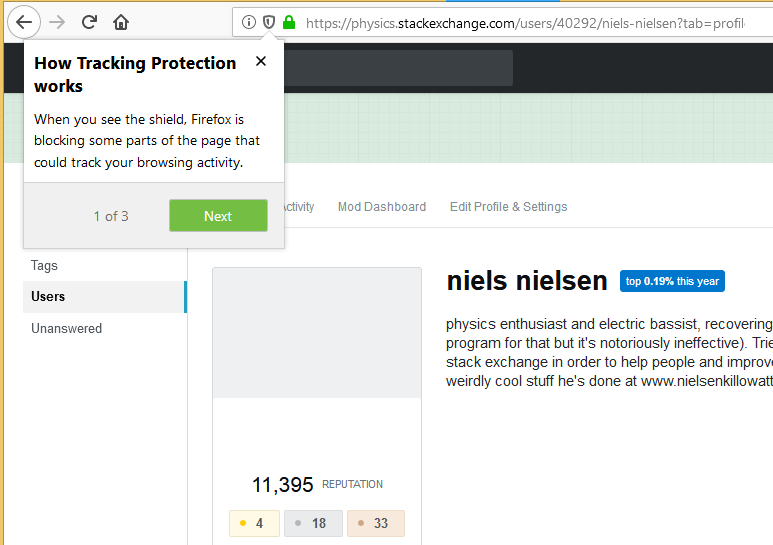 Some member's picture displays as a white square instead of real picture. For example there https://physics.stackexchange.com/users, the user niels nelsen shows as a white square, but not on Windows. When I click on his profile, something even stranger happens, the top half of his picture is grey, the bottom half is white.

Edit: Apparently some people believe(d) the ISP was blocking "graph.facebook.com", or something like that. A ping test as well as connections using a browser to graph.facebook.com, fbcdn.net and this link seem to point out that the domain is in fact not blocked. Thus, to me, the mystery is still not elucidated.

Adding a picture of the whole thing. 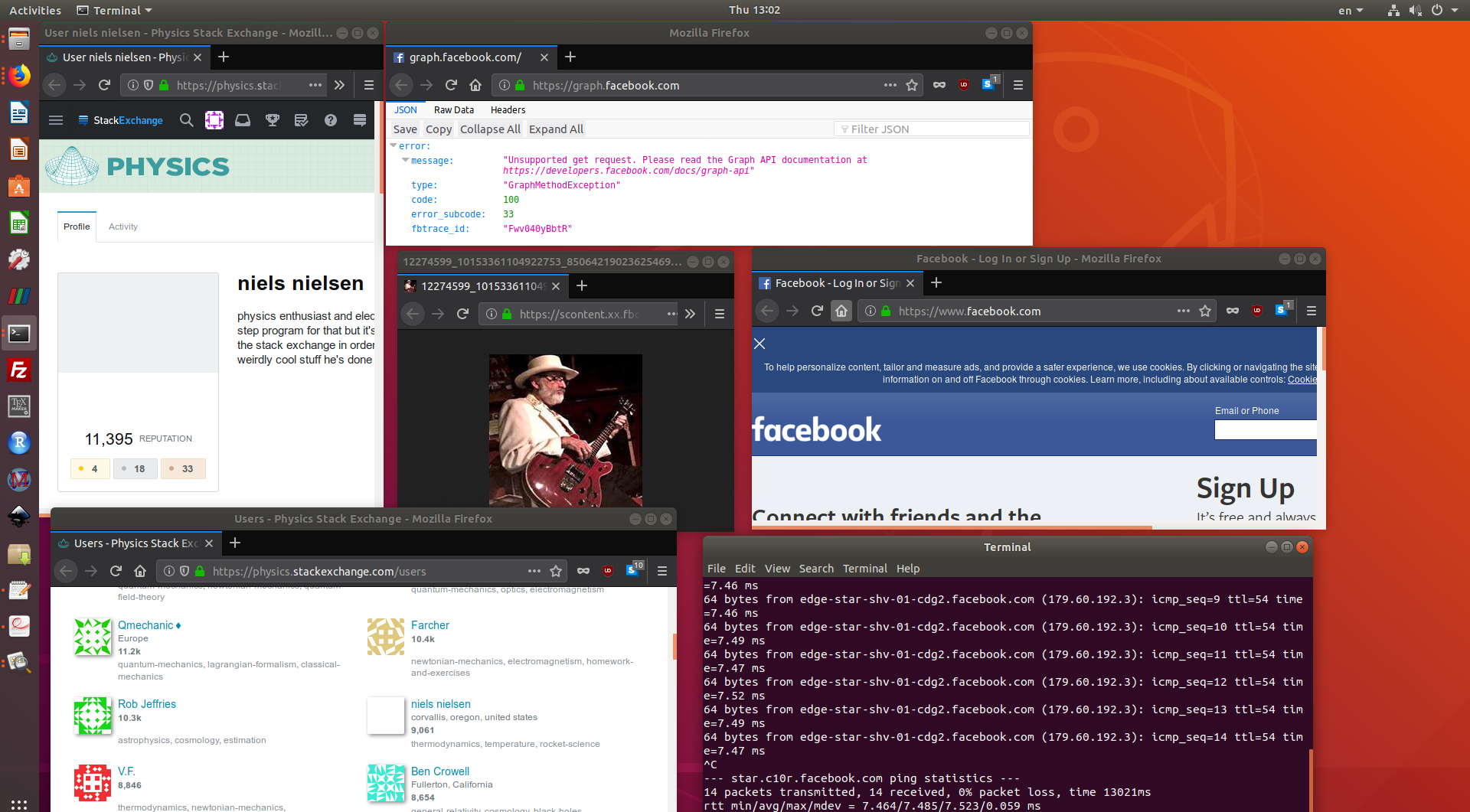 It's because of Firefox Tracking Protection, as far as I know it will happen on all OS, it happens for me on macOS too. 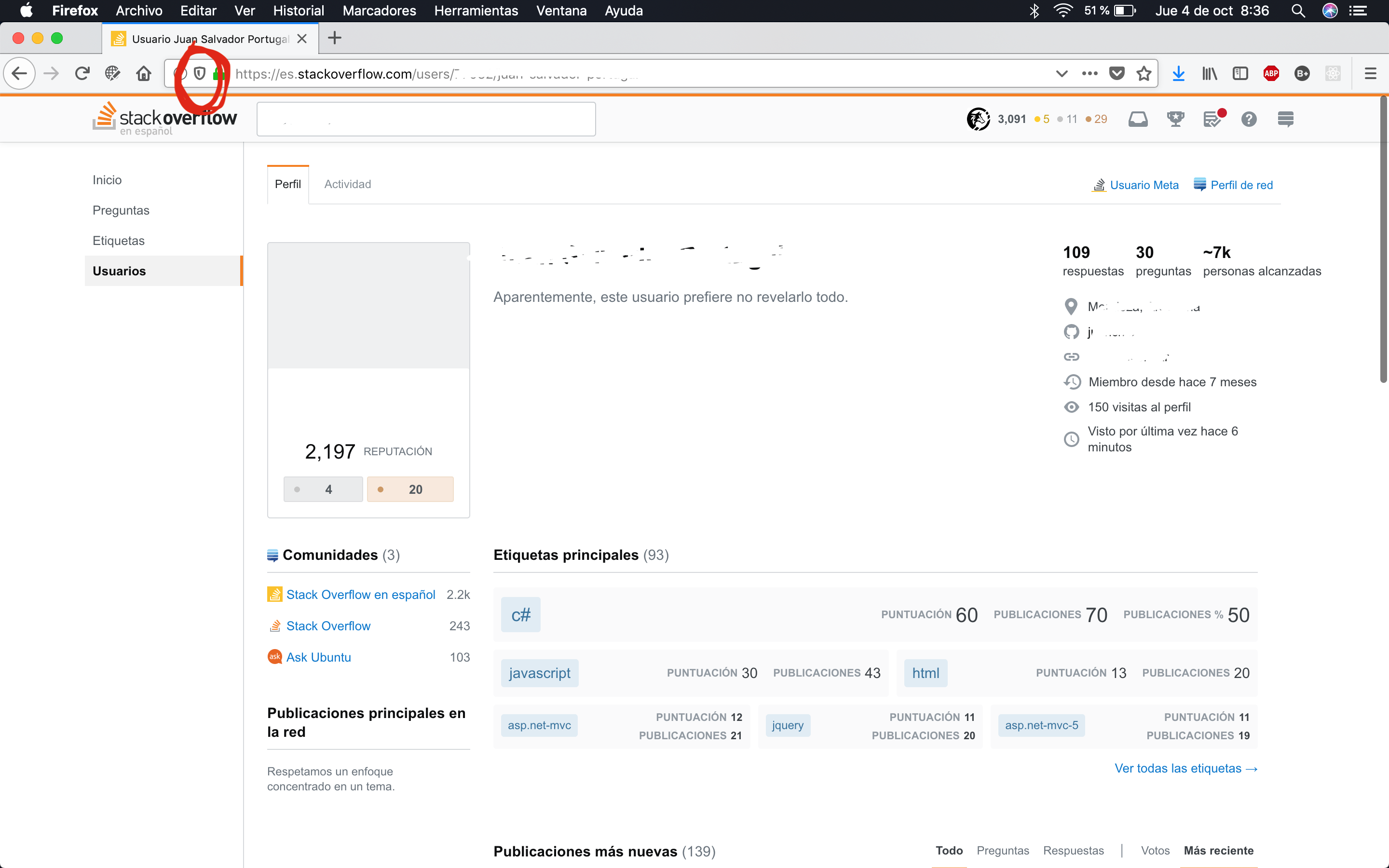 Not the answer you're looking for? Browse other questions tagged bug status-bydesign profile-picture .

105
Do not load Facebook-based avatars directly from the Facebook CDN
2
Profile picture display problem
86
Allowing images from external sources opens doors to serious security exploits
8
What is the role of graph.facebook.com here and why should it be loaded?
8
Default profile picture from Facebook is being displayed, instead of Facebook picture if a user joined before Stack using Facebook API v2+

8
Can't ask a question when IE Tracking Protection is enabled
2
Job information in careers profile is not displayed
9
What are the displayed and maximum uploaded profile picture sizes?
2
Consecutive days calendar in profile page is not correctly displayed on Firefox only
11
*Why* are transparent profile pictures not supported