Likely the same problem that happened on Are the reputation notifications broken again? (April 2017) and Reputation not appearing in Rep. Notification Queue - yet it is given silently (August 2018). From what I gather from these two questions, this is a bug that happens sometimes and need an operation of sorts to be fixed. Then again, I'm not sure of the technical stuff behind it so, better to report it again just in case.

The achievements dialog does not display every rep change, though the total rep is modified as it should. Sighted on SFF and HSM. Firefox 62.0.3, Windows 10. 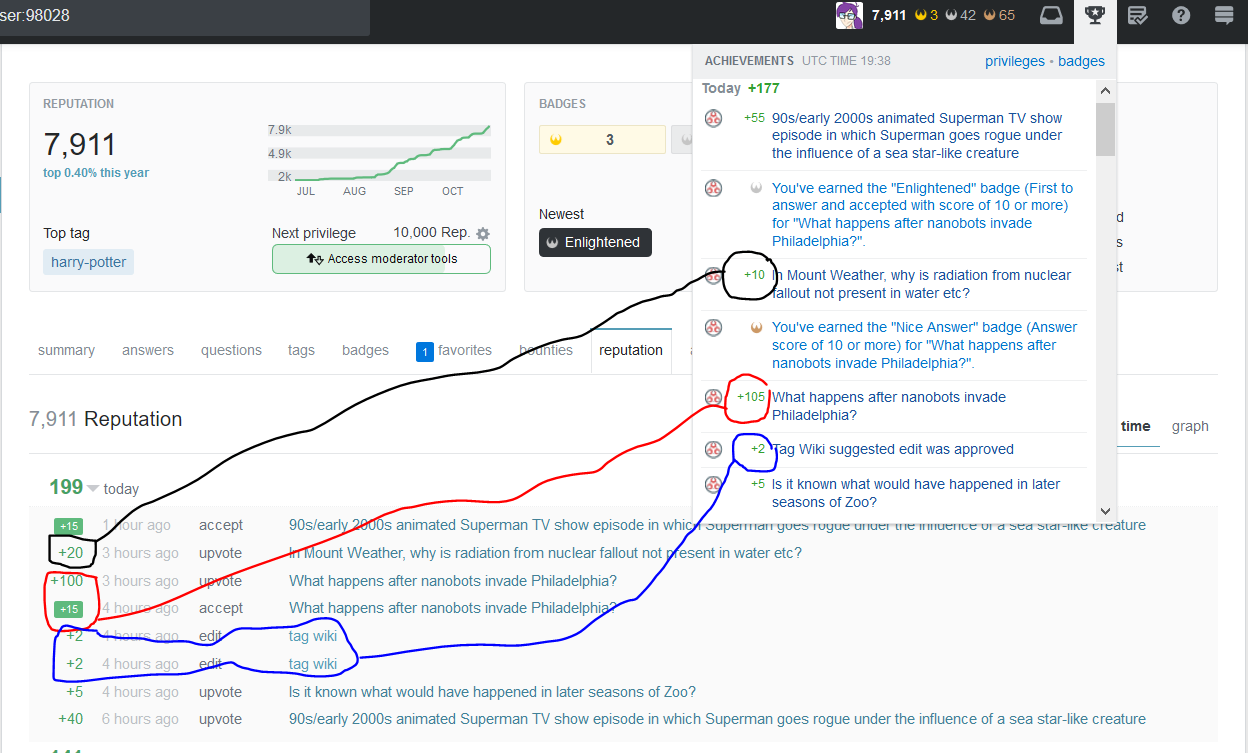 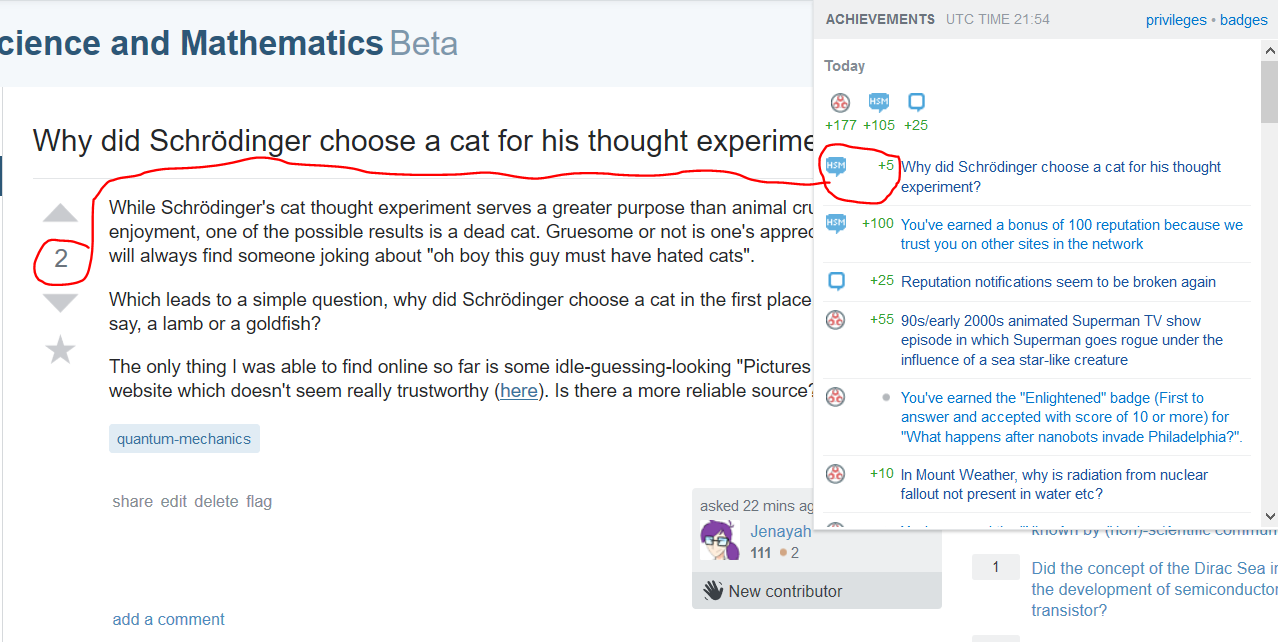 For what it's worth:

I apologize for today (well I guess yesterday) being far less than awesome. As Architecture lead and main author of this set of changes, it's on me.

We deployed some massive changes that we knew were risky but deployed carefully and up until the last build of the last application they looked awesome. In a "I wish more things would break so I don't think I'm crazy" level of awesome.

Then we built stackexchange.com (the app we considered the least likely to break anything). That's when shit hit the fan. Queues shot up. Alarms went off. Queries slowed down. Our SQL Servers slammed against 20Gb network throughput limits. HTTP requests piled up. We bounced between offline and unstable for 20 minutes. Then it went downhill from there.

The aggregator (the thing that powers the top bar) was one of several pieces of infrastructure that took severe collateral damage in the process. The aggregator is very old and in need of a rewrite. Tonight a large chunk was rewritten. When we observed a severe performance degradation (only observable at production scale) after the EF Core port resulting in the aggregator being unable to keep up with incoming aggregator events, I rewrote all of the persistence in the aggregator to use Dapper instead. With help from Geoff and Jarrod this is now deployed to production and running smoother and faster.

What this doesn't solve is gaps from failures in the serialization due to order of events queued in the interim with bad IDs on the primary key fields (an ordering error in the EF Core conversion - and my fault). You may notice a few missing events in the aggregator of any type: activity, reputation, posts, etc. We will be fixing those early next week with a full backfill (something we've never attempted and have to figure out and write).

Thank you for being patient as we make some huge codebase changes on the way to .NET Core. It's never our intent to be less than awesome for you, and I hate it when we fall down. When we fail, I take it very personally. I love that the community is understanding when things go wrong - you are the most important thing to all of us here. <3

Thanks for reporting this. We're still debugging the issue, but we've tracked it down to the Aggregator that we use to push these. When you reported this, we had a backlog of thousands of items in the queue. The queue cleared, but then it backed up again.

We have several devs digging in trying to find the issue and get it resolved. It should be resolved soon.

Not the answer you're looking for? Browse other questions tagged bug status-completed notifications achievements-dialog notification-bar .

116
Badge symbol in notification is of the site you're on, not where badge was earned
37
Reputation not appearing in Rep. Notification Queue - yet it is given silently
24
Reputation changes not visible in the achievement box (again)
9
One of my Super User questions does not appear in the Top Questions section of my network profile
6
When to close a bug report as no longer reproducible?
3
Are the reputation notifications broken again?
7
Not notified of all rep changes, old bug returns
2
SO network was very slow
1
Badge notifications from other sites should not use the icons from the current site