Is there something wrong with the way Stack Exchange is sorting sites by name?

There seems to be something wrong with the sorting of Stack Exchange sites by name: 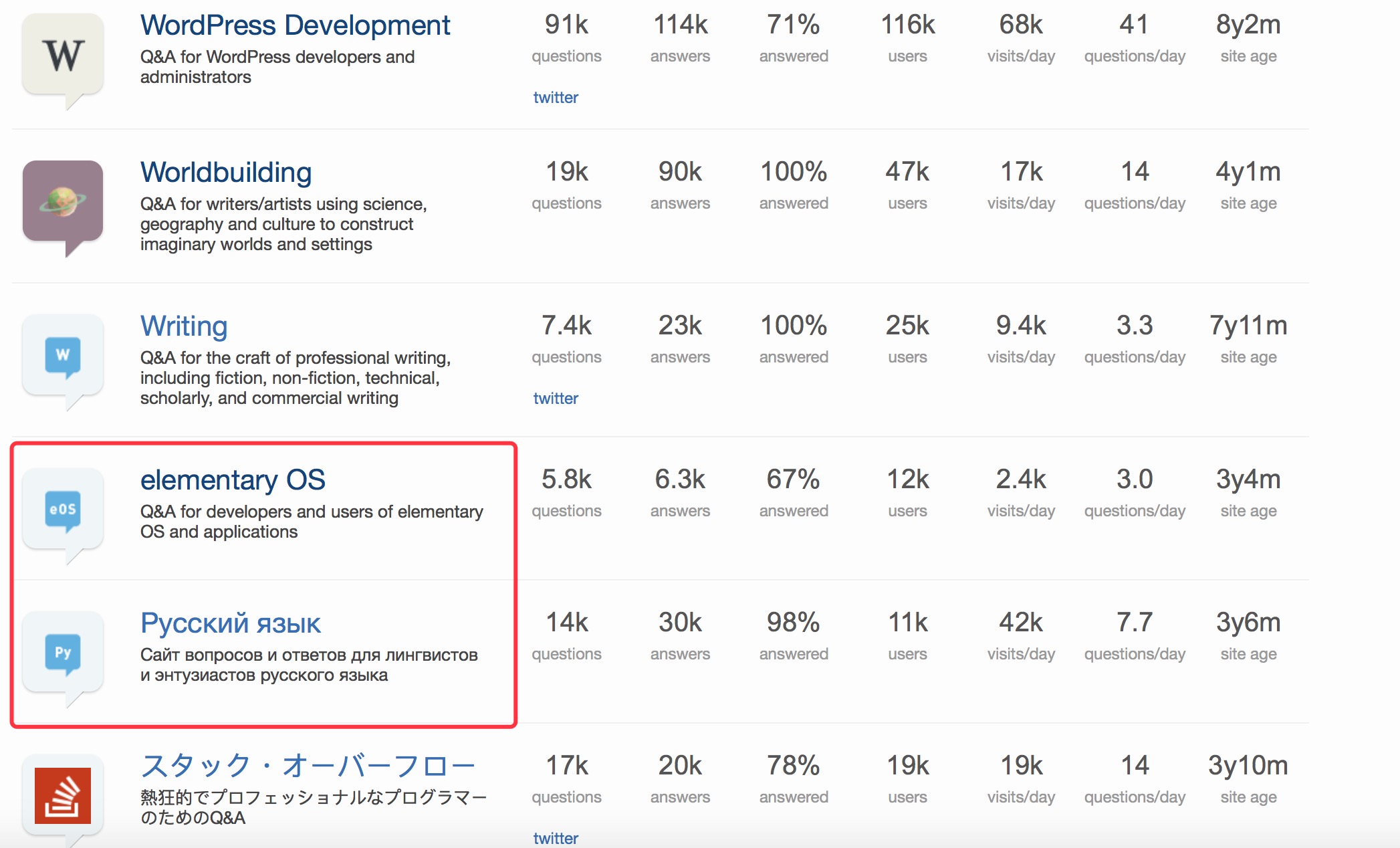 elementary OS and Русский язык appear in the wrong place at the end of the list.

As @Xufox notes in the comments, they're sorted case-sensitive and that Р is not a Latin P but a Cyrillic 'R', so it's outside the Latin alphabet. I think that page was created while all Stack Exchange sites started with a Latin capital letter.

It does make sense to sort elementary OS between Electrical Engineering and Emacs, but Русский язык will never fit in. Or, alternatively, change the name to "Elementary OS". There are probably many elementary OS enthusiasts who'd nail me to a cross for this, but Vi and Vim Stack Exchange also starts with a capital letter even though vi does not.

Not the answer you're looking for? Browse other questions tagged bug stackexchange.com sorting .

2
All Sites page not sorting correctly

107
What are the criteria for questions to be selected for Hot Network Questions?
10
Is there a way to see questions with a certain tag from all Stack Exchange sites?
34
Ignore “The” when sorting sites alphabetically
7
How are sites sorted in the all sites in the Stack Exchange Android app?
84
All Stack Exchange site logos are showing up as the 3D Printing one
13
Suppress “Stack Exchange” part of site names in the lists of sites
9
Text on Sign Up button is not aligned for localized sites
4
Searching all SE sites with view=list#name for keyword results in a bumpy ride