While using the top bar to navigate across communities, I noticed that the reputation displayed on meta sites on that list does not match the one of their corresponding main sites: 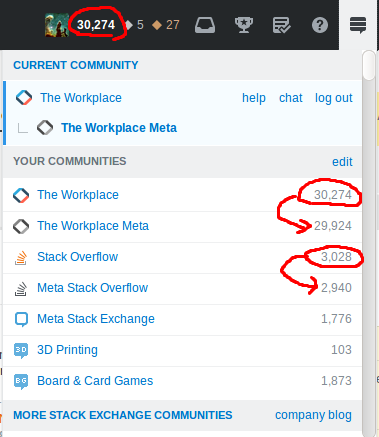 I have noticed on past situations that reputation gained takes a bit to "update" on the display on Meta sites (that is, if you gain rep on SO, for example, it will take some time for you to see your updated rep on MSO).

However, I have never noticed this behavior here, on the Sites List of the top bar. Furthermore, the "delay" here seems to be more severe, as the "outdated" rep showed is of several days ago (for example, I turned 3k on SO almost exactly a week ago, but the rep shown on MSO is still <3k).

Any idea what could be causing this behavior?

Update: 2 months later this persists: my main site rep updates correctly but their corresponding meta rep remains the same as in the image above.

Update: As per Catija's suggestion I removed the site (MSO) and put it back in, but it didn't update the rep.

However, after removing one site (TWP Meta), waiting at least a day, and then adding it back I see that although the reputations still don't match, the number displayed did changed a bit (previously 29,924 but now 33,112): 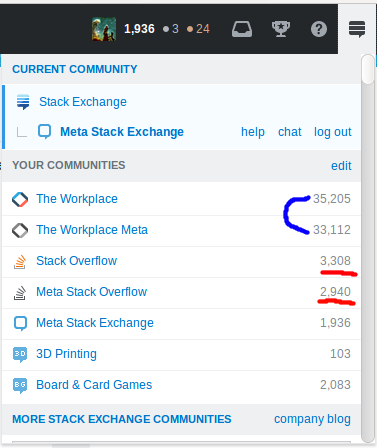 It seems the global reputation recalculation following the change in question upvote reputation in November 2019 did temporarily reset the reputation of Meta sites to their correct values, at least for me. 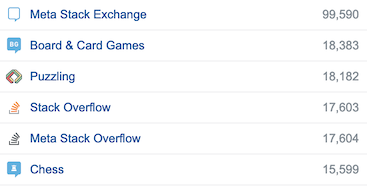 (My Meta Stack Overflow reputation in that list used to be 16k and a bit.) This didn't happen for all users (see the comments below) and the following months it remained stuck at 17,604. However, today (May 16th, 2020) I looked again and behold: 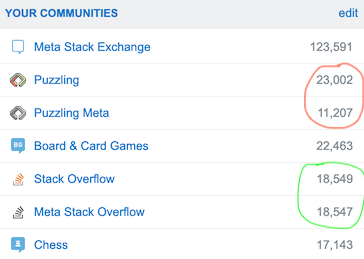 For Stack Overflow, it's (temporarily?) back to normal; the +2 on the main account is very recent. For Puzzling, the difference is still enormous. A few days ago (between June 10th and June 13th) it seems to have synced again; it's now 18,641 (main) vs. 18,627 (meta). Yesterday or today (July 17th), it synced again; both are now on 18,759. Perhaps the sync job is non-deterministic, like the badge award job?

I hope this information may help in fixing the bug. The API is affected by a similar bug: /me/associated doesn't return meta sites anymore. 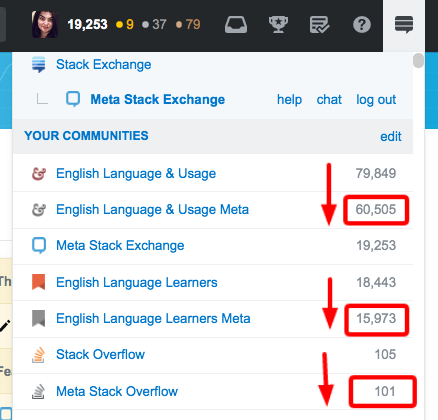 The difference in reputation between the main site and meta is remarkable, on EL&U it says I have 79, 849 while on meta the score is 60,505, the resulting gap between the two sites is nearly 20,000 rep. I have no idea how long this "bug" has been present but I noticed it for the first time yesterday (May 12, 2020) and then tried searching for answers/solutions today. To state the obvious, it seems that the main site reflects the current score accurately while meta doesn't.

When I visit the different meta sites, the scores tally.

I haven't been particularly active on my accounts with the exclusion of Meta... but MSE doesn't have its own meta, which we would agree would be very confusing, hence the reputation score on the screenshot just says 19,253.

The mismatch in reputation is also replicated on my mobile, so that's weird. 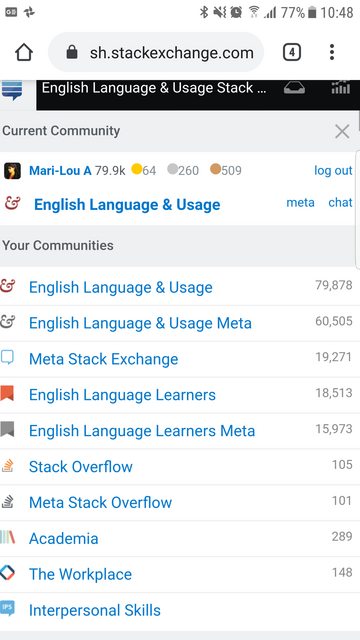 Not the answer you're looking for? Browse other questions tagged bug status-deferred reputation per-site-meta communities-list .

537
Recent Reputation History Changes
147
Make voting activity on your posts available on site metas (what you would get from rep if metas had rep)
1
I noticed a link between meta sites and parent sites except for Stack Overflow, how so?