This feature scales images down without having to use HTML tags. It's a great idea but anything below "l" is instantly too small.
I get that it's supposed to be 100% then 50% then 25%, but it's such a big cut, especially on the UX board, where you need to see some details on the screenshot. 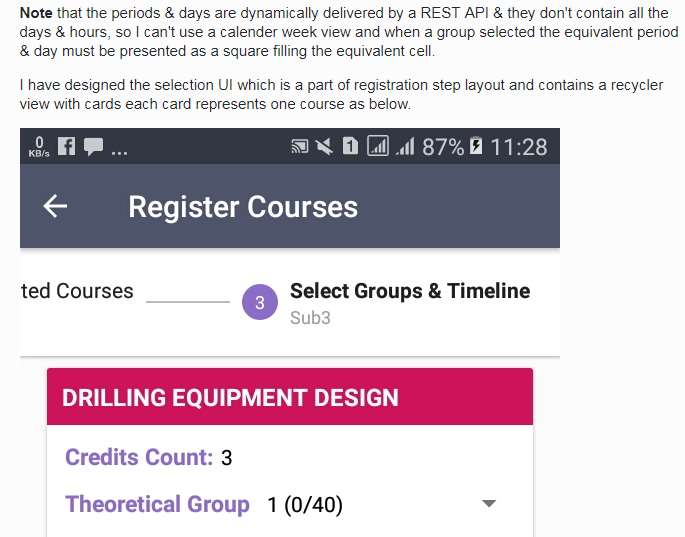 Now I add the "m" modifier, expecting it to be slightly smaller but not super small.

Adding "s" results in this:

So both m and s are basically unusable. Is there something in-between m and l?
Like 75%?

Edit: Since it's an imgur thing that we can't influence, is there a way to get "75% width" with the HTML tag and not having to worry about the exact pixels?

165
What are the effective communication channels for effecting change to SE?
71
The Stack Imgur service is no longer resizing images correctly
12
Scale down images in SO question
28
Is the continuing absence of Imgur resizing for new images still temporary, or permanent? ETA?

50
Thumbnail image on Stack Overflow
32
What smart ways to prevent “image rot” can we come up with?
31
Automatically resize high-resolution screenshots
81
Proposal to make close votes scale with rep
34
CORS for stack.imgur?
22
Image size limit: Why it is set to 2 MB?