Too many hamburgers and not enough space for icons

This is how the new responsive design looks on a narrow screen when you have a lot of stuff going on in the top bar: 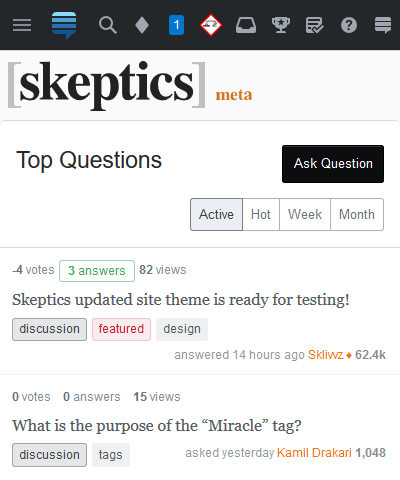 This is how it looks when you narrow the screen a bit: 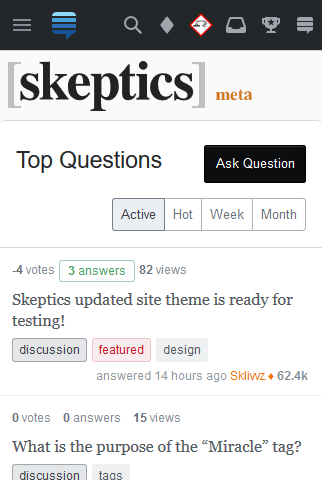 The help and the review icons are gone now. Which is the expected behaviour for a responsive design, and as I'm familiar with this concept, I'd simply look into the hamburger menu that contains the overflow menu items.

There are several issues with this in the new SE design. There isn't a single hamburger menu here, there are three of them (credit goes to Sklivvz for noticing this first and pointing me towards this issue).

Well, two of them look a bit like the SE logo, but they're still very similar in design to a hamburger menu, and ones of them actually works similar to one. And the other issue is that not a single one of those three hamburger menus actually contains the overflowing top bar items. As far as I can tell, the icons that are hidden due to a lack of space simply disappear, there is no way to reach them in this case.

How is a new user supposed to understand how this works? Any why are the overflow items not present in any of the hamburger menus, there are certainly enough of them?

17
Please don't completely remove the mobile website, for the benefit of users on slow connections
15
Three “hamburgers” but still no direct link to meta