Why are images of text, code and mathematical expressions discouraged?

Often I see new users posting images, containing the text of the question they were intending to ask, or a part of it. This is especially true for the science and math based sites where new users don't know how to use MathJax. I tried searching through the previous questions on Meta SE, but couldn't find a Q&A thread dedicated to this. As we know, the common reasons are along the lines of "images are not text-searchable", "can't be read by screen reader applications", etc.

I know threads addressing this issue exist in some of the child metas but they're way too scattered. It would be nice to have it summarized under a single thread on the mother meta.

Related: Discouraging screenshots of questions - at least the textual part, Why not upload images of code/errors when asking a question?, Why do people post screenshots of their terminals?, idownvotedbecau.se/imageofcode, Self-delete my criticized question?

Because of OP's invitation, I'm going to extract part of my answer in the from Math.Meta.SE.

We can easily find a bunch of questions with math expressions like "n < 2ⁿ" with the help of Approach0. 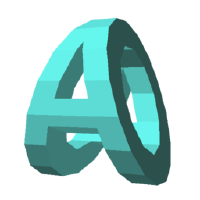 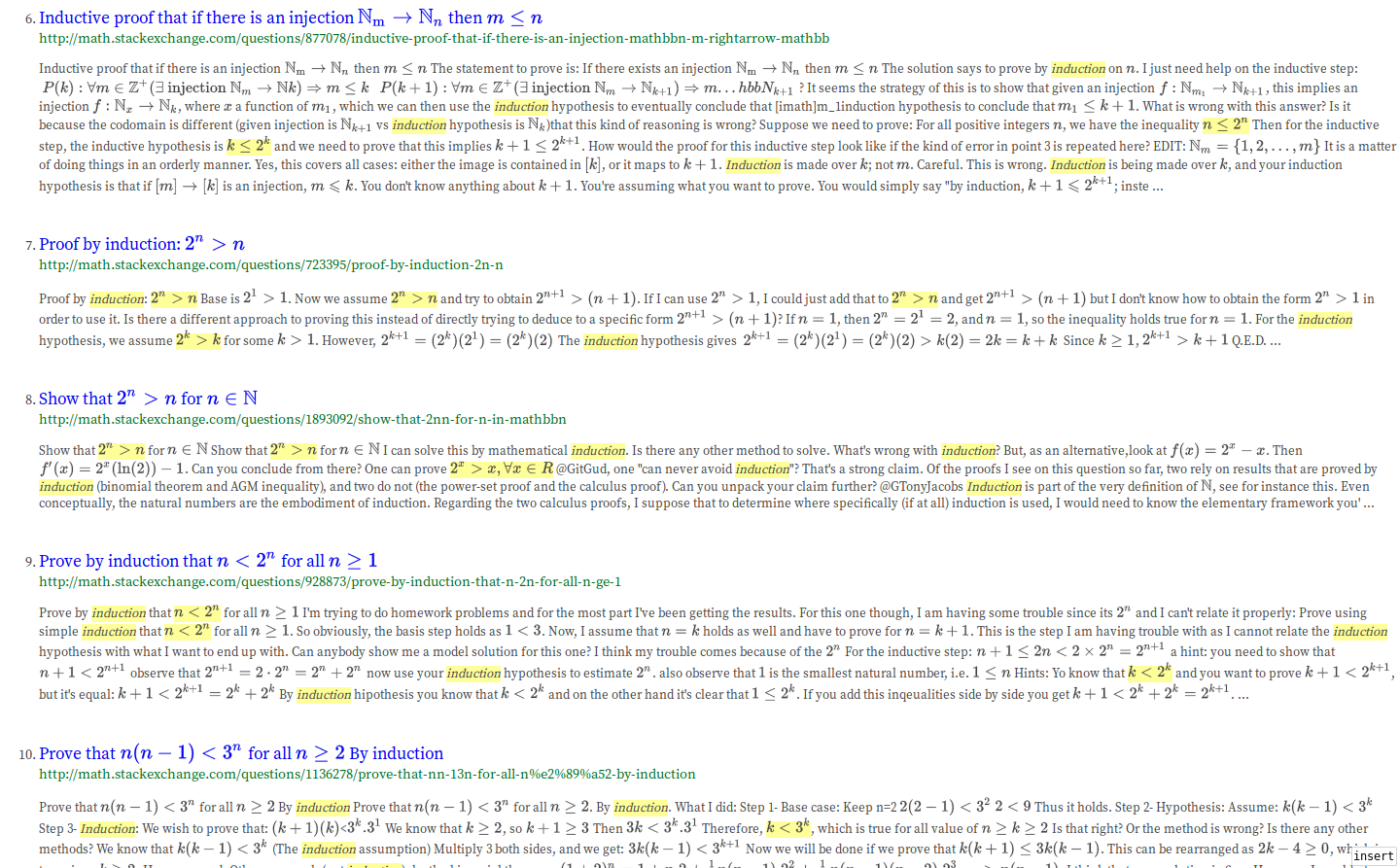 As we can see from Figure 3, the matched expressions get highlighted, notably "n < 2ⁿ". Moreover, it can also highlight "k < 2ᵏ". That's not something that usual web search engines (including the built-in one on SE) would do. This helps the community to spot out possible duplicates despite difference in the choice of variables.

The accessibility issue has been discussed in details, while others also mention the poor searchability of text images.

I'll post some examples illustrating how those pictures are read by machines.

"Google Does Not Extract Text from Images" 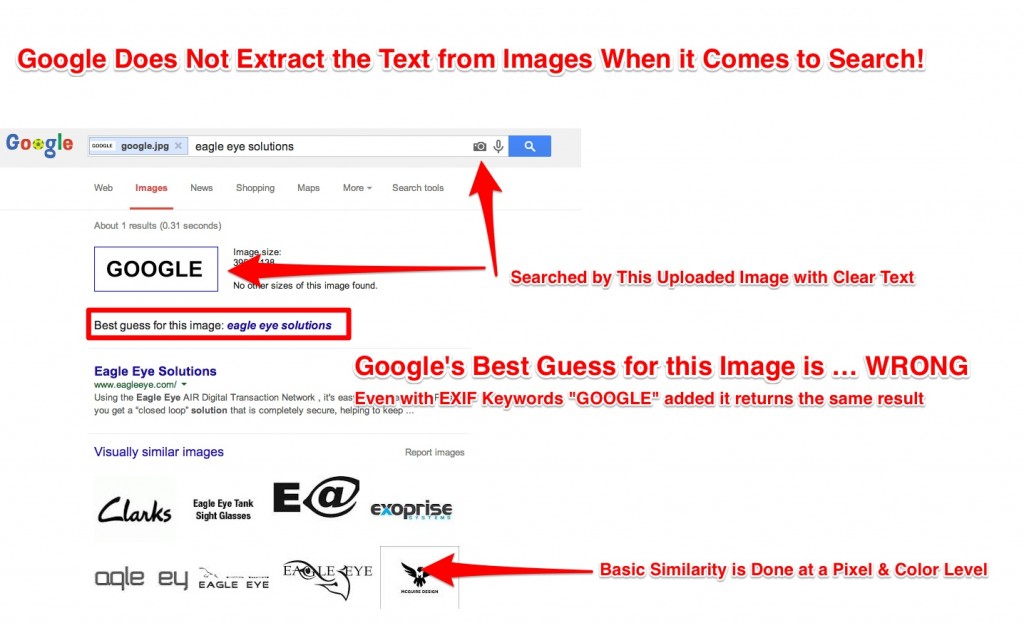 Figure 4: Google's misinterpretation of text image "GOOGLE"
(Image) source: Did Google Just Read the Text on My Image and Can This Affect My Rankings? by Razvan Gavrilas

If everything has been typed out, then a web search engine can interpret its content. Compare these two version of a math question in terms of SEO:

Google sees an image by its alt attribute. In many questions, it's simply "enter images description", which is not descriptive. Therefore, a text image alone can hardly be useful to the search engine.

From the previous comparison, it's clear why SE moderators and staff prefer users to "type everything out".

Remarks: In general, it's advised to give descriptive alt text to a web image.

Participation on SE for persons with disabilities

As the name "Stack Exchange" suggests, this network promotes and facilitates the exchange of ideas between individuals. In the next section, you're going to see why SE's moderators are against the use of text images.

Despite Euler's blindness, he had been contributing to the math that we're now using. While standing on the shoulder's of disabled savants, should we help interested (potential) readers with disabilities in return? 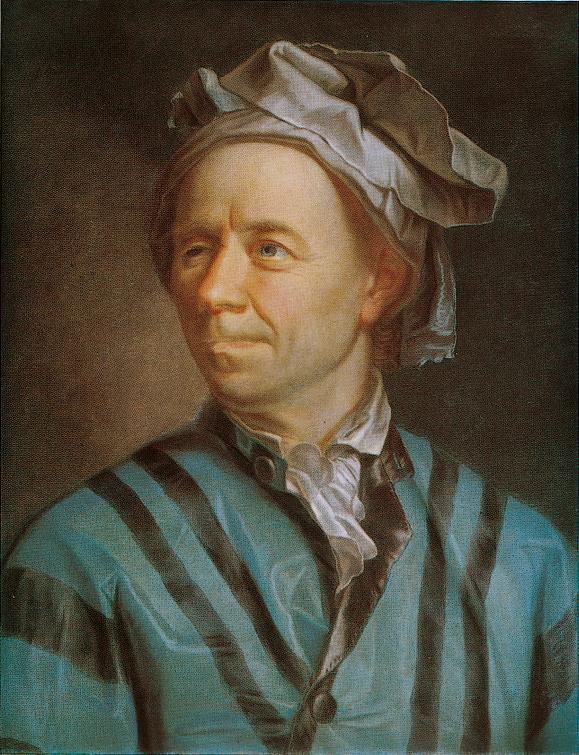 My process for answering a code-related question often involves:

If my answer helps, I assume the OP will copy and paste my code into their environment. (And hopefully modify it to serve their needs with their new-found knowledge.)

Obviously, a screenshot requires me to retype the code in step #1. It's always possible I'll make a typo and answer the wrong question. It's also irritating since the OP could have copied the code directly rather than posting a screenshot. So maybe I won't try to answer that question after all.

It's an accessibility issue for 2 reasons:


I encourage you to use a screen reader and try it out. I will also provide an illustration of zoomed-in text.

When someone zooms-in on an image, here is an example of what they might see:

Zooming-in on text as part of an image:

Text zoomed-in, not an image:

To someone with a visual impairment, zooming-in on text may be the only way to read it. But if the text is an image, it may be too blurry to read. For the rest of us, it is difficult to read.

For all of us, please post your code and other text as text, not images!

There are several reasons, as far as I am concerned:

In addition to the other answers, I add one reason that, from my point of view, is the most important.

When answering a question, one often needs to quote a piece of text from the question or report an equation. If the piece of text or the equation are contained in a picture, the answerer needs to rewrite them completely, wasting a lot of time.

And you don't want to annoy potential helpers in this way.

There is a very good reason for discouraging images of text and code: they are not accessible to people with specific vision impairments.

See also Understanding Success Criterion 1.4.5: Images of Text in the W3C's Understanding WCAG 2.1, which encourages text rather than images when possible:

If an author can use text to achieve the same visual effect, he or she should present the information as text rather than using an image. If for any reason, the author cannot format the text to get the same effect, the effect won't be reliably presented on the commonly available user agents, or using a technology to meet this criterion would interfere with meeting other criteria such as 1.4.4, then an image of text can be used.

Source code and mathematical expressions can definitely be presented as text (if we include using MathJax in our broad definition of text), so using images of code or formulas should be discouraged.

(Of course, there is also the issue of indexing and searching, and of copying code to try things out, but my first reaction is to look at it "through accessibility eyes".)

In addition to other reasons offered I suggest that it is discouraged because it means people are less likely to answer since taking a picture rather than inserting the text appears rather lacking in effort.

I would like to add one more (perhaps minor) reason as to why images should not be used in the content of a post unless absolutely necessary.

For those who use syndication feeds to follow a topic/question/answer/user, images are a nightmare. The images included in a post, for obvious reasons, cannot be included as text in the content-summary in the feed -- they are only included as external hyperlinks. Especially in terminal-based feed aggregators, this means that one would have to leave the feed aggregator and open a hyperlink to understand the content of the post if the image is crucial to understanding the post. Thus, if possible, it is always better to include all the necessary information in the body of the text.

Yes people shouldn't use image, screenshots, etc. But the fact is that people do. And sometimes when you are showing a problem in the context of the application the screenshot contains other information that just the error string would lack. So there is value to screenshots also. Maybe Google's text search in image isn't working well, from personal experience Microsoft OneNote text search in image is very helpful. Especially when someone shared a step-by-step how-to with screenshots. So let's not just blame the users and let's see the opportunity here for StackExchange / Stack Overflow to implement the OCR AI so text from images can be searched and extracted.

859
The Many Memes of Meta
13
Review queue Help Center draft: Suggested edits queue
42
Please catch no alt text in the automated question review process
1
Allowed to post scanned page from text book on SE
11
Close reasons are a poor way to give advice on how to improve a post
5
Image descriptions are very rarely written in by users
4
Accessibility and Tables - Could we borrow the markdown used by Jira or similar?

78
Why are trivial edits discouraged?
165
Are we discouraged from fixing typos and misspellings on Stack Exchange sites?
120
Ban ImageShack images because they are reusing old URLs for advertising
14
Problem with viewing images on all Stack Exchange sites (in Colombia)
534
The MIT License – Clarity on Using Code on Stack Overflow and Stack Exchange
118
Roadmap to HTTPS: serving and uploading HTTPS-images only
122
Responsive Design Themes - What can sites customize and how can they get changes implemented?
6
Should transcriptions of text-based images be included (only) as alt-text?
31
Stack Exchange policy on images and the visually impaired
100
Policing gender expressions and pronouns