Why don't we give visual priority to top answers over top questions in the network profile page? 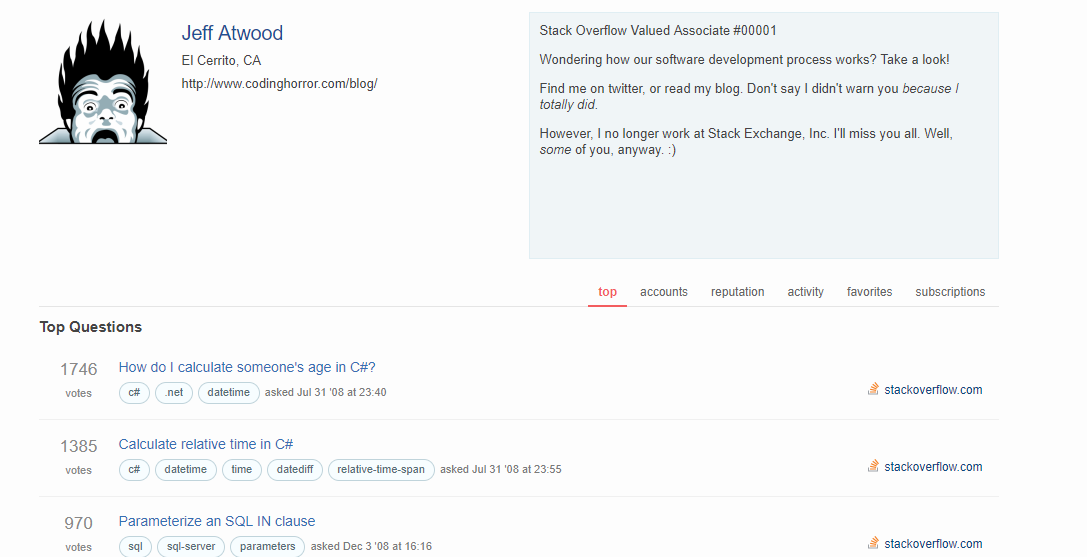 The network profile pages are in part, a way to show a user's work in relation to community values. The "top" page is also the default page on the profile, which makes it the most visible. If our community values answers over questions, "optimizing for pearls, not sands", should we not give prominence to the top answers before the top questions? Is there a reason why we place questions above answers?

@Ollie prompted me to promote my comment to an answer. I suggested that the system could determine the score of the user's top-voted answer and top-voted question. Whichever is higher would be shown first, such that whichever way that user has contributed most to the community is shown most prominently. Your most valuable contributions are shown first.

However, in putting in the effort to craft a well researched answer, I went to grab some screenshots, and learned that the per-site profile page intermixes them both (by default) and also shows which tags to which you've contributed most. Here's my network profile: 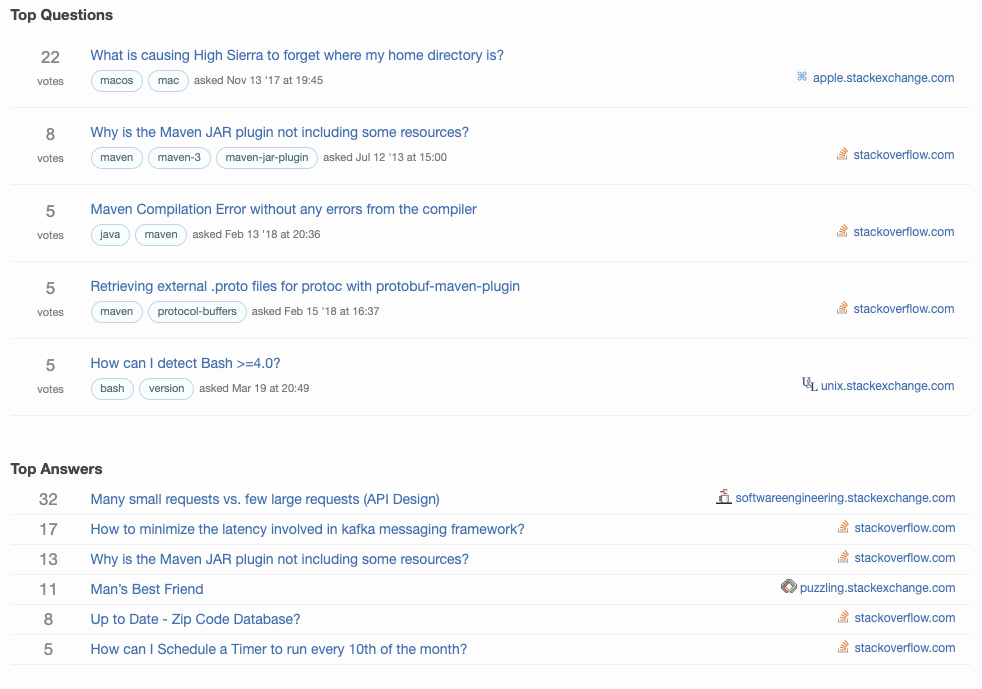 And here I am on StackOverflow: 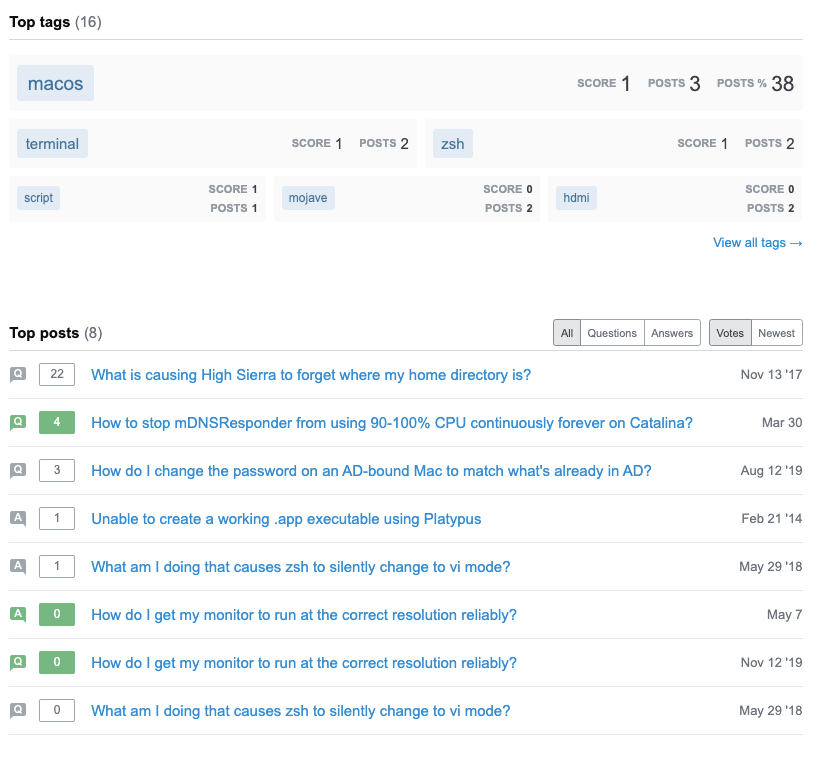 That seems to me to be even better than my original suggestion of simply promoting whichever section had the best top score.

When I'm logged in, my network profile is the same, but looking at one of my own site-specific profiles I get a third UI: 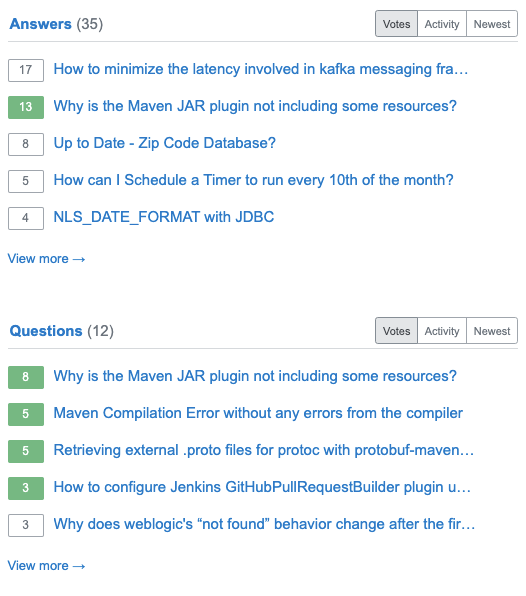 Obviously there are aspects of the profile that you only show to the user who owns it, but for the purposes of showing questions and answers (and tags?), I think the per-site, not-logged-in-or-not-your-own profile has it right.

Not the answer you're looking for? Browse other questions tagged feature-request design profile-page network-profile .

42
In user profiles, why are questions given more weight than answers?
546
How to avoid "Hot Network Questions" on the sidebar
132
Profile Page Makeover, Part 3: the Prototype returns
13
Don't show hidden communities on "Top Posts" in network profile
459
Employee profiles are now marked with a “Staff” indicator