Will we lose our reputation we earn from hats when we lose them?

I realize that there are already four answers all saying basically the same thing, so a fifth answer would be kind of redundant. However, there is an important point that none of the other answers addressed. It is true that no reputation is awarded for hats; but we can go further than that. We can actually see what you got reputation for.

First we have to figure out which site you earned the reputation on. Here is a screenshot of the Accounts page in your Network Profile: 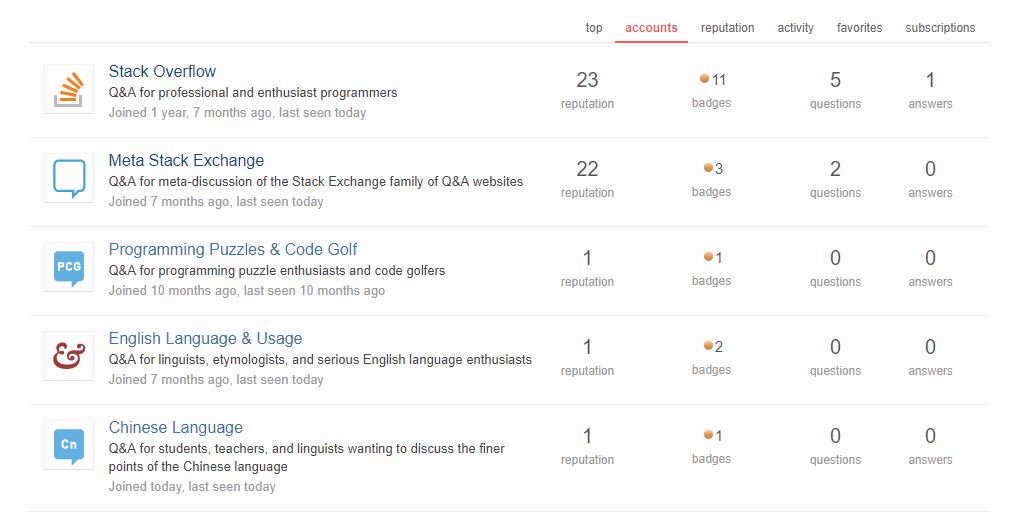 Right away we can see that you have only ever earned reputation on two sites — Stack Overflow and Meta Stack Exchange — so we won't have to do that much digging. Let's start with your Stack Overflow account.

If you go to the Activity page in your account and look through the tabs there, one of them is called "reputation". This tab contains a record of all the reputation you have earned on Stack Overflow, with the more recent earnings at the top. Here is a screenshot of what we find:

This leaves us with your Meta Stack Exchange Account. Following the same procedure, we get this screenshot: 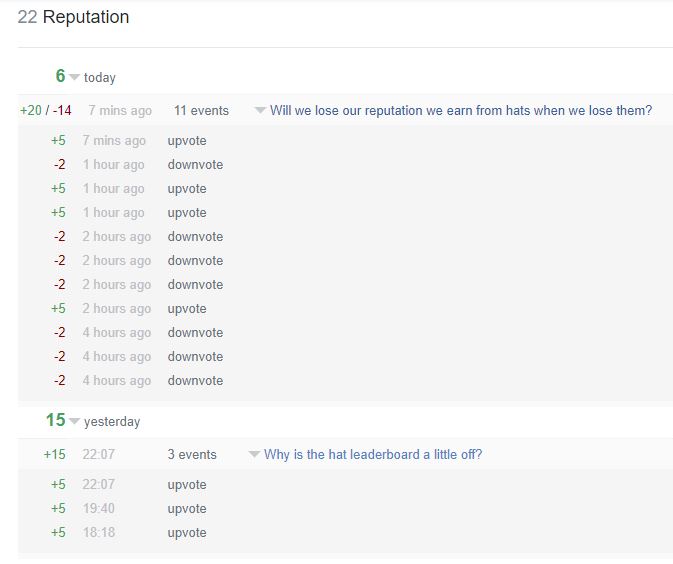 If you want to try to figure out precisely which reputation gain was the one that you associated with getting the hat, you would have to figure out when you got the hat. First we have to check which site you earned the hat on. A perusal of your profile page shows that you earned it on Stack Overflow: 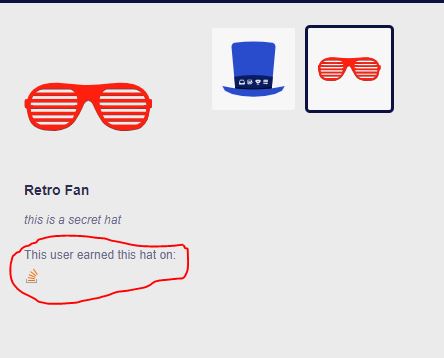 Knowing this it should be pretty simple to figure out when you got the hat — the hat you got is for voting on a post over a year old. You can check your voting history by going back to your Activity page and clicking on the last tab "votes". This tab is only visible to you so I can't provide screenshots, but once you go to that tab, you will find a bunch of sub-tabs, the second of which is "upvotes". By clicking there you will find a list of the posts you have upvoted. All you have to do is find the post that was over a year old (or if there is more than one such post, then the first one from after Winter Bash began). When you find the post you will see a number of days or a number of hours or a date listed to the left of it. If you hover your cursor over that number/date it will provide the exact timestamp of the vote. Once you have that information you can go back to the reputation tab in your Meta Stack Exchange Account and compare the timestamps there to see which reputation change occurred around the time that you cast the vote on the old post, and that will presumably be the reputation change that you thought was from getting the hat.

Hats neither give reputation nor take it away. The 2 rep that you got is not connected to hats. Perhaps you accepted an answer, had an edit approved, or downvoted two answers that were later deleted.

Your points are not from the hats, it's from something unrelated to Winter Bash, so simply at the end of Winter Bash, you'll still have the rep.

Any votes you cast, comments you leave, ask questions, post answers, or any of the various other actions you can do on the network, and the reputation and badges earned via the same remain even after WB is over.

The triggers for the hats depend upon doing a specific task on the network, and that's where their relationship ends. The hats are related to the task you do on the SE network, not the other way around.

Winter Bash does not effect reputation in any way, unless you count earning reputation from posts that come from winter bash (show off your hats, knitting, etc). Because of that, you won't earn or lose any reputation at the end of winter bash.

Not the answer you're looking for? Browse other questions tagged support reputation winter-bash .

601
Formatting Sandbox
564
How does “Reputation” work?
578
How does the bounty system work?
796
What are the badges I can earn on each site, and what are the exact criteria for earning each badge?
536
Recent Reputation History Changes
15
When do our hats slowly walk off into the sunset?
204
Winter Bash 2018 Hat list
222
Winter Bash 2020 hat list 👒 🎩