What will happen when Winter Bash is over?

Tomorrow (January 2nd 2019) is the day that Winter Bash will be gone.

So I am thinking: Will there be some sort of a final ranking page anywhere?

It would be nice so I don't need to keep going to the Leaderboard every day to see my rank.

If there isn't going to be anything like that, what should I do to see my final rank on Winter Bash?

Nothing will change at the Winter Bash page (https://winterbash2018.stackexchange.com) after Jan 1st. The main WB page and the leaderboard will display as is until the SE team redirects it to the Stack Overflow Contest site later in the year.

The pages will stop updating after Jan 1st since no new hats can be earned and the ranking shown on the leaderboard after then will be your final ranking.

However, hats on your profile will be removed on Jan 1st and you can’t change your hats after that. 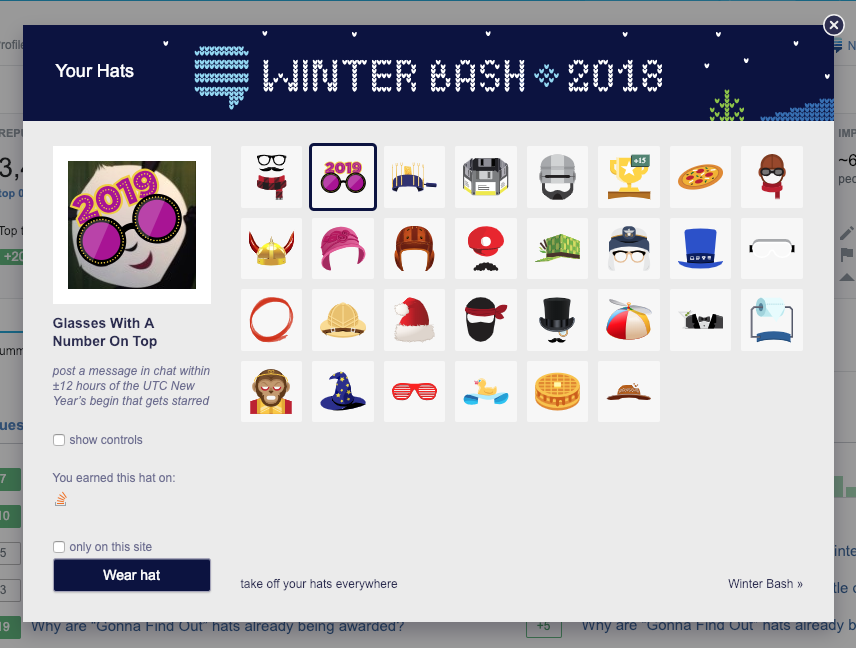 So, take lots of screenshots while you still have your hats!

Not the answer you're looking for? Browse other questions tagged support winter-bash winter-bash-2018 rankings winterbash-leaderboard .

-9
When does Winter Bash take place?