What can we do to stop spammers from exploiting the grace period?

Recently, spammers on WordPress Development discovered a "new" trick - the grace period. They post a spam post without the link and immediately edit it in.

Yesterday, I happened to spot yet another occurrence of this trick, and reacted quickly to insert a comment that gracefully broke their trick, which resulted in the following scene (click to enlarge): 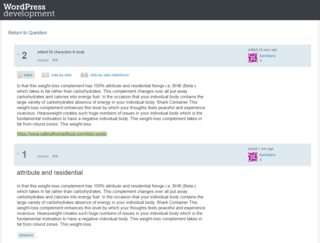 The original version of the post can be found on metasmoke.

The problem is, while the late-edit wouldn't change the outcome of the post when it's reviewed by humans, it does result in taking longer to delete the spam post (sometimes as unnecessarily long as hours) by preventing the post from being autoflagged, or other automated measures meant to nuke spam faster.

What's worse, it's a clear sign that big-time spammers are experimenting, trying to get around any spam filters on Stack Exchange, be they official or community-maintained. I think we here at Stack Exchange should always stay one step ahead of our rivals.

If I were to say, I'd suggest that an edit shouldn't be considered "in grace period" if it meets certain criteria. Examples of edits that should break the grace period would be adding an extra link, or when the majority of the title or the body has changed (which will also effectively address this declined feature request).

Or maybe just send the post to the realtime tab (155-questions-active) whenever it's edited, be it in grace period or not?

I think this is enough to fix typos, and for flags or other reasonable edits to be allowed during the grace period, so my suggestion is that the first revision of a question should not have a grace-period.

Not the answer you're looking for? Browse other questions tagged discussion feature-request edits spam grace-period .

422
Can a machine be taught to flag spam automatically?
73
The new ask page is now live on the network!
56
Terminate the editing grace period when a post receives a flag
31
End the edit grace period upon two or more spam/rude flags being raised
4
Is there something similar to the quality filter for edits made by the OP?

855
Can we have the ability to retract a close vote before it closes?
1887
What is the XY problem?
71
Let me add or change edit summary during edit window (grace period)
50
What can we do about all the reoccurring spam?
84
Reset question grace period once an answer has been posted
56
Terminate the editing grace period when a post receives a flag
123
Community should not autodownvote "low quality" autoflags cleared by edits
422
Can a machine be taught to flag spam automatically?
16
Is it worthwhile to try to engage spammers?