My picture is missing on my profile page

The profile picture is missing on my profile page. The relevant part looks like

Since this profile picture appears almost everywhere when I am referenced, quite a few other pages looks buggy. For example, leagues page, users page, questions page if it includes a question I just answered, a particular question I answered.

The url to my picture, which can be found by searching the source page is, https://lh6.googleusercontent.com/-w-CjJH1h44c/AAAAAAAAAAI/AAAAAAAAAAA/AAnnY7rci3hf-mTQ_myeO2ywdFow1HKcNQ/mo/photo.jpg?sz=32. When I check that url directly, it does return "404. That’s an error."

As I would like to believe, http 404 should never be returned to a request for a profile picture, since the picture is either automatically generated or replaced by one selected or uploaded by the user.

I know there is simple workaround, I can edit my profile by changing my picture to an image I uploaded. However, I would like to raise this as a bug before doing that.

(Incidentally, I love my missing profile picture that was generated automatically, which looks like the following.) 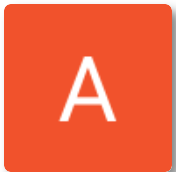 This bug has been active for more than a week. I did not report it initially since it might be just a temporary glitch.

Apparently, the missing of profile picture happens to some other users, too. For example, user azhagan's profile page.

Thanks to Discrete lizard's comment, now I see what is happening. When I registered my account on Computer Science Stack Exchange (CSSE) with my Gmail address, CSSE (or its mother engine at StackExchange) asked Gmail/Google for my avatar. Since I had never specified one for my Gmail/Google account, google had generated one for me, whose url was returned to and used by CSSE. However, I had only seen that avatar on CSSE, which caused me to believe that avatar was generated by CSSE. When Google updated the url for my avatar, which is the same as before a while ago to this new googleusercontent url, https://lh6.googleusercontent.com/-w-CjJH1h44c/AAAAAAAAAAI/AAAAAAAAAAA/AKxrwcavvH0hxdZM6FTuGUhWsXF45IcgPQ/s192-mo/photo.jpg, the previous url saved by CSSE became invalid, causing the problem.

In light of above explanation, this broken profile picture can be considered a feature by design instead of bug of CSSE (or just StackExchange). Of course, some action could be taken by StackExchange to improve the situation as discussed by What to do with broken avatars generated by Google?.

Depending on the situation, I might change the above update to an accepted answer so as to finish this question.

6
Why do some users have a blank avatar?
16
What can we do with broken avatars generated by Google?

87
Profile picture cannot have transparent background
104
Do not load Facebook-based avatars directly from the Facebook CDN
109
New! Smarter profile creation and syncing
131
Profile Page Makeover, Part 3: the Prototype returns
97
Why is my profile image different?
16
What can we do with broken avatars generated by Google?
17
'Save and Copy to all communities' resets profile picture if it's set to Gravatar