Yesterday I wrote an answer and subsequently noticed an alert on the Achievements icon for upvotes. Clicking on it and returning to the answer, I noticed that the answer score was +5 (with 5 upvotes and 0 downvotes) while the achievements box said +40. I thought that was odd but didn't file a bug report then. A comment on this report from 2014 said the issue resolved itself later in the same day.

Apparently, later in the day, there was another upvote on the same answer, then we moved from "yesterday" into "today" and the answer got four more upvotes before I returned to the site, now at +10 with 10 upvotes and 0 downvotes. The numbers still didn't match up. I checked the Activity tab for a screenshot, and it shows all the events there. I haven't been keeping track of my rep score/caring enough to know whether or not those points were credited. However, it does seem like there's a tech glitch here that the team may want to be aware of, so here's the bug report. 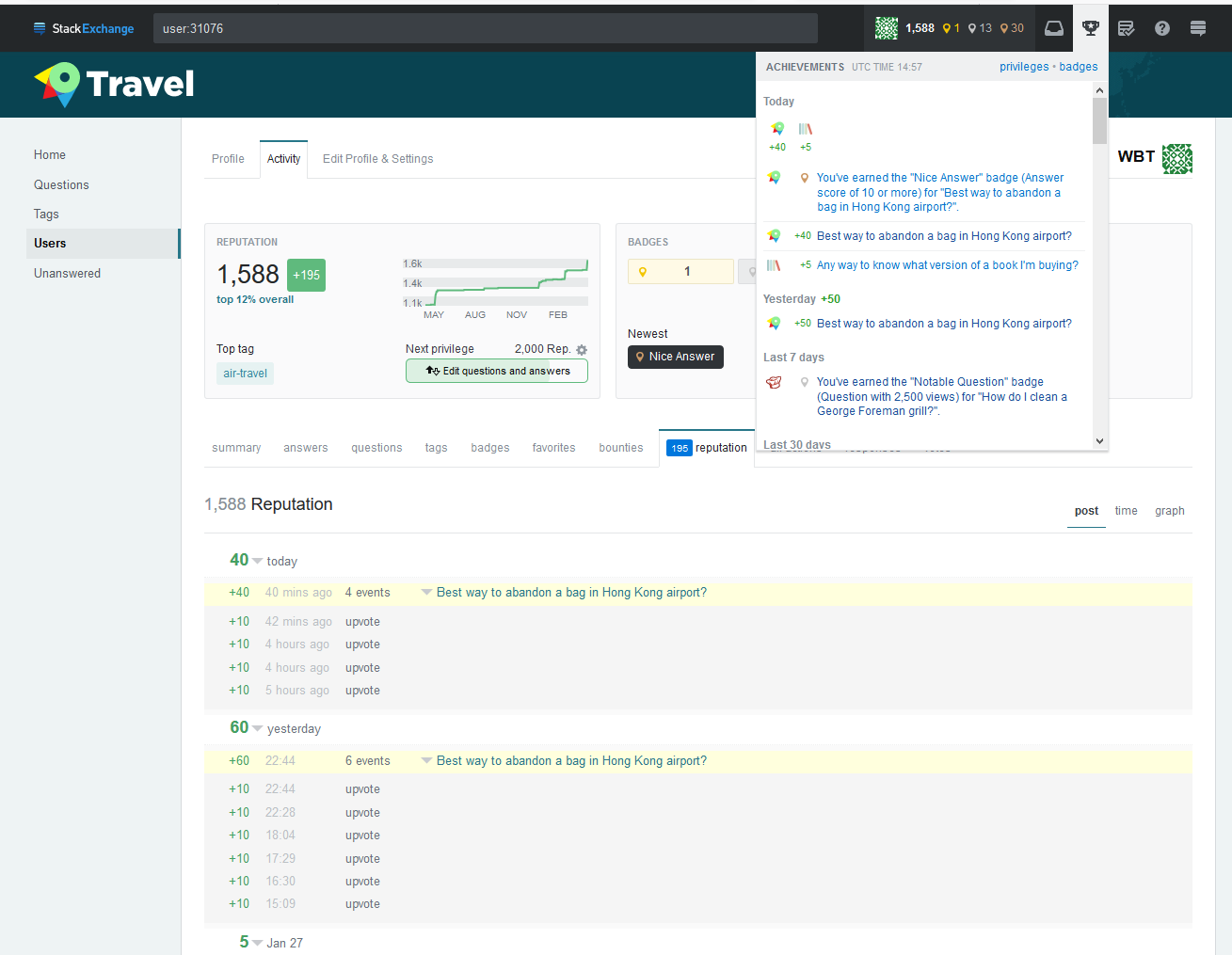