If I access chat from Meta Stack Exchange then tap on the "favorite" tab I just get a blank screen. 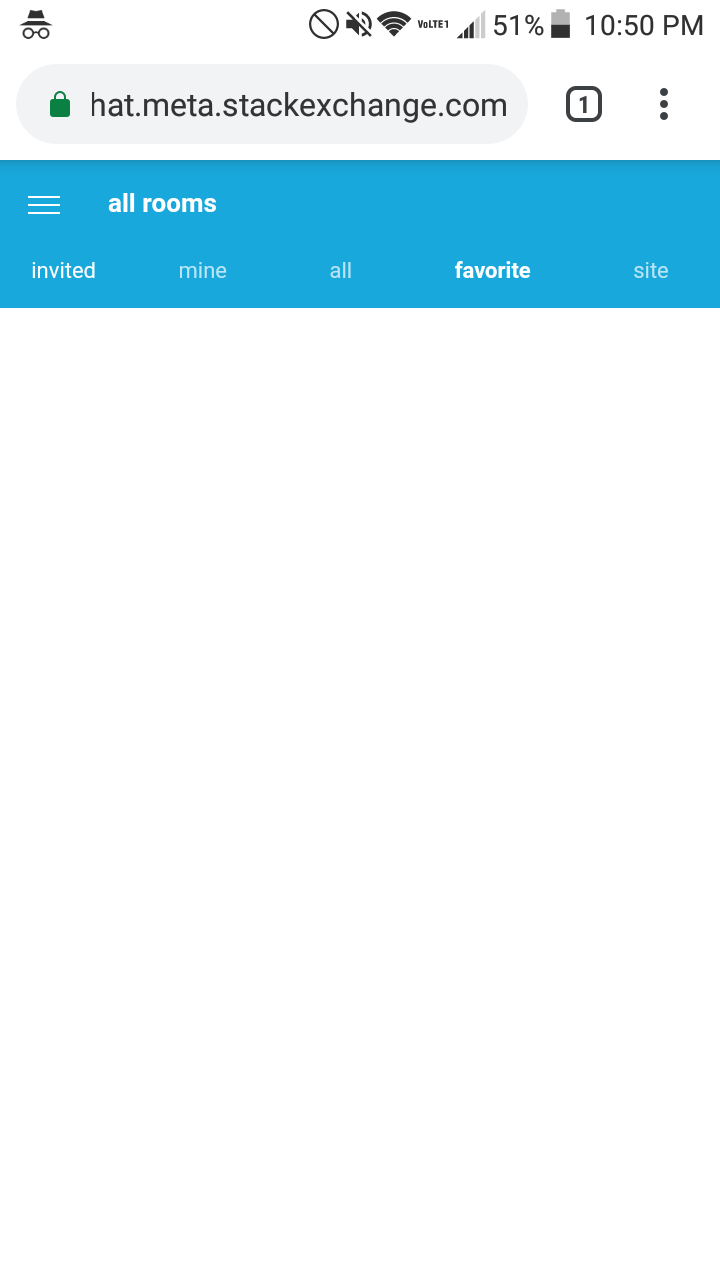 This is not the case for Chemistry Stack Exchange or a couple of other daughter sites.

As an aside, if you tried accessing chat from Stack Overflow, it also wouldn't work, because Stack Overflow also has its own separate chat server, chat.stackoverflow.com.

Not the answer you're looking for? Browse other questions tagged support status-bydesign chat mobile-web .

678
How do I get attention for one of my own questions without a good answer?
394
What is a 'rollback'?
796
The Many Memes of Meta
394
A site (or scraper) is copying content from Stack Exchange. What should I do?
322
Toward a philosophy of Chat
375
If you're gonna talk Politics, you must respect those who disagree
297
Was the retroactive change to CC BY-SA 4.0 approved by Stack Exchange's lawyers?
2208
Firing mods and forced relicensing: is Stack Exchange still interested in cooperating with the community?