EU's article 13 will heavily censor the web. Should we do something?

Creative Commons is against article 13:

It’s an extreme dragnet that will harm creativity and fundamental rights. Delete it.

GitHub, Debian, LibreOffice, SUSE, KDE are against it.

[It] fundamentally undermines the foundations upon which Free and Open Source Software is built.

160 companies (representing startups which generate 9.5% of total European GDP and 2.5% of the labour market) are against it:

we urge you to vote for a public debate on the Directive and, therefore, against the negotiating mandate

Snowden is against it:

If you are from the European Union, get active now, go to pledge2019.eu and ask your representative to #SaveYourInternet

EFF is against it:

News that you're not allowed to discuss

Article 11, which allows news sites to decide who can link to their stories and charge for permission to do so, has also been worsened. The final text clarifies that any link that contains more than "single words or very short extracts" from a news story must be licensed, with no exceptions for noncommercial users, nonprofit projects, or even personal websites with ads or other income sources, no matter how small.

Should Stack Exchange do something about it?

SE is willing to help as long as it doesn't end in them lobbying actively:

Should we as individuals do something about it?

On 5 March, S&D Group Chair, MEP Udo Bullmann, tweeted that the S&D wants a thorough debate on the copyright reform and cannot support moving forward the vote. MEP Gabriele Zimmer, Chair of the GUE/NGL Group, also tweeted a similar message, but warned that opposition from the S&D, Greens/EFA and her own group is not sufficient. Therefore, it remains important to maintain pressure on the other political groups.

MEP Manfred Weber, the EPP Group Chair, made a statement claiming that the copyright reform vote will remain scheduled for the Week of 25 March. As a reaction, German MEPs Julia Reda (Greens/EFA) and Tiemo Wölken (S&D) have asked the EPP to formally withdraw its request to move the vote forward from the agenda of the 7 March meeting of the Conference of Presidents. This has yet to happen.

Should we or SE do nothing?

If so please post an answer explaining why we shouldn't.

This answer is outdated!

On 26 March 2019, all 750 Members of the European Parliament (MEPs) adopted an EU copyright reform that forces upload filters onto the Internet, as Article 17 (ex Art. 13) was not deleted. The next step is the final approval of the Council (= EU Member States) at the Ministerial level, which is expected in April. Check here for more information about how your MEPs voted on 26 March.

I will post a new answer as soon as more information is available.

PS: Media in my country are now regularly posting on how "dangerous fake news is". Out of 5 newspapers only 1 has tangentially mentioned Article 13. They are preparing their audience for its implementation. This propaganda is surreal.

If all the companies mentioned above (including Creative Commons whose very license we are currently using) can't convince you of the importance of article 13.. I guess nothing will.

Keep in mind that the social credit score dystopia in China along with its massive surveillance didn't happen in a day.

Sidenote: Interestingly enough similar cases of massive censorship (SOPA, net neutrality) have posts with +500 to +800 upvotes. Yet this question got -10. Is it because Article 13 is outside the US? Was it random (seeing negative votes making it more likely to down-vote)?

One of the actions proposed by Save Your Internet is to email your Members of the European Parliament. You can select your country: 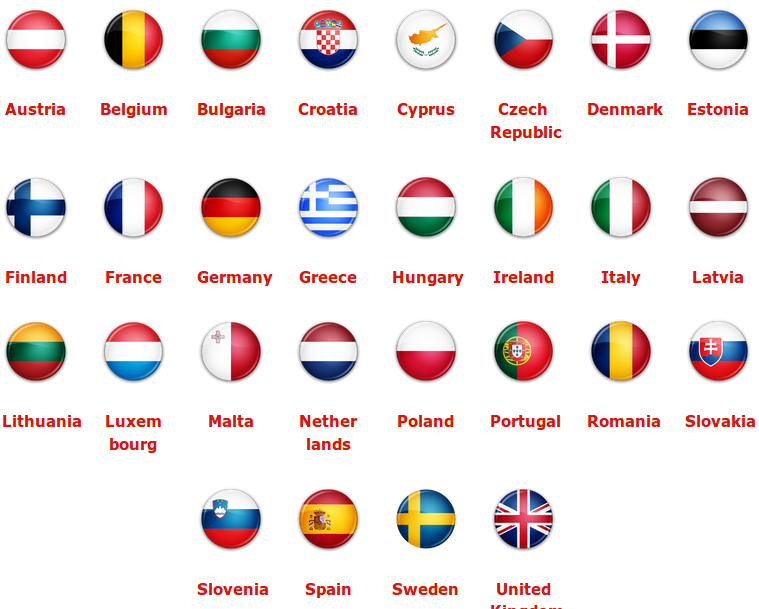 Then you can see the Members that are for or against article 13 along with contact info:

There are also a lot of useful tips, including how to customize your message as to refute the claim that the whole protest comes from "bots".

I feel that individuals need to just simply make efforts to block all European traffic. In my opinion, this is the perfect way to respond for all parties involved. Not blocking traffic from Europe will affect our online behaviors. In my opinion, this is a "move it or lose" moment in internet history. Moreover, if we pass this test, we could really be in a great position to advance as a culture on the planet.

The European Union has embarked on a process that's not good for anyone, not even it's own organization. To capitulate to them would be to allow them to diminish themselves in a cycle of entropy that might not see a conclusion. We've come too far as a species with an ever growing base of knowledge spread over and touching so many lives to turn around for a few sub-par content providers who happen to be winning a zero sum game of currency collection. Think of the lost diversity of informed decisions from all socio-economic classes. This is what man has been fighting for all along. We've got one of the greatest things of all, now, we must decide if we want to give it back through inaction.

If we try to get along with the EU directives, we'll be looking at an internet that will be worse for all. Certainly, Europe has a responsibility to rid themselves of this cancerous legal framework, but for as long as we judge them from afar, we are just as responsible as they are if we choose to do nothing. Blocking as much European traffic possible will give the internet at least a pocket of freedom of expression that Europeans (and anyone else for that matter) can still enjoy while vacationing outside of Europe or any totalitarian state. Moreover, if the European Union gets away with policing the internet, whose to say they'll stop at article 11 or 13? I feel this in direct response to populism in Europe. Allowing Europe's wealthy class to crush the voice of the lower classes will surely exacerbate inequity among people in Europe born in Europe and elsewhere. Think of all of the untrue things we'll all have to say is true to keep our internet citizenship. Moreover, internet citizens will be tirelessly trying to read and interpret the letter of the laws, when that time could have been spent examining the motivations behind the law. Moreover, examining their motivations might even lead to a clearer understanding of just what the laws are to begin with.

We have the power to transfer information from one corner of the globe to the other in the blink of an eye. The question now is, "What quality do we want that information to be?" Do we want to give quality information or the best we are allowed to give? Constipating the internet would be the biggest mistake mankind has ever made in our history. Imagine any other generation of mankind seeing us give into our worse nature and sacrificing that which could set us all free. Other generations had problems that they couldn't imagine the answers to. Now we have answers to questions that we never knew we should have had.

And lest we forget Aaron Swartz in the middle of all of this. If the European Union or any other government for that matter is allowed to put roadblocks on the internet, I don't want to hear of anyone petitioning them for some power back in some small form. Just look at what happened to Aaron Swartz. We have already sacrificed too much in the name of tolerance for government/corporate gate keeping. Let's keep the internet the terrible and wonderful place it is because anything else will be a great leap backwards.

Lastly, I am seeing many more down votes on my answer than participants in the comments. Everywhere I go, I am expressing this opinion. I am trying to win as many people over to my position as I can. I'm asking everyone with a website to adopt my position (not just this SE). If my position is wrong, you have knowledge as to how it is wrong, and I'm not seeing it, you should bring it to my attention so I give up this position.