I first noticed it on the Timeline for Winter Bash 2018 Knitting, but I've seen it on other timelines for other posts on other sites.

When I hover over certain events in the timeline: 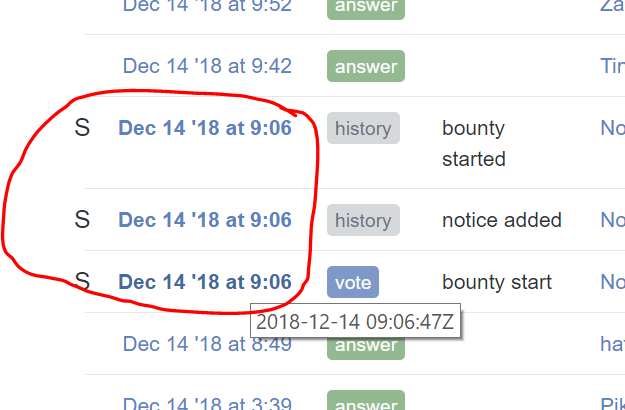 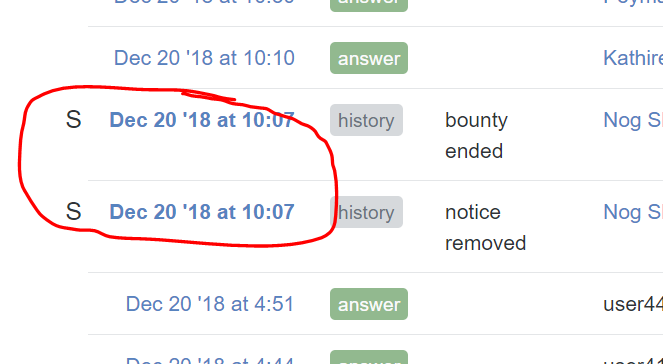 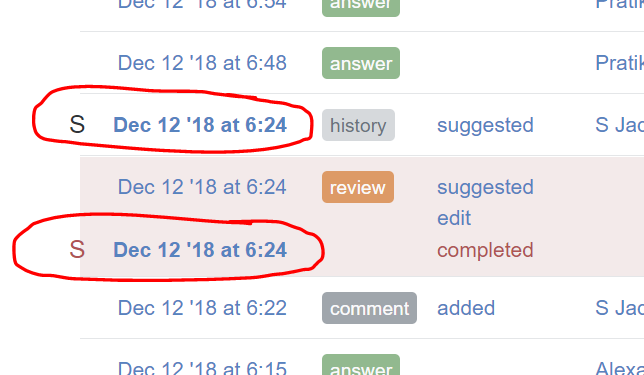 When I hover over the S that has appeared, a tooltip shows up with text "simultaneous dates". 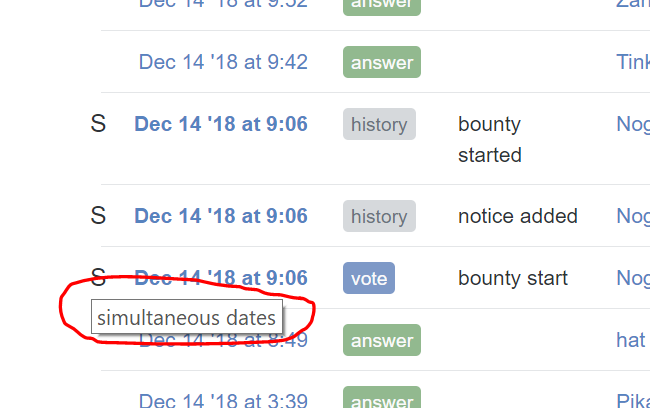 When I move the mouse away, it reverts to normal.

What is the purpose of this? Does this occur on any other timeline events? Is it just to indicate that those events occurred simultaneously?

Is it just to indicate that those events occurred simultaneously?

Yes. It's a single action which led to multiple events. There's no guarantee about in which order they will be shown; it would be ideal to show them horizontally next to each other, but as you can see, there is no space for this. Other solutions would be to group them together in a box, but this might be too distracting for whoever designed/developed this page.

You might think that the timestamp itself is distinguishing enough (even though it doesn't display seconds). However, for recent posts, the timestamps are relative ('x hours ago'). Then it becomes harder to see if events are really simultaneous or not.

I must admit that the way the S partially overlaps the red background for the suggested edit is rather awkward, though this seems to be browser dependent: for me, the background fills the entire row:

Not the answer you're looking for? Browse other questions tagged support timeline .

468
How does deleting work? What can cause a post to be deleted, and what does that actually mean? What are the criteria for deletion?
14
What's wrong with /timeline?
147
Add a link to the timeline of a post
6
Edit conflicts during a re-edit within the 5-minute window can create an erroneous revision history
4
Why do some tag info pages show who created them and others don't?
2
Why do timeline review events sometimes show the number of reviews of each type and sometimes don't?
64
Make existing timeline icon of a post available to anybody and not only to mods