Posts edited counter (for Strunk & White badge) is sometimes off

This question is inspired by Edit counts toward Strunk & White badge do not always add up to 80, where I remembered that I wrote a Global Edit Summary, which is (on some sites) off by one or more posts.

As an example, consider my Travel Meta profile. The SEDE query says 5 posts edited, but the profile and the badge tracker say 10: 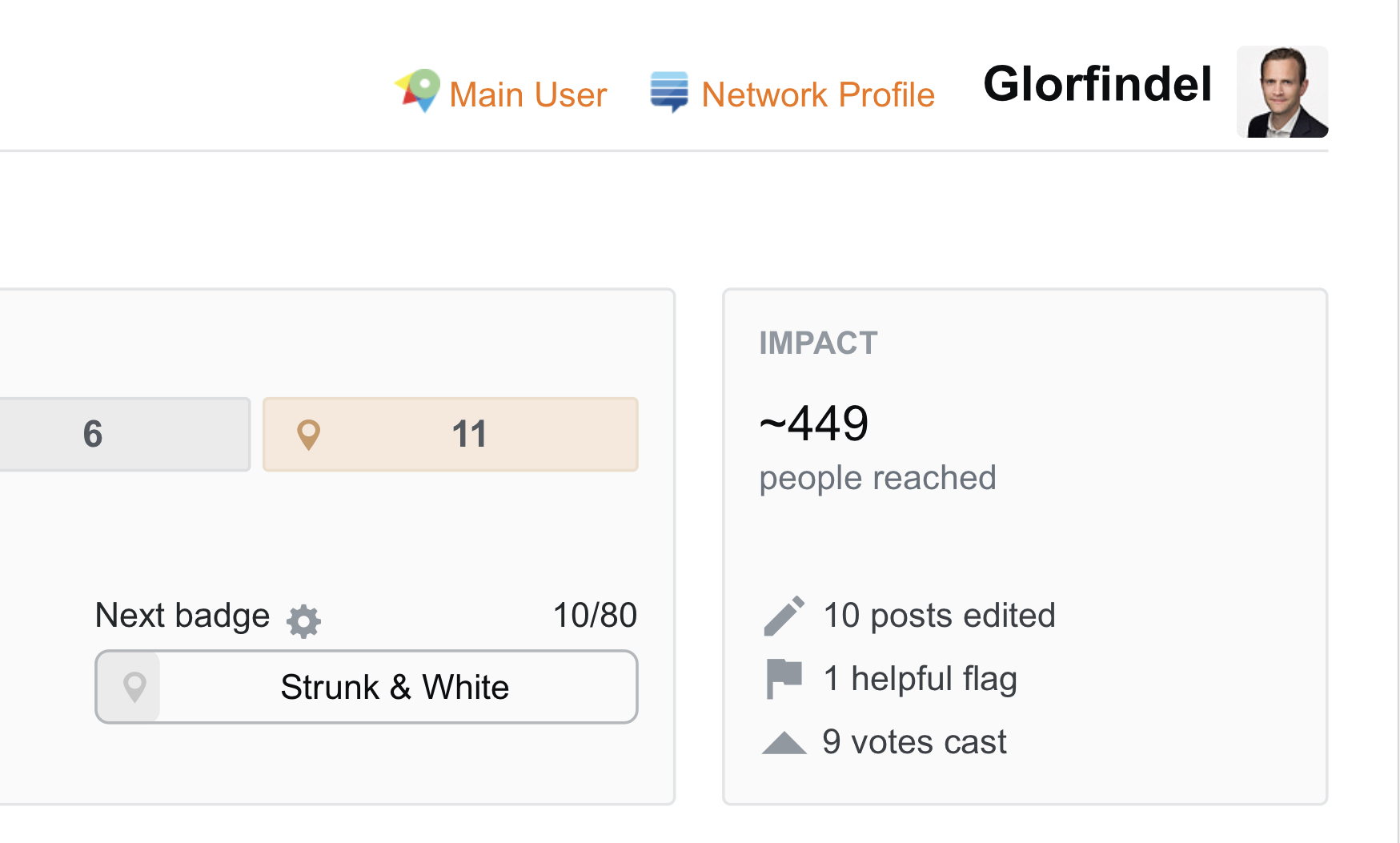 There are 13 revisions listed; for the ones on December 13th I only changed the tags, so they don't count. The six revisions in February were on three different posts, and the four oldest revisions were on the same post.

All in all, only these five posts should count towards the badge:

and my query correctly lists them as such. I have no idea where the other five are coming from ... Edits to deleted posts don't count, so in theory everything should be visible on the profile, right? Or am I missing something here?

Most of the times, the query produces the same results as the counter on my profile (not counting edits made after last Sunday morning) but there are a few other sites where the counter and/or the query are off (e.g. Bitcoin where the query reports 54 and the profile 55).

I've found another case where the counter is off by a wide margin. On Board & Card Games, my profile claims I've edited 508 posts (and I recently was awarded the Copy Editor badge), while the appropriate SEDE query says I edited only 446 – 62 less. It wouldn't fully explain the difference, but I've done almost 50 tag-only edits. They are not supposed to count towards the badge, but maybe they do?