I just encountered this question in the Close Votes review queue. Suppose I want to keep it open, but also correct the various grammar mistakes in the post. There's an Edit button for that (since I have enough reputation) ... but somebody else already did that in the form of a suggested edit. Having me duplicate the work of the editor would be a waste of time (and deprive the editor of their reputation, since their edit will be automatically rejected as an edit conflict). I remembered that I saw this question in the Suggested Edits review queue since I happened to review in that queue first, but I wouldn't have if I had visited the queues in a different order. Unlike the First Posts / Late Answers queues, there's no indication ('edit (1)') that there's a pending edit on the post: 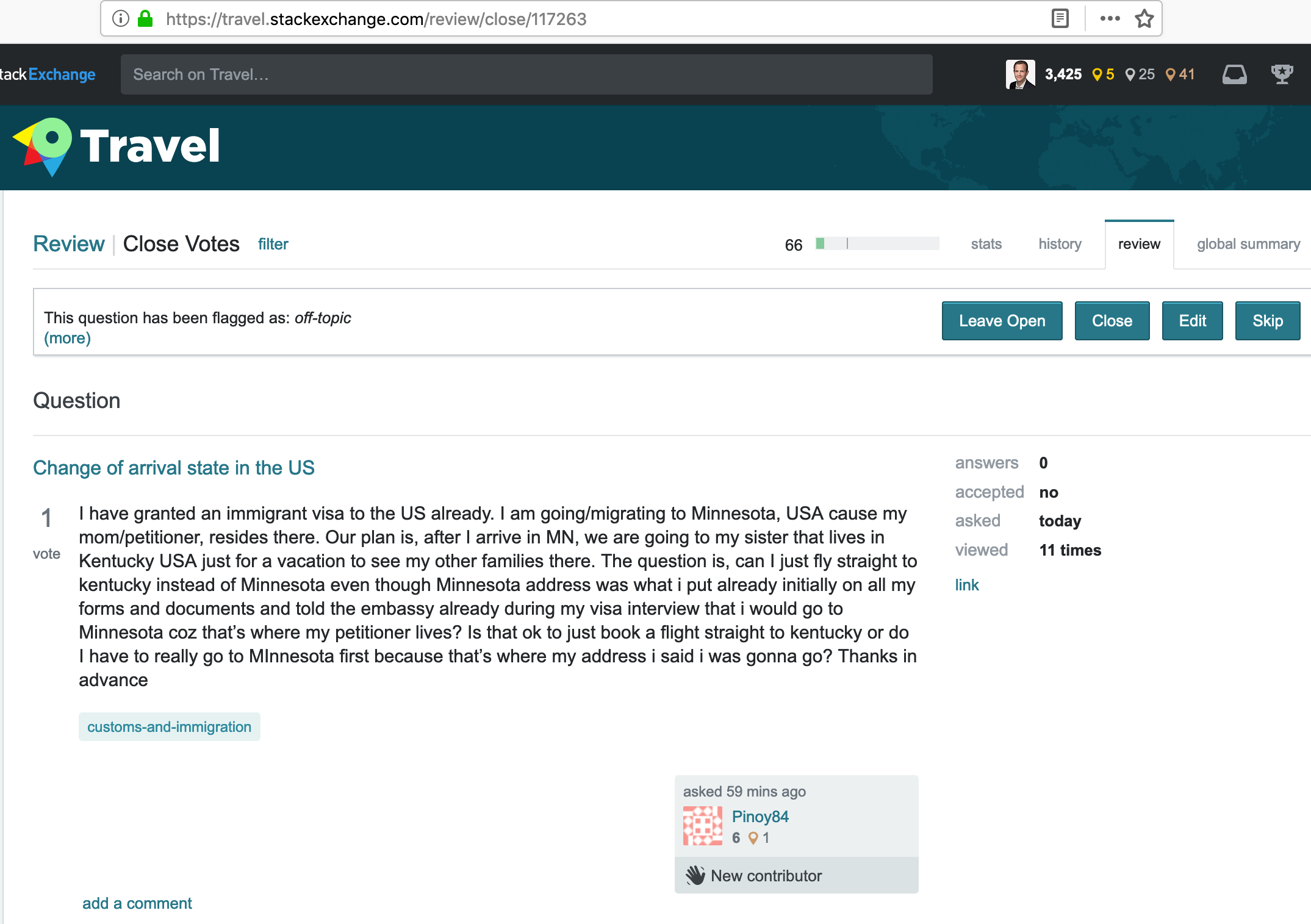 I propose to show if there's a pending edit in the Edit button, like this:

Clicking the edit button could either show the suggested edit in a popup (like when reviewing one outside the review queues) or somehow navigate to that queue - you probably want to return to the Close / Reopen queue after reviewing the edit.

(FWIW I have voted to close the question outside the queue since it's an Expatriates rather than a Travel question. I just needed an example to show.)

This is also a problem for beta and non-designed sites, since their reputation levels are such that the close voting privilege is given out before the editing privilege (specifically, closing at 500 rep and editing at 1,000).

While there is no option to review as "Edit" in the Close Votes queue if the reviewer has close voting privileges but not editing privileges, the option to "Edit and Reopen" in the Reopen Votes queue still exists; that option is for the case where the question is closeable as written but can easily be salvaged, sometimes through the author's later comments.

Whenever I use that option on designed sites, my edit is by definition applied immediately and it usually gets reopened. However, on beta and non-designed sites, it's often the case that the suggested edit doesn't get reviewed until later, and in the intervening time other reviewers don't see it, so it results in a "Leave Closed" outcome on a reopenable post (once the suggested edit gets reviewed). Until the existing reopen votes have aged out (and after an additional 14-day waiting period for users who previously voted), the post can't be re-reviewed for reopening.

To resolve this case, I think that your proposal of letting close and reopen reviewers know if there is a pending suggested edit is great; reviewers with editing privileges can check to see if the edit makes the question reopenable and review both the suggested edit and the reopen tasks, which will also allow others to see a reopenable post and thus vote to reopen it, making it much closer to how it works on designed sites (where all "Edit and Reopen" edits are binding).

This request is related to work that our designers or developers are currently doing or will be starting soon. You can have a look at our current roadmap, and we'll provide more details if we decide to fold this into existing plans.

Not the answer you're looking for? Browse other questions tagged feature-request status-planned review suggested-edits vote-to-close .

848
Can we have the ability to retract a close vote before it closes?
292
How do suggested edits work?
417
Decision on rejected edits should be displayed as a notification to the editor
145
Improvements to a suggested edit cannot be submitted when the suggestion is approved during editing
534
The current review system encourages fake reviews; some people upvote everything rather than actually fixing problems
180
What are the guidelines for reviewing?
402
Add an “I don't understand” option for review audits
154
Improving the Review Queues - Project overview
119
Visual design changes to the review queues