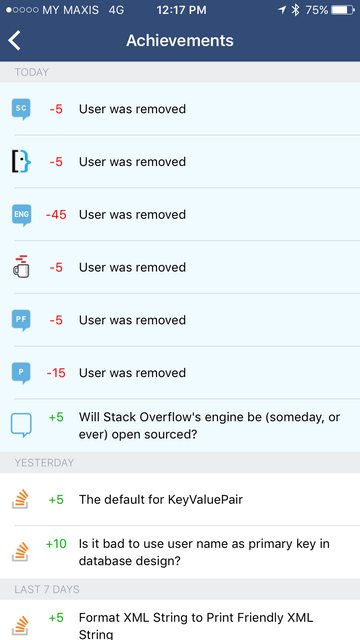 discussion support deleted-accounts
Share
Improve this question
edited May 28, 2019 at 19:00 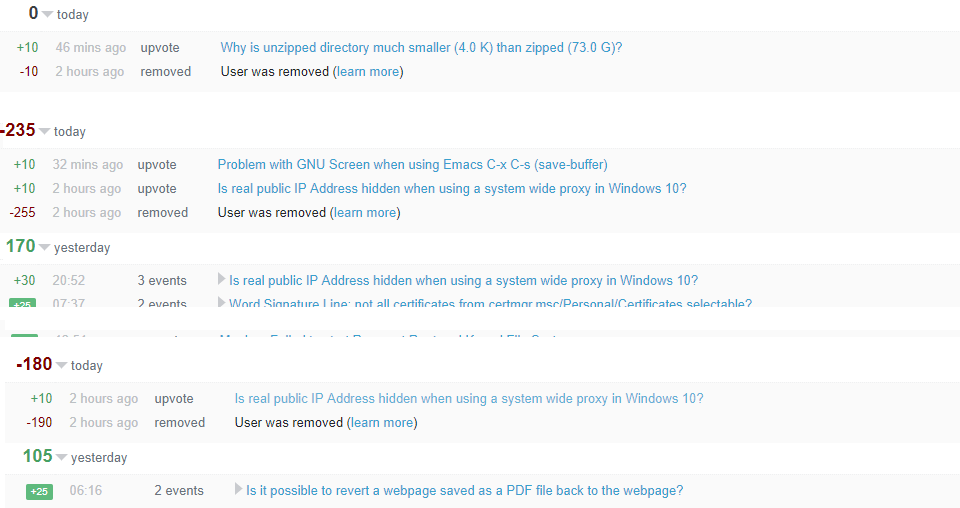 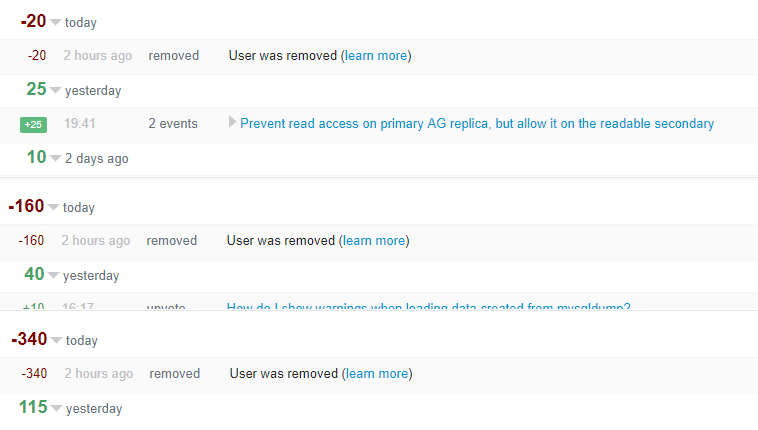 1
Is there a limit for "user was deleted" being propagated as reputation being removed?
1246
Don't throw away all votes when a user is deleted
185
Wiping votes on deletion of highly active accounts (-865 points on "User was removed")
29
Please update the text in help for "User was Removed" reputation changes
24
Change the criteria for vote retention upon account removal
7
What is the highest amount of reputation lost in a single day?
15
How can I prevent my questions from being removed by roomba (Stack Exchange's automated question deletion system) after a user was removed?
10
Rightmost icons are chopped in the achievements dialog
4
Always preserve votes from users who are voluntarily removed

1246
Don't throw away all votes when a user is deleted
836
What does "user was removed" mean and why did my reputation change because of it?
572
What is serial voting and how does it affect me?
660
What is the association bonus, and how does it work?
2788
A Terms of Service update restricting companies that scrape your profile information without your permission
2501
Firing mods and forced relicensing: is Stack Exchange still interested in cooperating with the community?
2252
Stack Overflow is doing me ongoing harm; it's time to fix it!
749
New Feature: Table Support